Isn’t it time to let the planet ‘rebound’ from some of the damage we’ve inflicted on it asks the writer? Well, yes, it probably is as our ‘growth’ as a species has been pretty virulent ever since mankind learnt to domesticate wild grasses in the Fertile Crescent four millennia ago. There’s no doubt that in its history farming has led to population explosions, the concept of ownership, settlements, wars and famine.

The New Scientist piece is a fascinating article by an environmental researcher arguing for re-wilding although Bohemianmojo tends to think if man retreats from an area nature will do it’s own work without armies of technocrats to help it ‘plan’ a return to the wild. However, once again we witness in this article a call for the abandonment of meat eating in favour of vegetables in a sidebar to the main piece. We’re assuming the author is a vegan or vegetarian himself although we stand to be corrected on this point.

In any case the same old arguments are regurgitated. It takes more land to make 100 grams of meat than the same amount of veggie protein, more to produce chicken than tofu, cows milk than soya.  A ‘global transition’ to a vegan diet would free up all pastureland, two thirds of our agricultural area, for wildlife.

A parallel vegan argument is being spun out again with research led by Loma Linda University in the USA rehashing the old ‘rear end methane from cattle raises global temperature argument. The researchers boldly venture that up to 75% of the nation’s greenhouse emissions reduction for 2020 could be achieved by ‘simply’ replacing beef with beans in the diet of Americans and cutting out all that methane from cattle bottoms.

We have two arguments – let’s call them the Return to the Wild and Beans not Beef theories – and we assume both would support each other. But Bohemianmojo sees a convergence in them.

Imagine, when Americans cut steak from their diets and eschew beef stew there will, theoretically, be vast tracts of pastureland to return to the wild. Great! We’re all for that, but remind us, what was the major inhabitant of the big horizons of the American interior. Got it! The iconic Wild Buffalo, or Bison, along with vast herds of herbivorous deer. Bison are, of course, a bovine species and we assume they may create as much gas as the average Longhorn.

It’s all nonsense and we were shocked that the otherwise laudable EcoWatch website ran a piece on the Loma Linda Bean Theory, which casually stated, “It confirms what we've known for a while: To protect our warming planet, we must start moving animal products, like meat, cheese and eggs off of our plates.”

Have we actually known that for a while? Has it been confirmed? We think not. First, as always, Bohemianmojo is suspicious of science. Gone are the days when you could take research data at face value as evidenced by the recent exposure of a professor who put his name to a paper written by Monsanto in return for cash. (See our article )  We’re not suggesting for one moment that’s the case with the research but we’re entitled to some scepticism and to pose questions.

For instance, what are the dietary preferences of the team working on this research? Are they largely vegan or vegetarian in which case is this self-fulfilling science? Second, who funded the research? We’re guessing it wasn’t the beef industry but someone did.

At Bohemianmojo we are unashamed meat eaters. We value meat and we value where it comes from to the extent we won’t eat anything that’s no been fed on grass and has been allowed a contented life and humane ending. We first heard this idea, linking cattle, meat eating and global warming, proposed by the head of the UN climate change panel (IPCC), Rajendra Pachauri of India. This gentleman was thoroughly discredited when he claimed the Himalayan glaciers would vanish by 2035 (they’re still growing) and then had to resign over allegations of sexual misconduct.

But there are other facts and factors, which seem to have been conveniently overlooked in the latest version of the cattle, global warming linkage. Most of the beef in the USA, by far, is not ‘grown’ on the range where the deer and the antelope roam but in massive feed lots. They have no access to grass but are fed with anything from corn to cookie waste all liberally washed down with large doses of antibiotics. As a consequence there is less demand on pastureland in the US and in other traditional cattle raising economies like the Argentine, which might go some way explain the shrinkage in agricultural land.

On that same point we’d like to ask Loma Linda are they estimating the amount of gas emission based on data from cattle raised in feedlots? If so research has clearly demonstrated cattle fed on these unnatural diets create a lot more gas. Conversely scientists in Australia and Nebraska have shown that grass fed cattle emit nowhere near as much gas precisely because they are eating their natural diet! One practical experiment in Nebraska actually showed that cattle emitted even less methane when fed on beans. Fantastic news. Feed cattle beans to save the planet. Yes, as ridiculous as the vegan theory isn’t it.

We think more research is needed. Shouldn’t we try to estimate how much more gas will be released by the 303.1million US citizens when they’ve been ‘converted’ to bean consumption. After all beans are well known to create gales of wind in the average person. We need to know. Will Americans fart more gas, in total, than the country’s 92 million cattle when they’re on beans? And when Great Plains revert to their natural state how much methane will be created by the 60 million Bison we hope will migrate across the landscape once more.

There is one unassailable fact that all the combined effects of cattle farming on the planet produce less than 15% of emissions not fifty-one. At Bohemianmojo we can’t resist saying this flatulent cattle argument should be put to rest and vegans should stop gassing on about.

But don’t just take our word for it. Look at the figures. The US Environmental Protection Agency estimates that 10% of the county’s emissions is methane. Of that total 10% to 25% is due to enteric fermentation (stomach gas.) That’s less than 3% of the total amount of methane emission from the United States and nowhere near enough to lend any weight to the Bean Eating Saves The Planet theory. It’s bunkum. 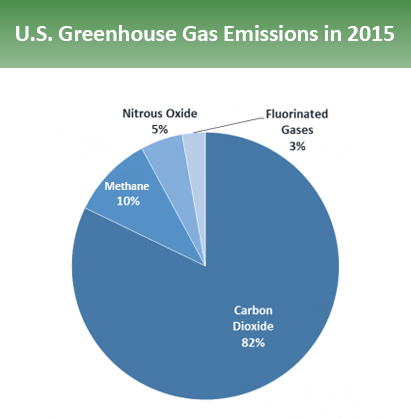