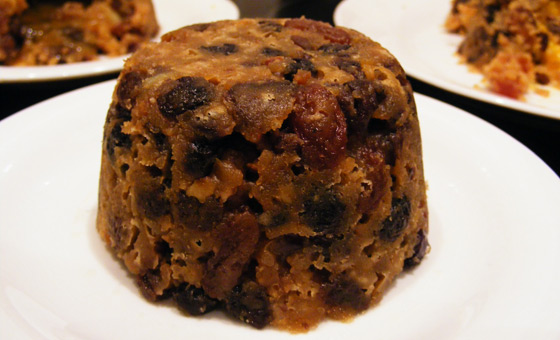 That’s right, it’s that time of year for a scrumptious, sweet, moist, and dense plum pudding. 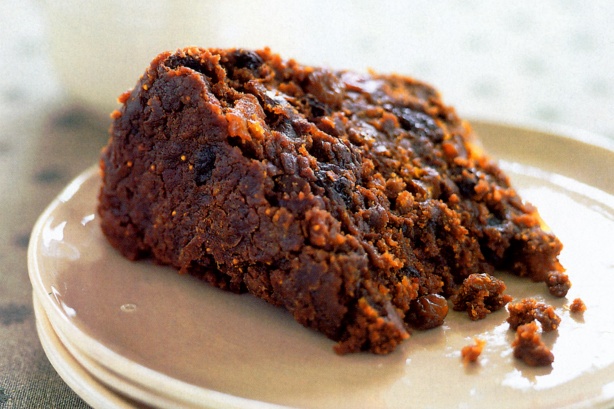 Plum pudding is a traditional pudding found in the U.K. It is also referred to as Christmas pudding denoting it as an included part of traditional Christmas dinner. There are many variations of Plum pudding but it is generally agreed that traditional versions didn’t ever include plums. Rather, the word plum in medieval England, typically meant raisins. To that end, plum pudding is actually a steamed cake, with raisins, candied fruit, and a variety of spices. The variations of ingredients are plentiful, although the raisins are always included. Traditional plum pudding is made with raisins, candied fruit, suet, eggs and a bit of treacle or molasses. Throw in the trinity of spices, cloves, nutmeg, and cinnamon and some spirits and you have a plum pudding. Once the ingredients are combined they can be carefully pressed into an appropriate pan and preserved for several weeks, even months before steaming to perfection. The first recorded reference to plum pudding can be found in writings from the 1400’s. It has been a part of holiday meals ever since. As a holiday custom, a trinket or coin is typically baked into the holiday pudding. The finder of which is assured luck and prosperity for the upcoming new year. 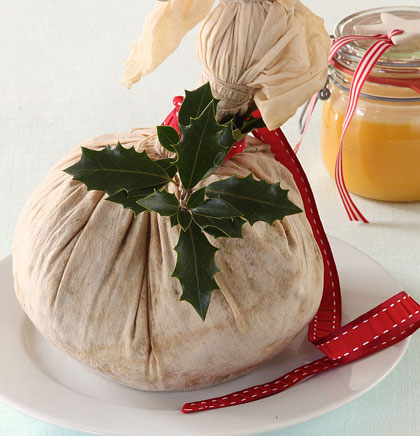 From a culinary perspective, traditional plum pudding is on the one hand, quite easy to make but on the other hand quite labor intensive. It’s definitely an endeavor that involves time if nothing else. Plum puddings can be made way in advance of the holiday season, in fact, in many instances, the pudding for the next year is made during the holiday season of the present year. All the ingredients are carefully combined, then scooped into a piece of cheesecloth or cotton sackcloth, then formed into a ball and tied. To prepare and serve the pudding involves steaming it to perfection in the oven and then just before serving you can heat a small amount of brandy or whiskey in a metal spoon, drizzle it over the pudding and light with a match. Poof, flaming pudding...but only for a moment and then it will be ready to enjoy.
From a health perspective, plum pudding, if made form quality ingredients, is actually not that bad for you. Unsulphered, manually dried fruits, organic eggs, brandy and you’ve got some quality ingredients that are worthy of the occasional consumption. This recipe is attributed to none other than Mrs. Charles' Dickens:

Combine the candied peel, walnuts, raisins, muscats, currants, cider and 1/4 cup of brandy in a jar. Cover tightly. Let stand several hours or overnight, shaking the container occasionally. Combine flour, bread crumbs, cinnamon, sugar, nutmeg, cloves in a medium bowl. Beat together butter and brown sugar in a large bowl until the mixture is light and fluffy. Bean in the eggs one at a time, then stir in the flour and bread/crumb mixture to make a thick batter. Add the brandy soaked fruits and walnuts and mix well. Spoon the batter into a well-buttered 8 cup mold or two well-buttered 4 cup molds. Each mold should be no more than 3/4 full. Cover the mold, or molds, and place in a large pot. Fill the pot with enough water to reach three fourths way up the sides. Bring the water to a boil. reduce heat to medium low, cover tightly and steam the pudding for about 4 hours. Check water levels to be sure water remains. After 3 or 4 hours (depending on size of mold) remove the mold from water and let pudding cool for a few minutes, then turn it out onto a serving plate. Douse the pudding with the remaining brandy (about 1/4-1/2 cup) then carefully ignite with a match. Once the flames have subsided, serve with a brandy hard sauce (coming later).