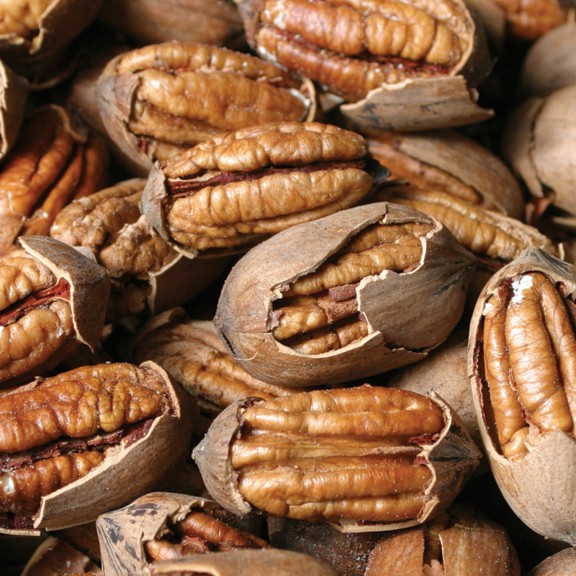 Crunchy, nutty and slightly sweet, pecans are one of my favorite nuts; I love their ridged surface and meaty texture and I find that they are slightly sweet and buttery in flavor. 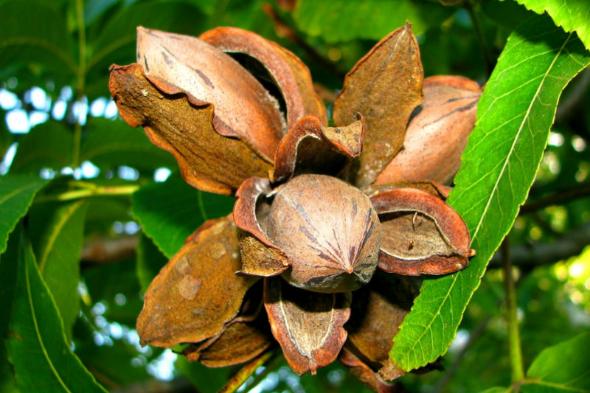 Pecans are a type of hickory nut. The get their name from the Algonquin Indian word “pecane”, which basically translates to “nut the needs to be cracked with a stone”. Which sort of fits the description of all hard-shelled nuts but since the pecan is native to North America and was first cultivated by the Native Americans, it makes sense that the pecan would end up with this very descriptive name first.

According to historians, cultivation and use of the pecan in the diet remained almost exclusively a Native practice until the 1700’s. Then in 1775, Thomas Jefferson (who was an avid gardener and naturalist) became enamored of the nut on a trip to the Mississippi valley. He returned to Virginia with a store of nuts and some seedlings which he shared with George Washington. They immediately set about cultivating them on their farms and the pecan began to make its way more thoroughly into the American diet. It is now the second most popular nut in the U.S. 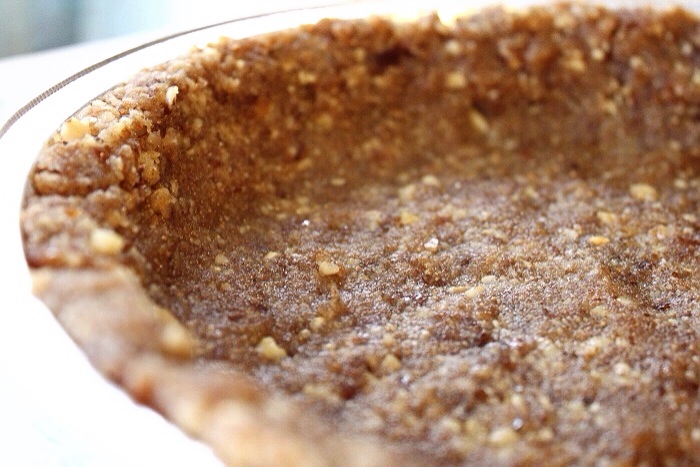 From a culinary perspective, the pecan is super versatile. It is commonly used in dishes both sweet and savory, especially in southern cuisine. Of course, probably the best known uses are Pecan pie and Pecan Praline, both of which are southern delicacies. I love to use pecans in raw food recipes or as a nut based crust in desserts and puddings. I also add them to a variety of dishes both sweet and savory. I’ve been known to scatter them over sweet potatoes, toss them into oatmeal, shake them onto a salad, chop them into brussels sprouts, you name it. I love them because they are pretty mild and very flavorful. They don’t tend to have the bitter aftertaste that can sometimes accompany other nut flavors like walnuts and hazelnuts.
If you want to make a quick and easy and relatively healthful pie crust you can try blending some pecans with a few soaked dates and a pinch of sea salt and dash of cinnamon and/or vanilla. Blend in a food processor until it begins to clump together and take on a rolled quality. Then press them into a pan and voila...pie crust. You can pour in any no bake ingredient or if you are going to bake, just make sure it is at lower temperatures so the nuts don’t burn.

Basically, one cup of pecans and 3 or 4 dates is all you need to give you a full pie or tart crust. 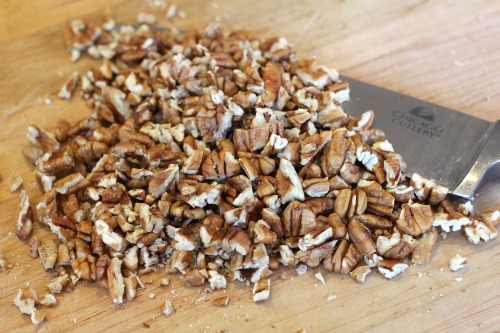 From a health perspective, pecans are amazing. I find it interesting that almonds tend to top the media-driven health food list when pecans actually pack more of a balanced dietary punch. They are a great source of healthy fat, protein and fiber. Almonds may have higher protein content and a few more minerals, however, the pecan actually wins out in the phytonutrient arena, making it a fantastic addition to your diet if you are trying to reduce oxidative stress and systemic inflammation (which truthfully, we should all be paying attention to). The chemical compounds in pecans enhance glutathione production which means a happier brain and nervous system.