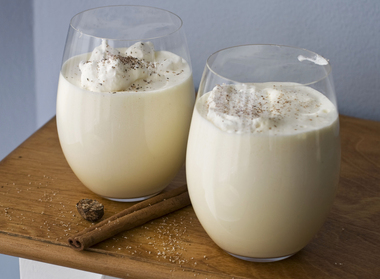 Rich and creamy sweetness, with hints of cinnamon and nutmeg, it’s that time of year for some holiday deliciousness. 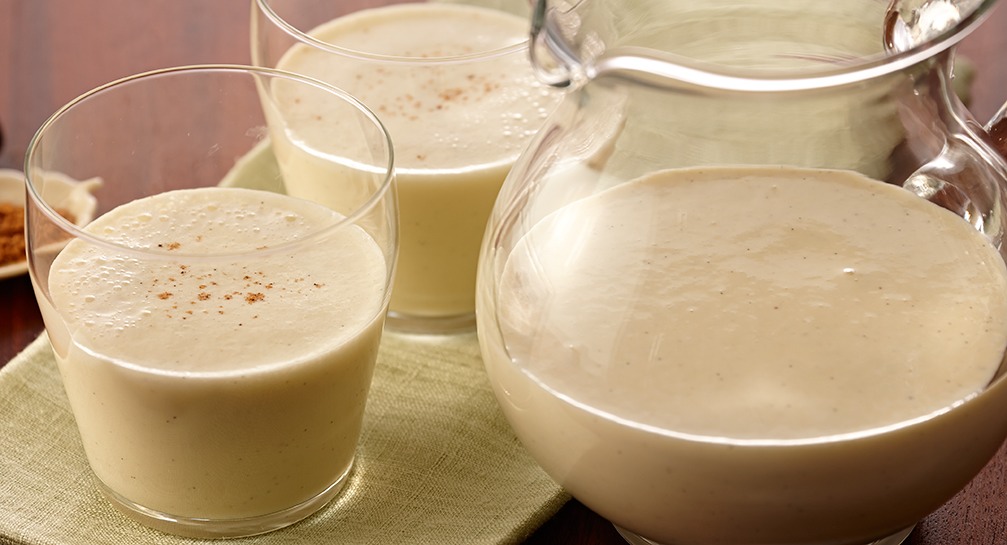 Real eggnog is also known as egg milk punch and that’s basically just what it is; eggs and milk with some spices tossed in. Sounds simple enough and maybe not even that delicious, but trust me when it’s made correctly it is scrumptious. According to culinary historians, eggnog is technically a variation of stirred custard which accounts for its thick creaminess. Many historians theorize that the origination of eggnog is actually a posset, which is a type pudding or custard like sweet dessert which was infused with rum back in the day in British history. Despite its British influence, eggnog is apparently an American endeavor becoming a holiday favorite as milk, eggs, and rum were plentiful. True eggnog is actually an aged delicacy; sitting anywhere from a month to six months in a cold environment. The combination of alcohol, milk sugar, egg proteins and time, combine into a thick and creamy delicacy. 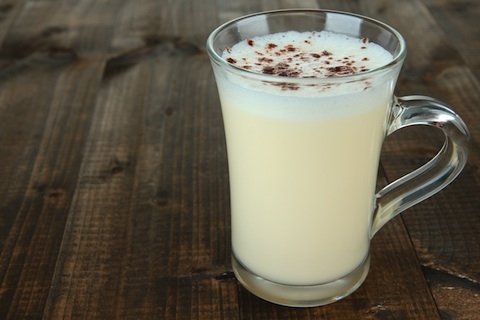 Real eggnog is a culinary endeavor that is absolutely worth the attempt. If you don’t have the time or wherewithal to age it, you can always make a shorter version that is just as delicious. Trust me, what you purchase in the store is nothing like the real deal homemade version.

From a health perspective, well, there is a certain amount of health benefit to egg yolks and real milk. Zinc, vitamin A, B, and D, lutein, zeaxanthin are all healthy components of the egg yolk that will be imparted to the nog mixture. Of course, the addition of rum or bourbon sort of creates its own dimension of health risk. If you are going to make eggnog minus the alcohol you will need to do the shorter version since the aging process doesn’t work without alcohol.

In a large bowl and using a mixer, beat the egg yolks together with the sugar for approx 10 minutes (you want the mixture to be firm and the color of butter).
Very slowly, add in the bourbon and brandy - just a little at a time.
When bourbon and brandy have been added, allow the mixture to cool in the fridge (for up to 6 hours)
Then remove the mixture; stir the milk into the chilled yolk mixture.
Stir in 1+ 1/2 teaspoons ground nutmeg.
In a separate bowl, beat the cream with a mixer on high speed until the cream forms stiff peaks.
In another bowl, beat the egg whites until stiff peaks form.
Gently fold the egg white mixture into the egg yolk mixture.
Gently fold the cream into the egg mixture.
After ladling into cups, garnish with the remainder of the ground nutmeg.