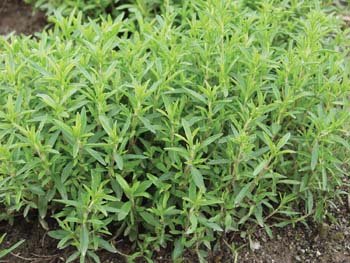 Earthy and sharp, a bit like thyme with a citrusy twist, winter savory adds a nice dimension to holiday food. 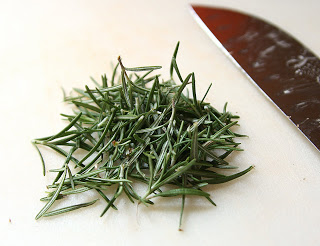 Winter savory, satureja montana, is a relative of other woody, evergreen herbs like thyme and rosemary. There are two types of savory used in the culinary world, a summer variety which is lighter in flavor and the winter variety, which I’ve chosen to include in my herb bouquet for holiday dishes.

According to historians, winter savory is so named (satureja) after satyrs, which are mythological creatures, half man and half goat that lived in meadows of the herb. The volatile oil of the herb was said to ignite passion and was used as an aphrodisiac. Savory was so commonly used in early culinary endeavors that flavorful food became known as “savory”; reflecting the quality of the herb. 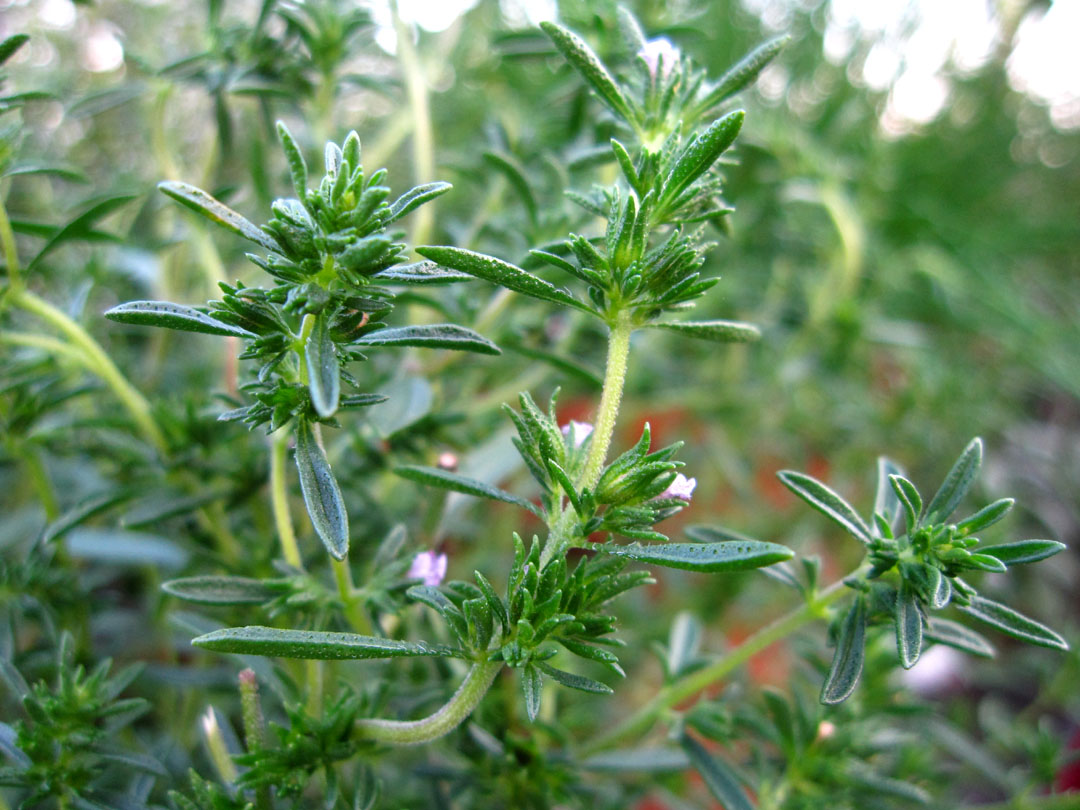 From a culinary perspective, winter savory has a stronger flavor and goes really well with games, legumes and root veggies; basic wintertime fare.

From a health perspective, savory is in the mint/thyme/rosemary family; which gives it similar volatile properties. . It has antioxidant and anti-inflammatory qualities. It is great for circulation and skincare. It is antiviral, antifungal, antimicrobial. It is also great for digestion and immune function. Research suggests that savory increases brain health and is effective in fighting free radicals that contribute to disease. It’s no accident that savory is referred to as the herb of happiness; the volatile oils give it a refreshing quality that lifts spirits. This makes it so very useful in mood disorders like depression.