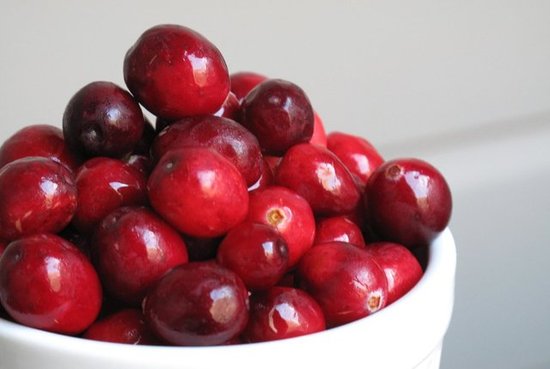 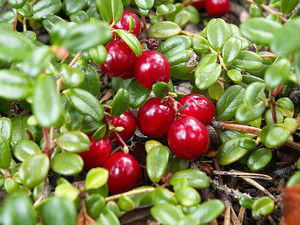 Cranberries, specifically the variety Vaccinium oxycoccos, come from small, evergreen shrubs that are indigenous to the Northern Hemisphere; growing wild in swamps and bogs. They are a member of the Heather family. In North America, wild growing cranberries were part of Native American culture, used not only for food but also as a medicinal intervention and a fabric dye. Historical records suggest that cranberries were introduced to pilgrims around the year 1620. First reported domestic cultivation of cranberries, via cranberry bogs is reported to be around the 1800’s.

From a culinary perspective, cranberries are a traditional and seasonal treat. They are typically harvested around October and end up finding their way to the dinner table throughout the holiday months. Because of their strong and astringent flavor, cranberries are typically used in smaller amounts or as a condiment. Cranberries can also be juiced, producing a tart and astringent power-packed juice. As a berry you can add them to baked goods, sautéed, stir-fried, cooked into compotes and sauces. Creative culinary endeavors abound if you’re feeling adventurous. Here’s a delicious cranberry sauce recipe that is a bold twist from the traditional: 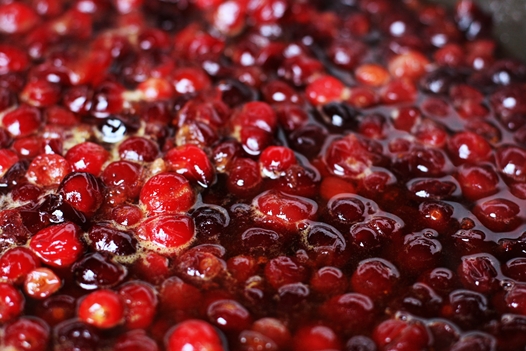 From a health perspective, cranberries are considered a superfruit. They are a rich source of vitamins, minerals, and phytonutrients. They are high in Vitamin C, Manganese, and even fiber. The phytonutrient content is fantastic, with cranberries being beneficial for decreasing oxidative stress, systemic inflammation and having significant antibacterial/antiviral/antifungal qualities. It has long been demonstrated that they are useful in preventing bacteria from adhering to the walls of the urinary tract, aiding in the relief of bladder and urinary tract infections. Research also demonstrates that the chemical compounds in cranberries are highly effective against the helicobacteria pylori bacteria that contributes to ulcers and other stomach and gastrointestinal tract issues.

The caveat? Research is demonstrating that it is the entire cranberry that is most effective in these medicinal situations, rather than as first believed, extracts and isolated nutrients. In other words; drink the whole berry in a juice, eat the whole berry in your foods, don’t rely on supplements.