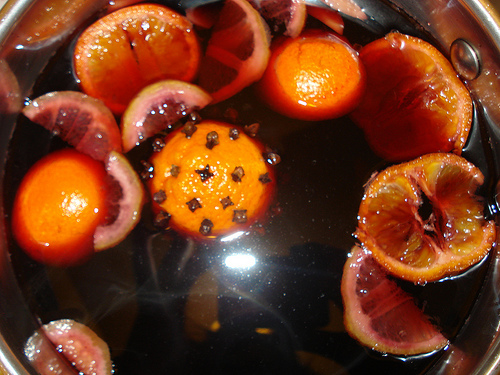 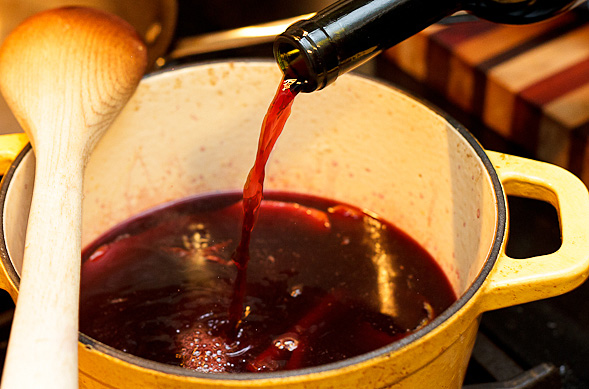 Mulled wine is made by warming red wine with a variety of spices; like cloves, cinnamon, anise, sometimes sugar and vanilla. Almost every culture has examples of spiced and heated wine. In German it is called Gluhwein; in Norwegian and Swedish it is Glogg. Historically, mulled wines were common as fall and winter set in and were considered medicinal.

From a culinary perspective, mulled wine is an easy holiday treat and depending on the length of heating time and temperature it can be alcoholic or non-alcoholic. Traditional recipes call for a sachet of spices like cinnamon sticks, orange peel, anise seed stars, and cloves. I typically put the wine in a slow cook crockpot and toss in the spices, letting it slowly heat and ‘mull’ for a few hours before serving. Some recipes call for adding sugar, although I don’t recommend it and it doesn’t seem to be an ingredient in more traditional recipes. 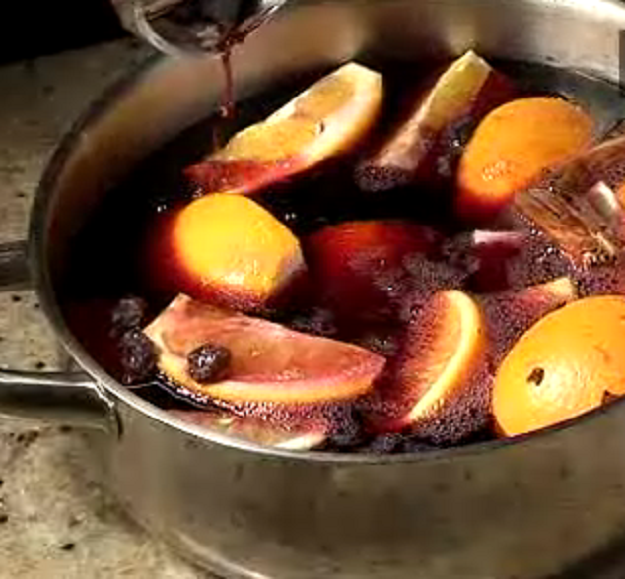 From a health perspective, interestingly, initially mulled wine was a health intervention. Typically, drinking wine was healthier than drinking water, especially in populated areas, so tossing in some antiviral, antimicrobial, and antifungal spices, like cinnamon, cloves, ginger, anise, etc... was a great combination for immune boosting and disease destroying. They weren’t far wrong, in moderation, red wine by itself is a rich source of antioxidants and other phytonutrients. Resveratrol is among the most popular being in the limelight of pop culture health and fitness. Research suggests that resveratrol decreases incidence and potential of cardiovascular disease as well as balancing cholesterol and reducing the formation of blood clots. Resveratrol also protects against cell damage and mental decline. The ellargic acid found in red grapes also contributes to metabolic increase and increases the body’s fat burning potential, mostly by decreasing the body’s ability to produce new fat cells and delaying the growth of fat cells already present. Remember that even if you are mulling wine and it is tempting to go for a cheaper wine, but it’s worth your while to stay with something consciously produced. Old world wines from France, Italy, and Spain tend to have more stringent fermentation. The rest of the health benefits will depend entirely on the type and amount of spices added. Cinnamon, cloves, ginger, anise, a hint of nutmeg all have health benefits. When the temperature dips and Jack Frost is nipping at your nose and toes, a cup of mulled wine can be just the holiday treat.