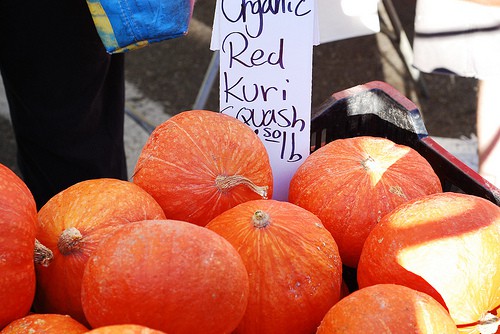 Dense and “meaty” with a nutty, earthy flavor, mashed red kuri squash is a delicious way to settle into the onset of colder weather. 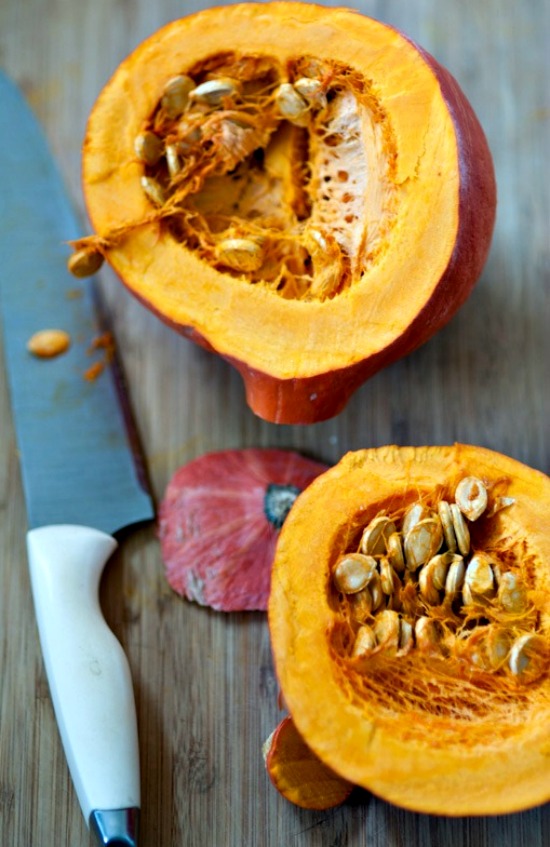 Red kuri squash looks very much like a small pumpkin, just not quite as round. It is part of the pumpkin family, curcubita maxima, but definitely has its own unique flavor and even mouthfeel. Red kuri squash is a popular squash in Asian cuisine, especially Japanese, but is also getting much more popular around the rest of the world. It grows on a vine, like its other squash and gourd relatives, and tends to thrive in warmer, drier climates. It grows very well in full sun and drier soil.

From a culinary perspective, red kuri squash is versatile, delicious, and nutritious. It is great in both savory and sweet recipes. It has a nuttier almost sweet flavor which invites a different level of complexity to the dishes it gets added to. Its density makes it great to cook and bake with. It makes delicious soup, stew, “pumpkin” bread, cookies, curry, stir-fry, and on and on. Today’s flavor was inspired by a baked kuri squash with butter and cinnamon topping. From a health perspective, red kuri squash is full of good stuff. It’s lower in carbohydrate content than other winter squashes but higher in fiber. It is also lower in calorie than its winter counterparts. It is packed with beta-carotene, which helps reduce the risk of certain cancers and other ailments like macular degeneration. It is a good source of vitamins B and C as well as A.

Here’s a simple recipe if you want to give Red kuri squash a try: 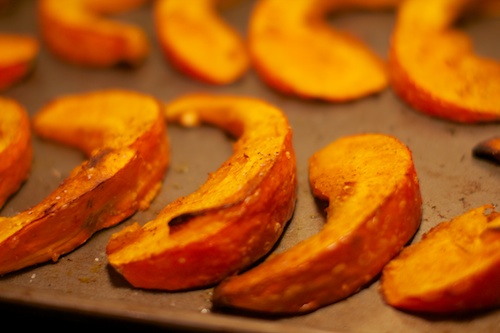 1 small red kuri squash (organic because you can leave on the skin)
1 clove garlic
broth or water
dash of salt and cinnamon
Scrub the squash well to remove any dirt or wax. Slice the squash in half and scoop out the seeds. Cut the halves into 1-inch slices, and then cut the slices into chunks that are roughly 2 inches in size.
Heat a skillet over medium-high heat. Add the oil, followed by the squash, and cook for a few minutes, stirring occasionally. Stir in the garlic, then add ¼ inch of water to the skillet and bring it to a boil.
Cover and reduce the heat to a simmer. Cook until the squash is fork tender, about 10 minutes. You can also simmer off the liquid to create a caramelized effect which is delicious. Season with salt and/or cinnamon or whatever else suits your fancy.

Redkuri also contains a significant amount of pectin, slightly less than a Kabocha squash but still a significant source. Pectin helps your body in a variety of ways; it contributes to lower cholesterol levels, helps to clear the body of heavy metals, contributes to tissue repair in the gastrointestinal tract, and is useful in glucose regulation. Studies have demonstrated that consuming foods high in pectin can also help reduce the risk and occurrence of prostate cancer. It’s another one of those foods that induces apoptosis in mutated cells while helping the healthy cells get healthier.