Aaack! Black licorice with the burn of high alcohol content, absinthe must for sure be an acquired taste. 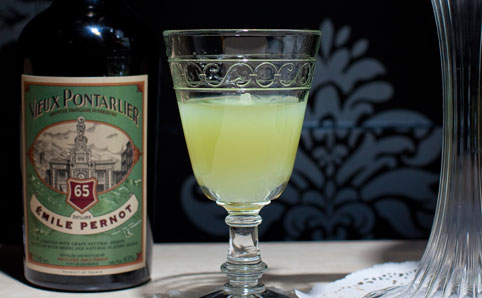 It’s hard to believe that this sharp and heady alcohol was the chosen indulgence of so many great artists and writers in the 19th and 20th centuries (James Joyce, Toulouse-Lautrec, Hemingway). Supposedly, Van Gogh removed his ear under the influence of absinthe and for a time it was banned in the U.S. and much of Europe because it was believe to have such a negative influence on behavior. Perhaps if I had tasted it in a Sazerac, which is a type of cocktail featuring absinthe, it would be more palatable.

Absinthe, also known as the “green fairy”, is a grain alcohol, typically derived from a blend of grains (corn, rye, wheat) and then distilled with herbs like anise, fennel, and wormwood. It is sometimes referred to as a liqueur; however, the absence of sugar in the distilling process keeps it firmly in the ‘spirits’ world. It’s the addition of wormwood, specifically artemisia absinthium, that seems to have created the notorious reputation for absinthe. Wormwood, is an herb historically used for its medicinal properties, it has been used as a stimulant, tonic, restorative for things like digestive issues, parasites, arthritis, anemia, even jaundice. In ancient Greece, wormwood was added to wine and later in the 1400’s it was also found in Europe and England in ales and wines. 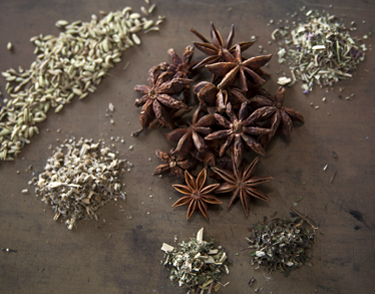 It seems today’s version of absinthe can be credited to a French doctor who happened upon the herb during his travels between France and Switzerland and began experimenting with it. Ultimately, he concocted what we know as absinthe today, or at least the original absinthe that captured the hearts and minds of so many artists and writers. It is believed that the combination of alcohol with the thujone compounds of the wormwood, created a hallucinatory effect which enabled one to think very clearly and ‘follow’ thoughts into the future. Research has since revealed that while wormwood can, in fact, impact cognitive function, it takes a very high amount to do so, much more than would have been found in the average glass of absinth, and researchers are now theorizing that it was actually the toxic chemicals used to process cheap alcohol that had a bigger impact. Crazy, huh?

From a culinary perspective, absinthe is actually a nice ingredient to have around the kitchen. It makes a nice simmering sauce, especially for seafood and veggies. It adds its own distinct flavor note while still blending with whatever else you have going on in the pan. I have used absinthe to cook mussels in and it was absolutely delicious. Oysters Rockefeller is a classic dish that calls for absinthe as an ingredient. It can also be used in desserts like custards and soufflés. 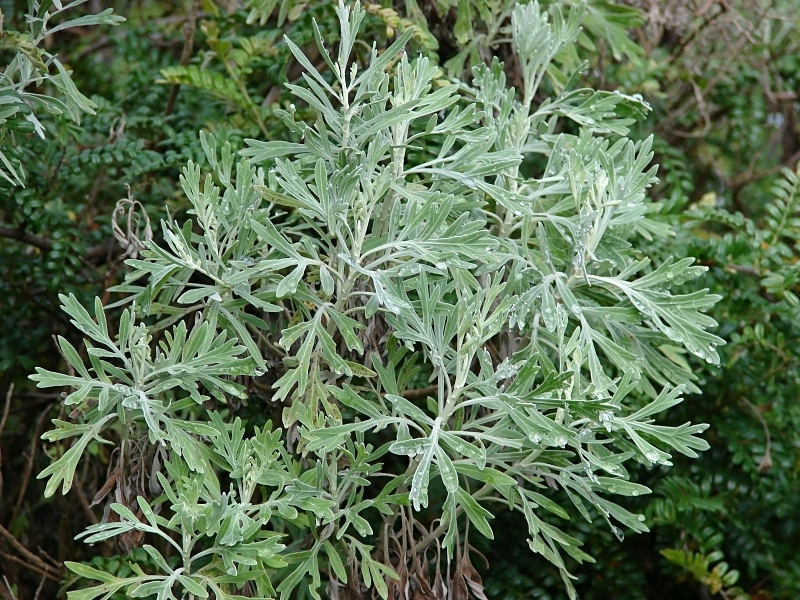 From a health perspective, well, it’s a hard grain alcohol, so a little bit goes a long way. Also, today’s version of absinthe is typically made with quality ingredients, including wormwood, which is no longer banned, so the hallucinatory cognitive influence would mostly come from the alcohol...which you would have to drink a lot of, which would result in a really bad hangover to say the least. I don’t recommend it. That being said, if the absinthe is made from quality ingredients, anise, fennel, coriander, even wormwood, all have their distinct properties. At the very least when combined, they make a great bitter and digestive aid. Current research has also demonstrated that wormwood is antimicrobial and anti-inflammatory. It has been found to be beneficial in the treatment of liver damage caused by overconsumption of acetaminophen. It is also antioxidant, scavenging those nasty free radicals and oxidative stressors from your system. Wormwood extract also has an anti-malarial effect according to recent studies and is useful in decreasing the risk of malaria as well as helping the body recover from malaria. Of course, I’m guessing that’s all in the extract form and not really in the absinthe form. (: