Weird, crinkly, salty, this particular nori is marinated in wasabi which is the only thing that gets me past the mouthfeel. 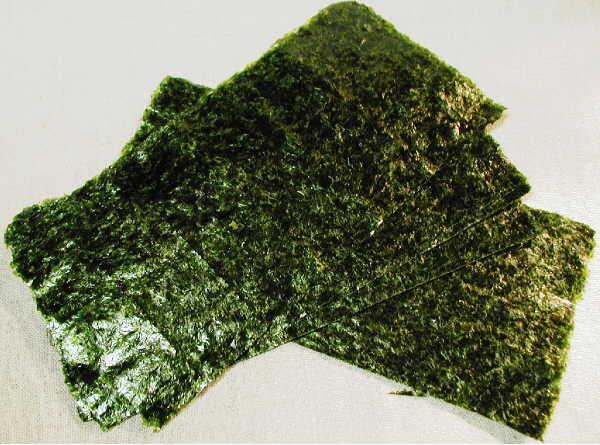 I’ve eaten nori before as an accompaniment to sushi, (which is a challenging cuisine for someone so highly sensitive to mouthfeel) but I’ve not really ever tried it by itself. A friend handed a wasabi flavored nori sheet to me and I had to try it. First impression, crinkly and weird but I kept chewing and then it became more interesting. Obviously, there was the flavor of the wasabi but the texture changed as my saliva moistened the seaweed fibers and underneath the flavoring I could taste the sea, salty, fishy, and mineral rich. I was hooked and ended up eating the whole bag (which in the world of nori sheets is not as lethal as it sounds).
Nori is seaweed; specifically a type of red algae. The use of nori as sheets comes from Japan where the seaweed is made into a paste and then undergoes a process very similar to paper making to become the edible sheets commonly seen in the market. 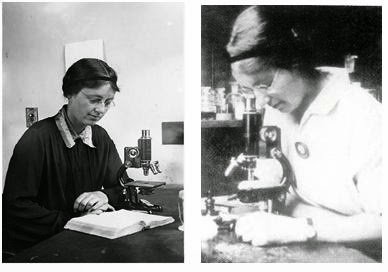 Interesting tidbit: While nori has been a big part of Japanese cultural cuisine and even their export market, it appears that in the early 1900’s there began to be a decline due to the loss of traditional knowledge around the growth process of the algae. Then in the 1949, a female phycologist (which means algae expert, not psychologist) name Kathleen Drew, published a paper on the life span and cycle of Porphyra umbilicalis, the information was further studied and developed by researchers in Japan and the nori industry was saved. Hooray! In Japan, Kathleen Drew is known as the “Mother of the Sea” and each year on April 14th she is honored.

From a culinary perspective, nori is, well, seaweed so actually you can use it anywhere you would like to impart a salty sea complexity, rich with nutrients, to your meal. It is commonly used as a wrap in sushi and clearly, it can be eaten just as the sheets. Nori is the same seaweed used in other cultural cuisines like Welsh Laver Bread. 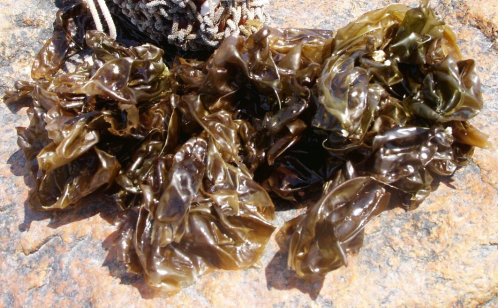 From a health perspective, Porphyra umbilicalis is an amazing source of nutrients. It is after all seaweed, which makes it rich in minerals and vitamins; especially Vitamins b12, iron, calcium and iodine. Seaweed is considered a “superfood”. It is a powerful anti-oxidant and anti-inflammatory, which can help reduce the risk of inflammation related ailments like rheumatoid arthritis and autoimmune disorders. Research also suggests that consuming seaweed can help eliminate mood and mental imbalances like depression and anxiety. Seaweed also helps regulate estrogen and estradiol which helps manage PMS and other hormonal imbalances. It is also beneficial for gastrointestinal repair, helping with ailments like IBS or Crohn’s Disease.
So, maybe it’s time to expand your palate and try some nori, if you haven’t already, and while you do say a little thanks to Kathleen Drew.