Savory, sweet, salty, earthy, in short, very umami; a good catsup seems to hit all the flavor notes in the palate. 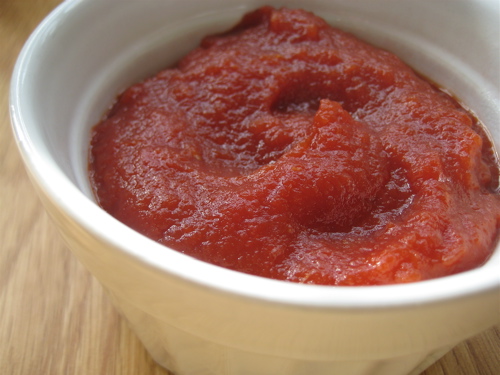 Today’s catsup comes straight from the kitchen of the Red Lion Freehouse in East Chisenbury. It’s housemade from fresh, wholesome ingredients and is quite a treat.

Catsup is a well-loved condiment in most of the world and especially in the U.S. It is one that seems to transcend almost all potential culinary, cultural, or socio-economic boundaries; finding its way into roughly 97% of American kitchens, according to recent polls. Even though catsup is considered as American as apple pie and hot dogs, it isn’t an American creation. It made its way to the states before they were even states, via British culinary migration but originally it hails from Asia.
Ke-tsiap is a type of pickled fish sauce that caught the attention of British travelers and found its way to British tables in the 1700’s and from there continued on to the states. Initially, recipes for catsup did not contain tomatoes rather they were more of a brown sauce with a mushroom, walnut or even an anchovy base. Tomatoes weren’t introduced as an ingredient in catsup until 1812 when James Mease, a scientist and horticulturalist with a penchant for tomatoes published a recipe for tomato catsup.

Since that time, catsup has undergone any number of variations, with initial commercial recipes containing alarming chemicals and harsh preservatives. In 1876 Henry Heinz and Dr. Harvey Washington Wiley teamed up to create a catsup that was preservative free, while still possessing all of its flavor and extended shelf life. Catsup quickly became an American icon, with billions of gallons consumed every year. 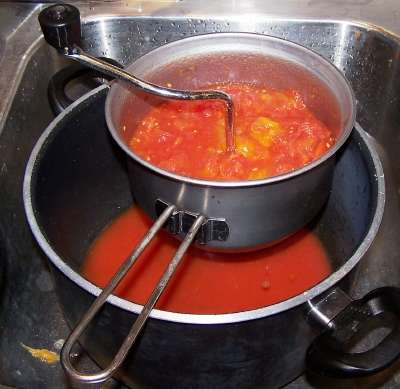 From a culinary perspective, making your own catsup can be quite the undertaking. It can be as labor intensive and creative as you like, if you are following the general idea of catsup as a pickled condiment. If you are trying to recreate a bottle of Heinz then it may be a bit more challenging. Catsup is a condiment and can accompany any number of foods to bump up the flavor spectrum of a meal.

From a health perspective, unfortunately, although Mr. Heinz began his commercial product with the intention of creating something worthy of the public health, it has not remained that way. Most commercial ketchups are made from tomato concentrates and contain dubious ingredients like High Fructose Corn Syrup. However, if you can get your hands on some good old-fashioned catsup, it can be quite the find, containing healthy ingredients like cooked tomatoes, vinegar, herbs and spices, and happy belly probiotics. Research indicates that cooked tomatoes are indeed a wealth of nutrient goodness. Not only are they high in various vitamins and minerals, but also supply phytonutrients that inhibit and even destroy mutated cells that contribute to cancers like prostate, colon, and pancreatic. Cooked tomatoes are also anti-inflammatory and anti-oxidant, as well as being highly beneficial for lowering blood pressure and keeping cholesterol levels in healthy balance. If you’re a catsup user, you will want to check the ingredients and if they’re all natural, from real foods, pour it on.