Dense, meaty, chewy without being rubbery, with a flavor that is subtly earthy with a hint of sweet; this is my first taste of a chanterelle. 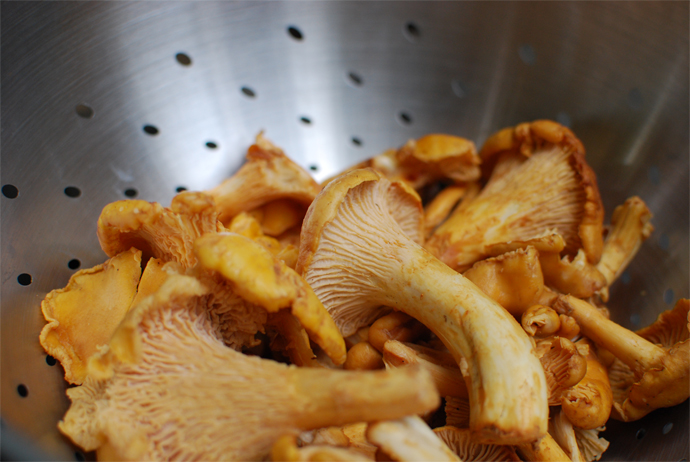 I decided to stick with the mushroom theme since it appears they are coming into season and the market shelves are beginning to brim with more variety. In my opinion, chanterelle’s are among the prettiest in the mushroom family. They are a lovely golden or apricot hue, with a satiny stalk and a cap that resembles an unfurling lily. With their softly fluted edges and gold tones, I can’t help but ascribe a feminine quality to them.  In truth, I’m also enamored of the chanterelle because of the mushroom scene in the movie “Ratatouille”.  Remy the rat goes bonkers when he finds a chanterelle and a bit of Tomme de Chevre cheese and creates a lightening generated gastronomic explosion.  The rat has taste!

A couple of interesting things about chanterelles; they grow almost exclusively in symbiotic relationship with trees. This is one reason they are hard to cultivate commercially. Also, research suggests that a chemical compound that is actually a type of insect repellent creates their golden hue. An insect repellent that is highly beneficial to them and the tree they are in relationship with but completely harmless to humans. Although there is written record of chanterelles as part of culinary endeavors worldwide, it seems that it wasn’t until around the 1700’s that their fame as one of the most delectable mushrooms took off and they have since then been one of the most highly sought after fungi in the culinary world. 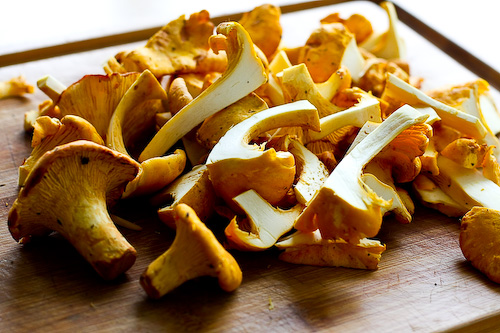 From a culinary perspective, they are another example of a dense, meaty mushroom so they fare well in a wide variety of dishes. That being said, they have a very subtle flavor, some describe it as almost fruity, I definitely found them to be slightly sweet but not quite that sweet. The chanterelles I prepared today were roasted similarly to the hen of the woods mushrooms that I roasted yesterday.  This allowed me to taste the subtle flavor without distraction of other ingredients. You can guarantee I will be finishing them off with some Tomme de Chevre cheese later this evening. (:

From a health perspective, they have a very similar nutrient signature to the rest of their mushroom relatives. They are a great source of vitamins A, B, and D as well as minerals like potassium, copper, zinc, and calcium. Chanterelles also exhibit antibacterial and antifungal properties as well as being highly antioxidant. They can help decrease oxidative stress and systemic inflammation.