Sweet, earthy, and slightly astringent, with an emollient mouthfeel; the final nuances of flavor found in honey mead depends not only on the honey but also the fermentation process. 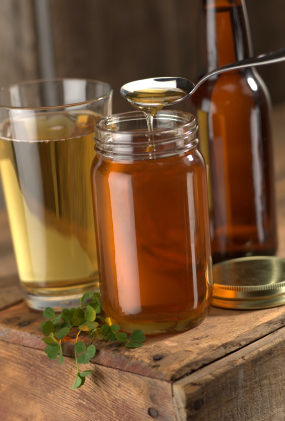 The honey I’m trying for today’s flavor was small batch traditionally fermented with hops, which accounts for the earthier more astringent quality. Honey mead is one of the oldest beverages in human culture; made by fermenting honey with water and sometimes other herbs and spices. Earliest archeological evidence of human consumption of a fermented honey beverage is around 7,000 BC. As mead made its way into written history it was written of as the food of the gods. Bees were considered messengers because the pollen they gathered was watered by the dew from the breath of the gods and filled with prophetic messages. It was considered a sacred drink with magical properties and used for rituals. It was also considered a drink for healing depending again on how it was fermented and which herbs and spices were fermented with it.

From a culinary perspective, mead can be used in a variety of ways with both sweet and savory meals. Baking, sautéing, veggie dressings, marinades... all will add an interesting backnote to your culinary endeavor. I recently used a little bit of honey mead and lime as a dressing for a kale and pumpkin seed salad and it was delicious.

From a health perspective, mead has historically been a source for health and healing. They were fermented with specific herbs and used to address any number of ailments. 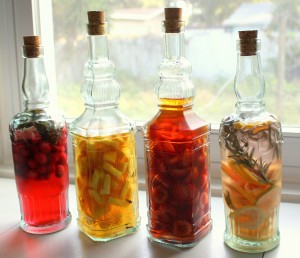 For example, mead made with lemon balm was thought to aid digestion and eliminate depression. Mead made with borage was used to revive hypochondriacs and the chronic illness. Traditionally, the name for these medicinal meads is Metheglin, which derives from the Welsh word “meddygol” meaning curative or medicine.

Whether or not mead is “healthy” depends entirely on how it is fermented and processed. Conventional meads are typically highly processed and ultra filtered pretty much removing the potential for any “medicinal”. Mead is similar to cider in that respect. Traditionally fermented meads on the other hand, depending on the quality of the honey and herbs used, can still carry the same medicinal value that they have done for thousands of years. One downside of traditional fermentation is it can be challenging to predict the outcome. However, if the outcome is good, well, you may have an aphrodisiac, immune boosting, cardiovascular supporting, mood balancing, stomach soothing drink on your hands.