Bubby and yeasty, keeved cider makes my nose twitch a little but it tastes interesting and refreshing. 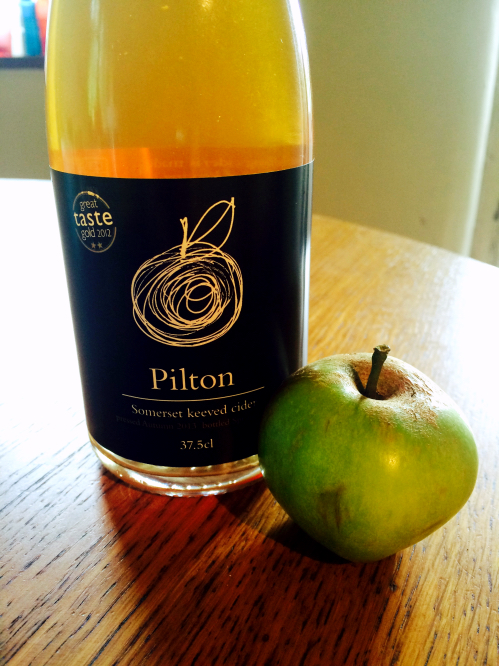 This particular cider comes from Somerset and is produced by a company called Pilton Cider. They've won the Great Taste and Taste of the West Awards for the past couple of years and I can see why; this cider is tasty and mellow. Typically, I've not been a fan of ciders, thinking they are too sweet and too devoid of any nutrients but being the geek of all things traditional, I was too intrigued by the description of keeving to pass this up.

Keeving is an old traditional way of making hard apple cider. Ripe cider apples are collected, then pressed as is the usual practice, however, then the pulp is left to stand for about 24 hours so the pectin can be released from the oxidizing pulp. The next day the pulp is pressed and the result is thick, brown, rich juice. The juice is then allowed to continue to sit as wild yeast builds up and begins a natural, slow, sulfite free process of fermentation. This particular cider was fermented for about six months very slowly and then bottled. It can continue to age in the bottle and mature into a delicious and mellow cider.

From a culinary perspective, cider can be a great addition to various meals both sweet and savory. It not only can be a nice accompanying drink, especially on hot, sunny days, but it is great to cook with. I’ve used it in stews and to braise various meat dishes. I’ve also used it as a foundation for dressings and dips.  Baked and cider basted pears with goat cheese and almonds are a stellar dessert. 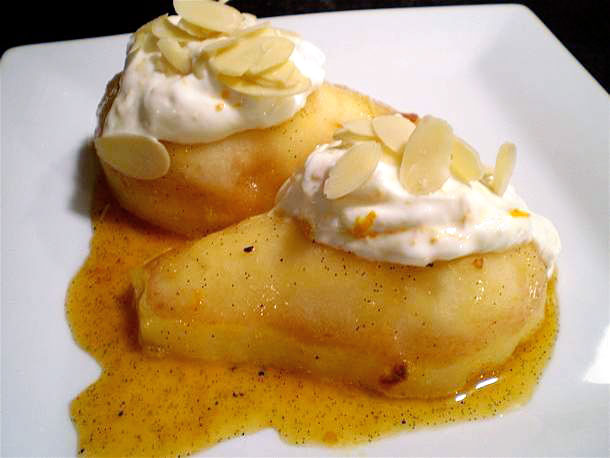 From a health perspective, it’s important to note that keeved cider is a hard cider, which means it contains an amount of alcohol, about 5.5% so there is that to keep in mind as you are thinking about health and wellness. That being said, believe it or not cider, especially keeved cider, packs some pretty decent nutrients. In fact, research at the Brewing Research International Institute demonstrates that a half pint of naturally fermented cider provides similar antioxidant content to that of a glass of red wine. Studies have shown that the phytonutrients in fermented cider can provide similar nutrients to eating a fresh apple. Apparently with the process of keeving as the pulp oxidizes and the pectin gets released into the juice it is able to retain and develop new nutrients as it continues to ferment. Studies show that keeved cider contains a significant amount of polyphenols, which play a significant role in preventing cancer and degenerative diseases from systemic inflammation and oxidation.

The downside of Cider? It can have a pretty high sugar content, so moderation is always best.