Nutty, slightly sweet, earthy, with a hint of something almost smoky or akin to molasses; mesquite powder is a traditional food making its way back to the marketplace. 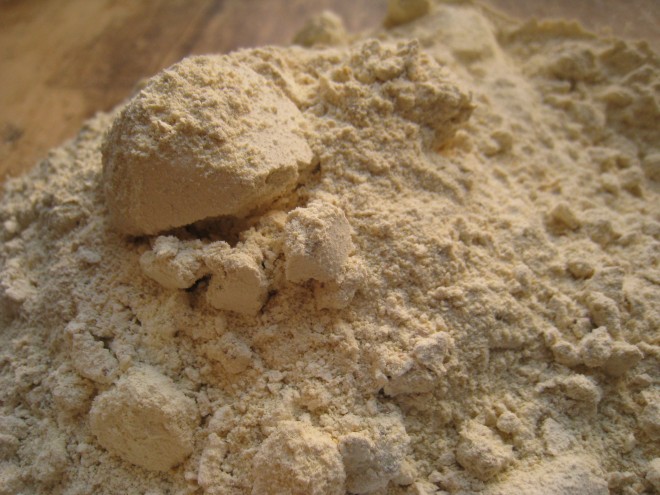 The mesquite tree grows plentiful in the arid southwest. They can grow very large, reminding me of the tamarind tree; the leaves look similar and the pods look similar. The entire tree provides a wealth of resource in the form of wood, medicine, food, shade, building material, and on and on, so they have been an integral part of native cultures in the southwest.

To make mesquite flour, the pods are collected and dried thoroughly and then the entire pod including seeds and outer shell are ground into a powder. The powder can be used to make little cakes, breads, thicken stews or soups. It’s really quite tasty. I have used mesquite powder more from a supplement perspective as an added ingredient to bump up the nutritional density of various meals but sadly, did not really appreciate it as a food source until now.

From a culinary perspective, the mesquite tree provides several different culinary options; the pods, which can be made into flour and the flowers, which can be made into tea or added to foods as an edible flower. The flour is sweet and dense and can be easily made into little breads or cakes by simply adding enough water, and then they can be fried. I also found a recipe for making a mesquite flour drink, which when fermented becomes fizzy, alcoholic, and apparently quite tasty.  The pods can also be roasted, soaked and then reduced to a syrup that is similar to molasses, which can then be used as a type of sweetener. I’m really interested in exploring more with the mesquite tree! 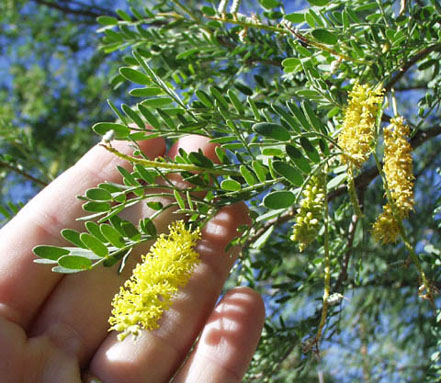 From a health perspective, mesquite pods are high in protein, high in fiber, and although high in fructose, between the fiber and protein content they actually regulate blood sugar rather than contribute to an insulin spike. It also contains a significant amount of calcium, potassium, magnesium, and zinc, which are more readily absorbed because of slower digestive time and glutinous quality to the fiber. Research demonstrates that consumption of mesquite flour can help regulate blood sugar and insulin production. It has antifungal, antibacterial properties and also contributes to improved immune function. Once the pods are made into flour the protein is easily assimilated through the digestive properties, making it an excellent source of bio-available protein and great for repair on the cellular level.

I think it’s great that there is a resurgence of recognition for mesquite as a nutrient dense food source, it’s just a shame it is in the form of isolated trendy “superfood” fame. Appreciating the entire mesquite tree and understanding where it comes from, paying attention to its role in the health of not only people but also the earth is a good way to reconnect to food and well-being.