Pungent and hot, with a sensation similar to that of horseradish or hot mustard powder, wasabi is a plant in the brassicaceae family. 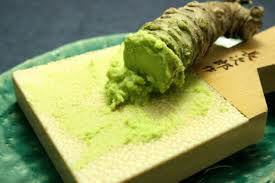 It is often called a ‘horseradish’ although it really is not a true horseradish. For culinary use, it is the stem that is prepared and eaten and not the root. True wasabi is a little challenging to come by, especially in restaurants, in fact, chances are the last time you had wasabi with your sushi it was probably not really wasabi, rather it was a blend of horseradish, mustard, corn starch and green coloring, which is what most of the wasabi in the mainstream consists of.

Wasabi originates in Japan and has been a part of the traditional Japanese diet since about 14,000 BC according to archeological records. Initially, it seems, wasabi was a medical intervention. It’s possible it made its way into the diet as it was recognized for its powerful bactericide/insecticide qualities, which helped minimize the potential for food poisoning or other repercussions of eating foods like raw fish. Eventually, wasabi made its way into the western world and isn’t just for sushi anymore.

From a culinary perspective, the wasabi stem can be grated or powdered and used directly in foods or as a condiment on the side. It is highly volatile due to the chemical compounds similar to horseradish so a small amount goes a long way. The heat from wasabi is different from the heat from a pepper or capsaicin which is oil based. Wasabi compounds are not oil based which is one reason it manifests in your sinuses so quickly but also disappears pretty quickly. 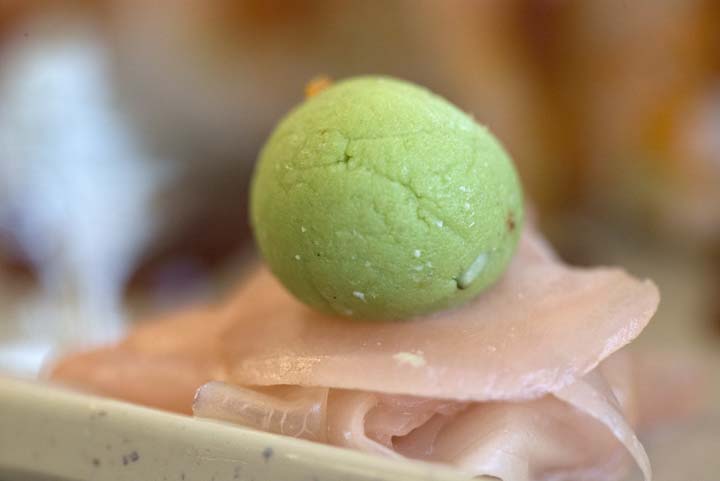 From a health perspective, true wasabi has a variety of interesting qualities. It contains a particular blend of chemical compounds that are specific to the wasabi plant which research demonstrates to be highly anti-oxidant. It contains several different types of isothiocyanates, which research suggests could be very beneficial in decreasing the risk of various cancers. Wasabi is antiviral, antibacterial, antimicrobial and contributes to increased immune function. It can also aid in digestion and help balance gut bacteria. Because of the volatile quality, it has also been utilized as an inhalant for fainting in place of smelling salts. Research also suggests it is beneficial in reducing blood pressure and decreasing triglycerides.

The volatile quality also can be a mood booster, the body responds to the ‘heat’ of the wasabi by producing endorphins meant to calm the system; making wasabi a potential ‘good mood’ food. (: