Honeysuckle has a subtle sweetness, akin to the flavor of cantaloupe but so much lighter and more mysterious. 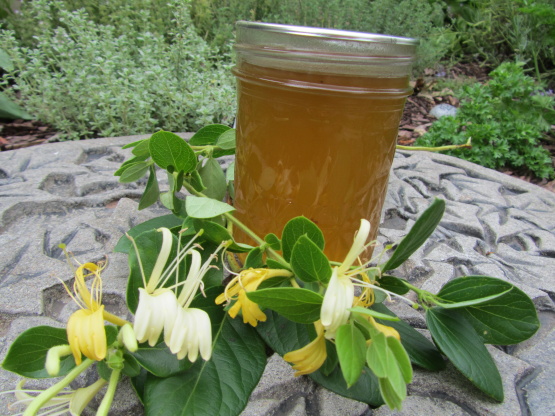 When I was a child, I used to collect the honeysuckle flowers from the bushes surrounding our backyard and tuck myself away in a corner, enjoying the lightly sweet syrup that could be harvested from the stem of each flower. Then I would gather all the flowers and arrange them in patterns in the grass. Edible art....who knew I was so far ahead of my time? (:

Although, I still harvest the occasional honeysuckle flower if I’m rambling through the countryside, I hadn’t really thought of them as a culinary entity. Then recently I had the opportunity to enjoy some as a tea. It was delicious and it inspired me to investigate further.  Apparently, Honeysuckle is quite the culinary treat for both sweet and savory dishes. There are recipes for Honeysuckle simple syrup, Honeysuckle cupcakes, Honeysuckle cordial, Honeysuckle ice cream, Honeysuckle biscuits, and jellies, even Honeysuckle chicken, in fact, the list goes on and on. I’m inspired to get a little creative with some honeysuckle in my kitchen. The first recipe I will try once I get my hands on some flowers is the cordial. 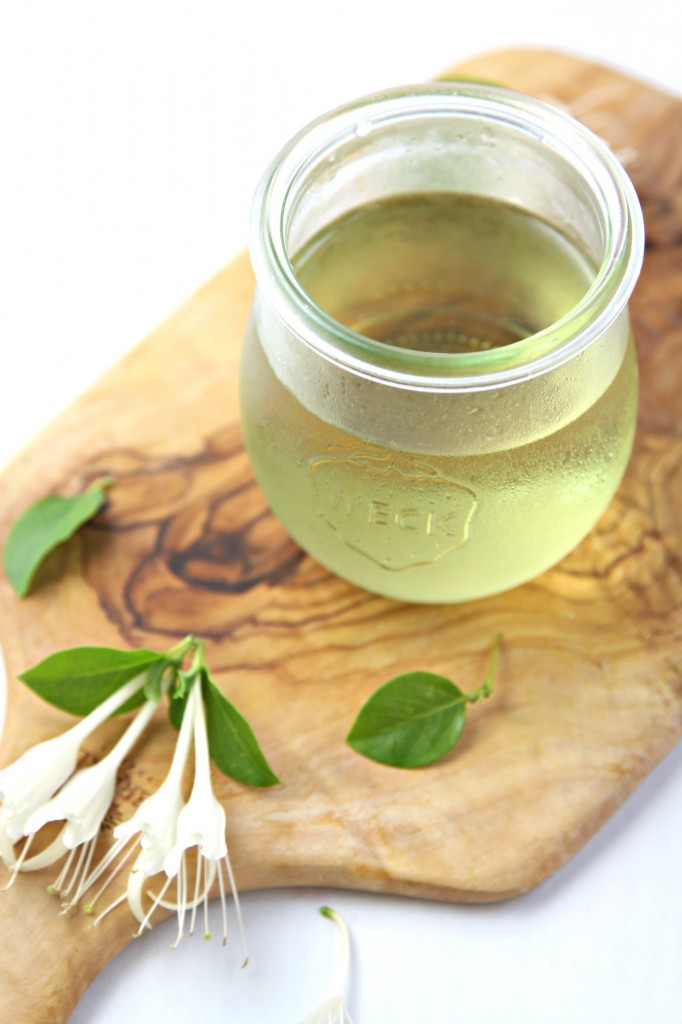 From a medicinal perspective, Honeysuckle has long held a place in Traditional Asian Medicine, as well as, Homeopathy and Bach Flower Remedies. As an herbal intervention it appears to be beneficial for inflammation, immune function, digestion, dysentery, colds and flu, and more than I can name.  There is also empirical data to support the beneficial use of honeysuckle. Research shows that it has broad-spectrum antimicrobial activity; inhibiting a variety of bacteria, including strep and influenza.  Studies also show that it has significant systemic anti-inflammatory properties. There have been studies demonstrating that it has a beneficial impact on cholesterol; as well as demonstrated anti-cancer properties.

As a Bach Flower Remedy, Honeysuckle is useful for keeping people in the present moment rather than getting lost in the past. As a homeopathic remedy, compounds containing honeysuckle have been used to eliminate asthma and respiratory issues, as well as digestive problems.

Mostly, it’s just tasty. It’s delicious straight from the flower and lovely as a tea. The other preparations are on my kitchen list!