The taproot of Burdock is more flavorful than one might think; it is slightly earthy with a hint of bitter and subtly pungent. The combination of flavors is surprisingly refreshing. 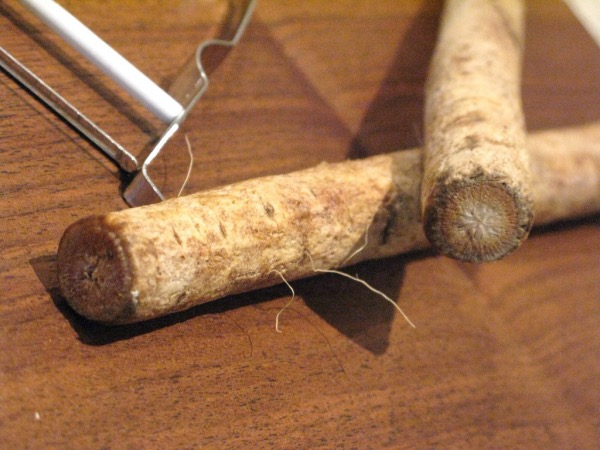 Burdock root is very popular in Asian cuisine and is making its way back to popularity in western cuisine. There was a time, however, when Burdock was quite popular in European cuisine. As a drink it was paired with dandelion to create a popular alcoholic beverage of that very name, “Dandelion and Burdock”. Dandelion and Burdock was also referred to as Hedgerow Mead in Medieval times. It has since become a non-alcoholic version, which enjoys an equally rich history and can also be relished as a tea as well as a soda. Burdock and dandelion root can be roasted and made into a drink that serves as a ‘coffee’ substitute, sometimes with chicory and fennel added in to give it a richer flavor. Once roasted the roots can be either soaked, like tea, or ground finely and used in place of coffee grounds. I use this blend as an after meal digestive tea and it is really quite nice.

Burdock root is also a really great addition to soups and stews. It is delicious pickled and also adds a really lovely complexity when added to other culinary endeavors. 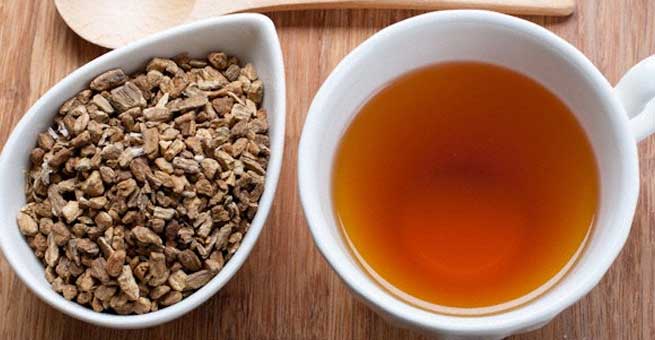 From a health perspective, Burdock is considered a diuretic, diaphoretic, and blood purifier. Diaphoretic means it induces sweating; which in turn detoxifies the body, via lymph and circulation. As a diuretic, it detoxifies the liver by cleansing while also supporting liver function.

I enjoy burdock throughout the year in the form of tea as mentioned, and it also takes a front and center role in the spring as an addition to broths, soups and stews that help detox my system. Burdock is high in essential minerals and other nutrients, as well as fiber. Research suggests that it increases digestive properties and can help manage blood sugar. Studies have been conducted on the use of burdock root to help manage diabetes with evidence of success.

Burdock is also beneficial in reducing blood clots, which also adds the cautionary note of being careful if one is taking blood thinners already or perhaps undergoing a surgical procedure.