Easily influenced, the flavor of this grape changes like a chameleon depending on what it is accompanying. 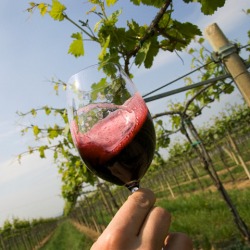 Agiorgitiko is a variety of grape that is indigenous to Greece. I tried it for the first time in the form of a traditional Greek table wine called Katoi. The very first taste was ‘interesting’ to say the least and being the complete food and flavor geek that I am, I was motivated to begin pairing it with foods to see how they influenced the flavor. Feta cheese, yum, kalamata olives, double yum... potatoes, not so yum. What I found utterly fascinating and also completely obvious was that when paired with foods that would be within the same terroir or environment of this grape, it opened up and became extraordinary. When paired with foods that were not native to the area it was merely so-so. Yet another reason it is worth paying attention to the origin and terroir of your food and drink...it makes it more enjoyable.

This grape has quite the interesting history with several nicknames affiliating it with various Greek myths and historical events. In Nemea, wine made from Agiorgitiko is called “The Blood of Hercules” because it is referenced as the wine that Hercules drank before dispatching the Nemean Lion (one of his many epic accomplishments in Greek mythology). The literal translation of Agiorgitiko is “St. George’s Grape”. While it appears there is a vast array of variations to the story of St. George, there does seem to be some agreement by historians that his name means, “worker of the land”.Historical records suggest that before he became a Roman soldier, he did indeed work the land of his home, Cappadocio, which may be well have included tending vineyards. Of course, there is also the potential that they are named such because they were cultivated in a town named after St. George. 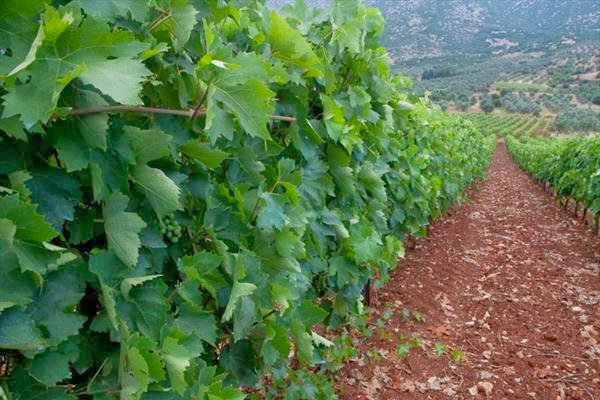 This grape is quite versatile, if not paradoxical, on the one hand hardy and on the other hand very prone to disease. It also has a flavor that is most definitely influenced by viniculture (how it is grown) and terroir (where it was grown). Given that, it can have a very wide flavor palate making it a challenge to pin down to one simple description.

From a health perspective, of course first and foremost, all things in moderation, but then, as a red wine, Agiorgitiko offers all the same valuable benefits of red wine with its notable quantity of resveratrol and other antioxidants. Want to know more about the foods, wines, and terroir of Greece? Try this: