Interesting... earthy, pungent, piquant with a suggestion of heat, but no heat, and a hint of nutmegish spice; annatto has a subtle yet distinctive flavor combination. 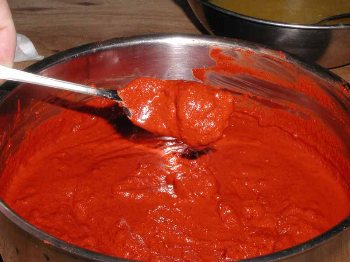 Tasting annatto in its unadulterated form is reminded me of those times when you forget a word and it’s right there on the edge of your tongue waiting to be remembered. I knew I had tasted it before, it evoked memory of flavor experience but try as I might I could not clearly identify any particular dish. This makes annatto very intriguing, in my book.

Annatto is made from the seeds of the Achiote tree, which originates in Central and South America. According to historical records, it was originally used externally for things like body paint and even ink by various indigenous groups from Brazil to Mexico. At some point, it started making its way into cuisine and is now pretty commonly used for a variety of culinary purposes. It has also since then made its way around the world as is cultivated globally in most warmer climates. It is a very common additive in conventional foods and can be found as a coloring agent in things that are yellow, orange or red. It is what gives most conventional cheddar cheese the bright orange color. 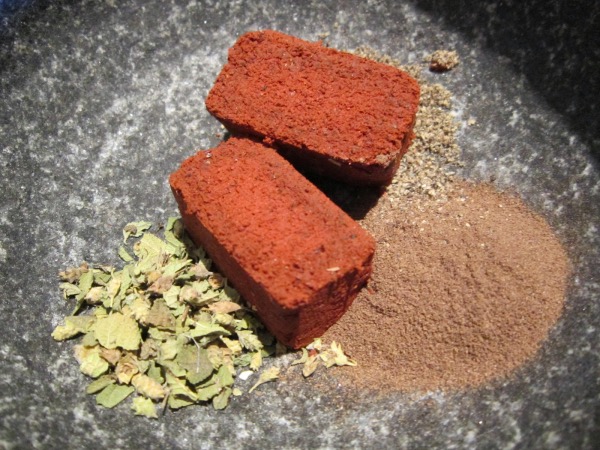 Annatto is versatile and subtle and can be used in a variety of foods, both sweet and savory. The powder can be added to sauces, soups, stews, or it can be combined with other spices to make a flavorful paste. Wondering what dishes you may have tasted achiote in? Carnitas, Chili, Biryani, Ropa Vieja, just to give an example of the global influence for this seed. The coloring potential makes it an inexpensive replacement for dishes requiring saffron. You can also make it into a paste and add it to chocolate to make a traditional treat worthy of Aztec gods.

From a medicinal perspective, annatto has a rich traditional history from various cultures that is finding its way into the scientifically supported realms. Historically, it has been used as a skin protectant for things like insect repellent, sun protection, and even leprosy. It has also been used to lower blood pressure, cleanse the liver and as an antiviral/antibacterial agent.  Research suggests that it can indeed be beneficial in reversing liver damage. It has been studied as a blood sugar stabilizer with positive results and it demonstrates promise as an intervention for oxidative stress and a systemic anti-inflammatory.All in all, annatto is an interesting and exotic flavor adventure for the mainstream westernized diet, could be worth giving it a try! (: