Earth in a glass; Matcha is pungent, earthy, with hints of sweet and bitter depending on the grade and the way it is prepared. 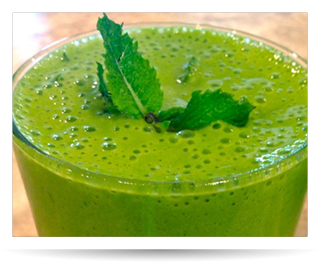 Today’s flavor comes from my breakfast concoction. Matcha is the end result of finely powdering young, shade grown green tea leaves that have been de-stemmed and de-veined.  Because the leaves are shade grown, they are higher in chlorophyll, theanine, and other phytonutrients contributing to their healthful properties.

Matcha is the powdered tea that is used in Japanese tea ceremonies and also in a variety of Japanese desserts and noodles. Although, it originates in Japan it is making its way into cuisine around the world; puddings, ice creams, baked goods, smoothies. Today’s inspiration came after I added matcha to my blended concoction of strawberries, spinach, avocado, and mache’; potentially the makings of a smoothie, except the use of just enough room temperature water, making it more like a delicious raw soup.

Matcha has gained wild popularity in the health and fitness world partly because of its potential for increasing mental focus, clarity and energy without the negative repercussions that can be experienced with caffeine. While I love matcha and think that it is indeed a healthy addition to one’s dietary repertoire, I also feel that it’s a bit unfortunate that the globalization of it has created a demand that causes production that is devoid of any of its sacred or special preparation. Historically and traditionally, matcha takes almost a month to prepare from pre-harvest to finish. A couple of weeks before harvest, the best bushes are covered and protected from direct sunlight, then at harvest only the best leaves are handpicked and laid out flat to dry. Once they are dry, the stems and veins are removed and the dry leaves are then stone ground by hand to produce a fine powder. The powder can then be consumed in its entirety rather than removing the leaves as you would typically do after steeping a cup of tea. So, if you end up sipping on some matcha maybe just spare a thought to how, when, where, and why it go to your cup. 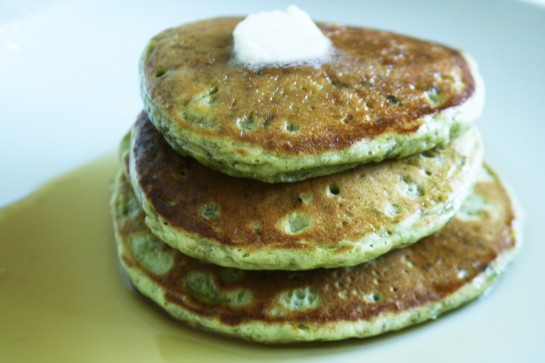 From a health perspective, matcha is a wealth of nutrients. Because the whole leaf is consumed, all the nutrients are consumed as well. It is a rich source of Vitamins A, B, C, E, and K. Green tea leaves are full of antioxidants that offer protection against a multitude of cancers. Also, research suggests that consuming matcha can help with cardiovascular disease.  Research also demonstrates that matcha can help reduce high cholesterol, high blood pressure and decrease oxidative stress. It also helps stabilize blood sugar, decreasing the potential for diabetes or insulin resistance.  EGCG is one of the most studied components of green tea and the one that seems to be the most celebrated. EGCG is a polyphenol that research suggests can significantly decrease illnesses like cancer, endometriosis, chornic fatigue syndrome, and neurodegeneration, including AIDS related dementia. It is the combination of EGCG and L-theanine that increases and maintains thermogenesis and metabolic processing.