Currants are chewy and slightly sweet with a hint of sour. They are often mistaken for raisins and although they are also a type of dried grape, they are different from the typical raisin. 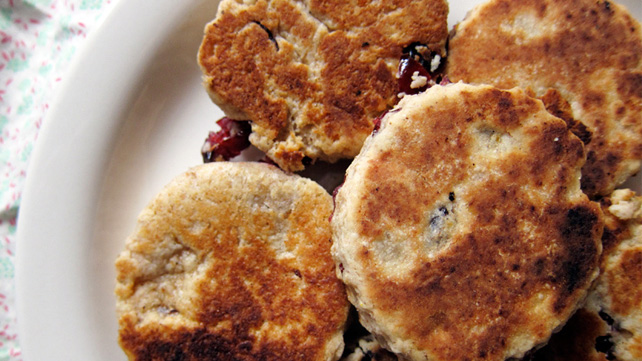 Today’s flavor comes straight from the middle of my Welsh Cake in the courtyard of Llanthony Priory nestled in the Black Mountains of Wales.  Welsh Cakes are reminiscent of a cross between a silver dollar pancake and a Christmas sugar cookie. This particular welsh cake is deliciously dotted with currants to temper the sweetness of the sugar and butter base.

What makes a currant different from a typical raisin? Raisins are dried white grapes while currants originally from dried seedless red grapes. Currants originated from the Corinth region in Greece, hence the name “currant”.  The first recorded reference to currants is found in writings from 75 A.D.

Currants have a more intense flavor than the average raisin and pack quite a nutritional punch as well. They are amazing additions to baked goods and salads but also add well to savory dishes.

From a health perspective, currants are little powerhouses of goodness. They are packed with Vitamins and minerals, most notably Vitamin C and A, as well as Copper, Manganese and Iron. They are also an awesome resource for antioxidants; polyphenols and anthocyanins that help in the fight against oxidative stress and systemic inflammation. Because the currant is dried in relatively low humidity many of the benefits of the red grape are still available in the dried fruit.

Research has shown that consuming just two tablespoons of currants a day helped regulate blood pressure without increasing blood glucose levels in the way that regular raisins did.

All in all, I think currants are delicious and a nice addition to your dietary repertoire. Maybe they don’t need to be added as part of sugary, buttery, delicious goodness of a welsh cake but I’m sure you can find places to toss them in.