Contrary to the sound of the name, whortleberries are not something from a Dr. Seuss story, rather they are an amazing and delicious superfood. 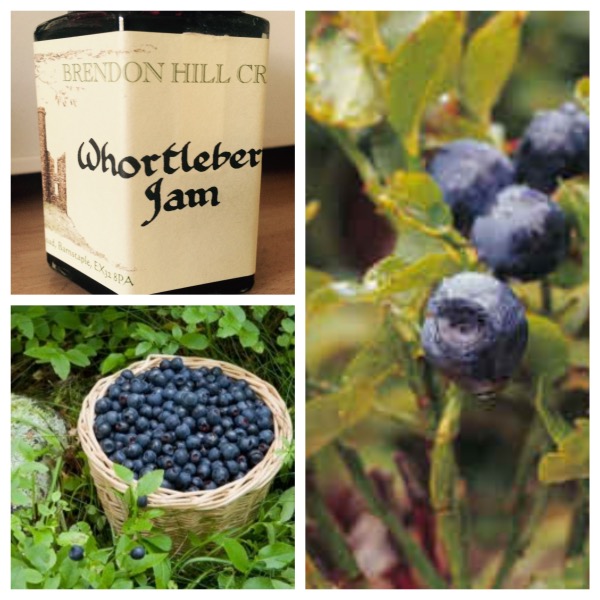 The whortleberry is also known as a bilberry or the European blueberry. It is a small berry often confused with the American blueberry although there are distinct differences. The berries I had to day were in a lovely whortleberry jam. Small and packed with flavor both sweet and tart, they added well to a bowl of yogurt with pecans. Whortleberries have a more intense flavor than the cultivated blueberry and a deeper color and tougher, more compact fruit body. They also grow on plants lower to the ground as individual fruits rather than in clumps on taller bushes like their counterpart, the blueberry. Whortleberries are also sometimes referred to as huckleberries.

Clearly, they do well in jams and other sweet dishes but also could do well in a savory that needed to soften a pungent edge, such as wild game or fowl. I have just found a recipe for whortleberry pie and meadowsweet custard, which I absolutely will be trying when they are both in season. In the meantime, I’ll stick with having the jam in my yogurt and on the occasional slice of toast or piece of venison.

From a health perspective, whortleberries are amazing; in fact, it appears that first recorded use of them was as a medicinal intervention for gastrointestinal issues. They are astringent in nature even though sweet and tasty. The bilberry has many of the same health benefits of the blueberry, including the incredibly high antioxidant properties (the highest of any other berry or fruit). They are packed with vitamin C and E. They are a great source of resveratrol, the nutrient found in red wine that packs a healthful punch. One other amazing benefit of bilberries as their ability to decrease the destruction of connective tissue by neutralizing the enzymes that do the most damage. Research also suggests they are effective against colon cancer and other gastrointestinal cancers and they are as effective against urinary tract issues, as cranberries are. Studies also show that a cup of bilberries a day can reduce blood pressure and decrease the potential for cardiovascular disease along with all the other amazing things that they do for your health. It’s safe to say that wortleberries go on the Superfood list.