Celery is one of those plants that inspire me to artistic endeavors. Every time I cut the base off of a stalk of celery, I want to use it to paint something and or make designs. 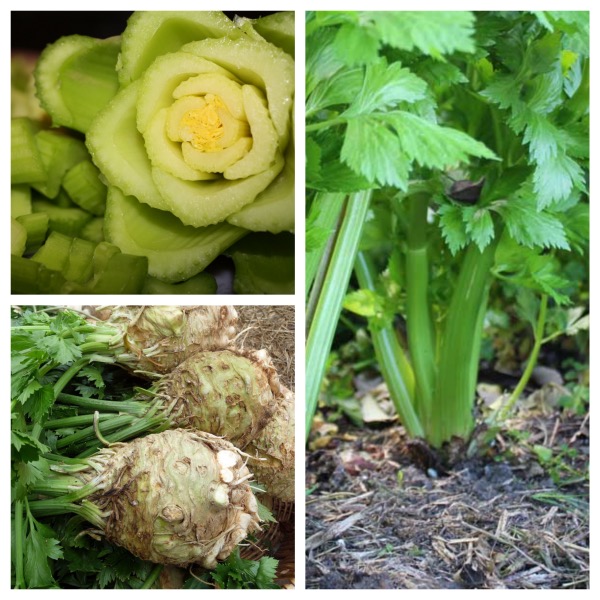 Crunchy, juicy, slightly bitter, but also slightly salty and sweet; in short, tasty and unique. It’s unfortunate that the low fat, low cal diet fad mindset has relegated celery to a drab diet food instead of the interesting and multifaceted resource that it actually is. Celery has been a dietary influence in many cultures around the globe; most notably in Egypt and Greece before it became more widely cultivated.

From a culinary perspective, celery is an awesome addition to your cooking repertoire. What makes celery so versatile is that every part of it can be used to produce a different influence on a meal. The seeds, stalk, and bulb (known as celeriac) are all great additions and present a variety of creative options for use in the kitchen. My favorite in the winter is mashed celeriac.

From a health perspective, celery is indeed a low calorie, low sugar, low fat, low everything option for snacking. But what it lacks in macronutrients it makes up for in micronutrients. Research is showing that the chemical compounds in celery can decrease systemic inflammation and improve digestive balance. It has been a beneficial addition to diet for people suffering from gastrointestinal inflammation, like IBS and Crohn’s Disease; mostly because the polysaccharides found in celery are pectin based rather than starch based.  Celery is also packed with Vitamin K and C and other volatile oils that make it a great anti-oxidant. Again, research is showing that it acts as a blood detoxifier and decreases the potential for cytokines responsible for tumors other cancer causing agents.

Lastly, the phenols found in celery appear to cleanse the liver and blood of acrylamides, which are naturally derived toxins found in foods that are fried or cooked at high heat. It’s the presence of acrylamide that tips the scales on dark roasted coffee from beneficial to non-beneficial. I don’t know if I recommend adding celery seed to your roast but maybe have a celery snack later in the day can’t hurt.