Salty and earthy, with a smooth yet hearty texture, the kalamata olive is one of my favorite kinds of olive; especially if it is traditionally, rather than conventionally, prepared. 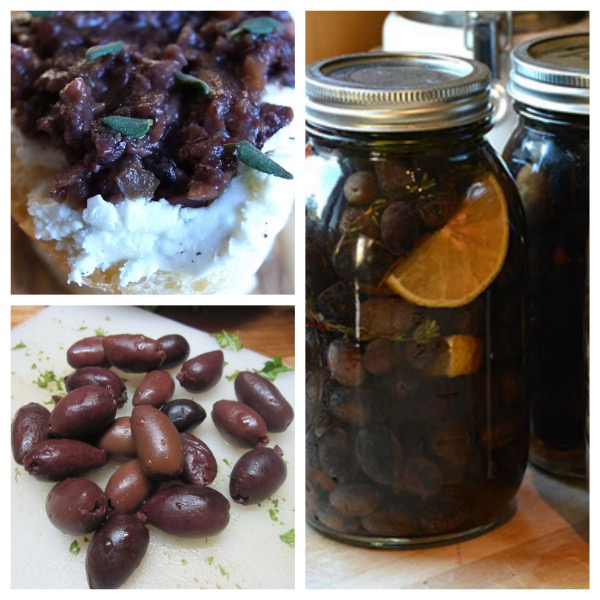 Olives, like the apple come in so many varietals it sort of boggles the mind. Kalamata olives are named for where they originated, the city of Kalamata in Greece.

I love them pitted or with pits and they tend to be a standard in my summertime diet. They are great for a quick and healthful snack (just watch the sodium count) and they can bring an interesting twist to many culinary endeavors.

What accounts for the distinct difference in flavor between the kalamata and other olives? The processing. If you’ve ever picked an olive straight from the tree and bitten into it, you will know that unprocessed olives can be extraordinarily bitter. This is why they are soaked in brine once picked. Salt cuts bitter and the olive can then be more easily consumed. The traditional and most tasty preparation for the kalamata olive is a two-step process. First, it is soaked in brine for a couple of weeks to eliminate the bitter bite, then, they are covered in vinegar (typically red wine vinegar) and olive oil and allowed to ferment for 8 to 10 months; sometimes a slice of lemon can be added to the mix to enhance the flavor complexity. Sadly, conventional methods utilize caustic soda or other chemical compounds to speed up the fermentation process, something that doesn’t have to be identified on the label, so these hidden compounds end up being part of your diet whether you like it or not if you are buy conventionally produced.

From a health perspective, olives have all of the benefits of olive oil plus some added fiber and a few more vitamins and minerals. They are a great snack option if you are trying to eliminate systemic inflammation or are suffering from an inflammation related chronic disease (which is just about all disease). The caveat, you don’t need too many of them and you do want to watch your sodium count....also, making sure they are traditionally processed. Kalamata olives imported from Greece are not allowed to be processed any other way, so if you can go for the imported, packed in a jar, you will be all set for a delicious snack that is belly/body/and planet friendly.

Here’s a quick and easy tapenade recipe that is delicious folded into pasta, smeared on toast, or as a dip for veggies. Yum...

Throw it all in the food processor and pulse until desired consistency.