A little bit goes a long way... at least that’s my flavor experience of oregano, but what a powerpacked herb! 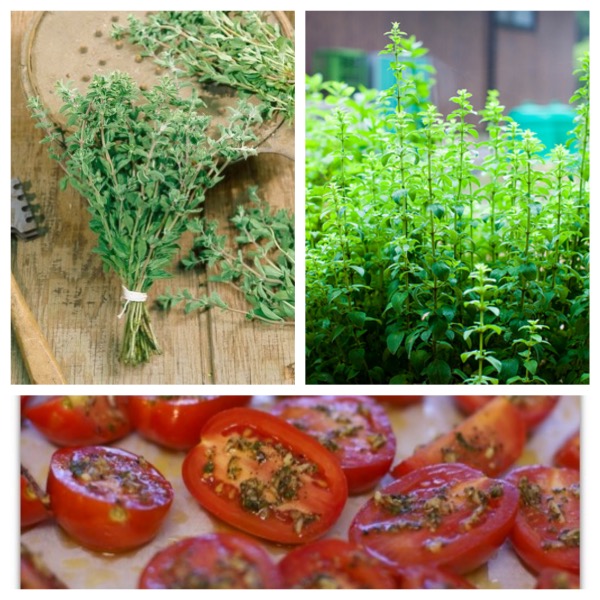 It is earthy and a bit pungent. Fresh oregano can also stimulate hints of pine or citrus due to the natural chemical compounds. Oregano is in the mint family, which is known for its volatile oils.

From a culinary perspective, oregano’s earthy quality makes it pair well with foods that tend to be acidic, like cooked tomatoes or eggplant. It adds well to meat dishes and can bump eggs to a whole new level.  Roasted Roma tomatoes with a sprinkle of parmesan cheese and fresh oregano is an exceptional treat.

The chemical compounds that give it the pine or citrus impression are indeed oils that contain those notes. Limonene, pinene, and thymol are just a few of the compounds that give fresh oregano its pungent bite. These compounds are also what give it the awesome reputation for being such a benefit to health.  These oils make oregano a powerful anti-bacterial, anti-microbial, anti anti-fungal intervention.  Research suggests that oregano oil is a useful intervention for respiratory infections, gastro-intestinal issues, and systemic inflammation. Some studies  suggest that even the vapor is powerful enough to kill a wide variety of pathogens, even some of the ‘superbugs’ created by our over use of synthetic antiseptics.

Oregano is a nice addition to food either dried or fresh, however, each taste a bit different so it’s a good idea to familiarize yourself with the flavor notes found in both fresh and dried so you can add just the right amount. (I’ve made the mistake of adding too much and creating a dish that tasted like dirt... not yummy!!)