"The Secret Ingredient is always cheese...." 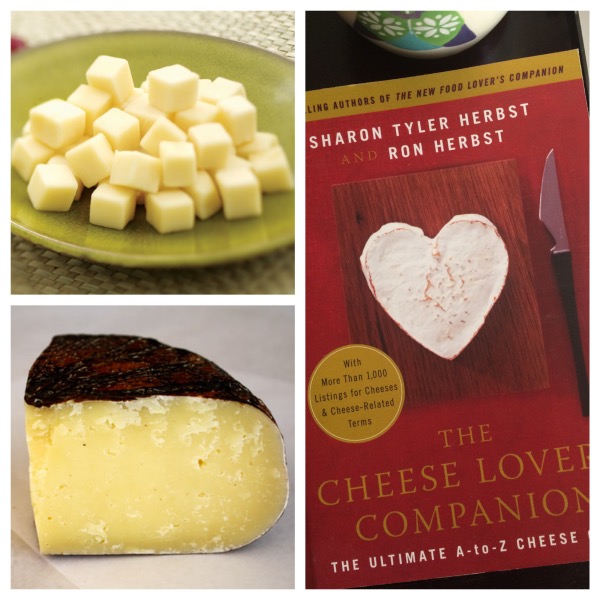 Another flavor courtesy of my morning breakfast bowl; initially, I thought to just do cheese as a general flavor, however, quickly realized the error of my ways when I thought about all of the amazing kinds of cheese out there in the world just waiting to be sampled. So, we will start with Raw Milk Jack Cheese; which is rich and creamy and tangy and ever so slightly pungent all at the same time. This particular small batch Jack Cheese has the added benefit of being from a Jersey Cow, grass fed. So, it tastes fresh and a little bit zippy.

Jack cheese is historically considered a “country cheese”, hence the original name Queso del Pais. According to “The Cheese Lover’s Companion”, while many attribute the name of Jack cheese to Monterey, California businessman David Jacks; it actually originated in Spain and came over to America with Franciscan Monks in the 1700’s. The drier more aged version of Jack cheese became popular during WWI. Delays in shipping forced a longer aging time and produced quite by accident a delightfully piquant, crumbly version of the mild cheese.

Cheese is often seen as an indulgence to be avoided by the health conscious; however, it has its benefits (if it’s real cheese and not cheese product).  Cheese is a good source of protein, calcium, Vitamin B12, and if it’s from grass fed cows, it contains even more good stuff.  If it’s from heritage breed cows then it has the added power of the A2 casein molecule, which has a variety of health benefits. Cheese is umami and satisfies the palate. Research suggests it also helps regulate blood sugar.

One caveat; if you’re going to eat it make sure it is full fat and naturally processed so you are really getting the benefit of the cheese without the contamination of additives and chemical processing.