Hurray! Bohemianmojo has a puppy. Nine-week-old Brig is a working Cocker Spaniel and like most pups she’s cute and adorable but also very naughty and time consuming. We’d forgotten just how much care and attention pups require but it all came flooding back, literally, in pools of pee and deposits of poo. Surely you know your world has shifted seismically when you reach out for some kitchen roll to clean up a wee and think it’s a triumph because you’re just in time to slip it under a tiny bottom to field a poo! Even describing dog excrement as ‘poo’ shows we’ve gone temporarily soft in the head when the foul stuff is the bane of public parks and streets.

So why are we telling readers about Brig when puppy dog tales are hardly the bread and butter of a site usually dedicated to more serious ponderings. Or are they?  The arrival of Brig happens to coincide with the Guardian newspaper reviving an argument about the ethics of keeping a pet in an article entitled: Should we stop keeping pets: Why more and more ethicists are saying yes. The Guardian cites some facts about pet ownership with the British pet industry worth about £10.6bn; Americans spent more than $66bn on their pets in 2016. A survey suggests many British pet owners love their pet more than they love their partner (12%), their children (9%) or their best friend (24%) although we suspect many answered that question tongue in cheek. Another study has 90% of pet-owning Britons think of their pet as a member of their family, with 16% listing their animals in the 2011 census.

The Guardian piece also looks at the shifting of attitudes to the legal status of animals. In the West there are copious laws dealing with cruelty but some jurisdictions going further and giving owned animals ‘rights’ as sentient beings. But the central question is this, should humans keep the countless millions of cats and dogs, birds and bunnies and snakes and rats we possess or should the concept of a pet, the ownership of an animal, be consigned to the history books? 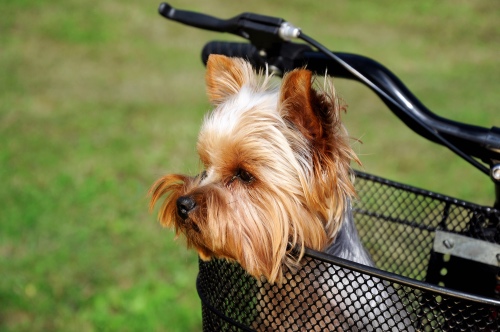 Let’s recognise at the outset this is a moral and ethical minefield and a debate which can quickly raise temperatures and voices. Let’s just say from the outset that Bohemianmojo is not against the keeping of pets but there are boundaries. We don’t think keeping rabbits or guinea pigs in a hutch is a particularly good idea; they should at least have access to a grassy enclosure. On the other hand the companionship of a pet cat or dog for a elderly person can be beneficial to both owner and animal.

The question of the ethics of pets first surfaced up the 1990’s with books advocating the banning of all ‘cruel’ human interactions with animals including horse riding and the keeping of pets. We reject these ideas out of hand as adjuncts to the main thrust of these publications, which were essentially vegetarian manifestos. Loud-shouting animal rights groups proclaim that telling a dog to get off a sofa is cruel. They would like to see pets ‘phased out’ through a programme of sterilisation but decry pet owners who neuter their animals. These groups have their supporters but Bohemianmojo isn’t one of them and we think most people see these views as extreme and marginal however loud they are shouted.

However, we do believe there are real problems for animals bred for the pet industry precisely because there are too many pets. Let’s look at cats. It’s one of the great paradoxes of this debate that many of the people who keep cats are bird lovers. I have friends who are keen bird watchers and provide multiple feeders to help songbirds through the winter. They also have a cat that happens to be a prodigious hunter. Basically they’re providing tabby with a smorgasbord of birds. They know it but they love their cat. The British Trust for Ornithology estimates over 70 million song birds a year are killed by cats in the UK. That’s a lot of birds. In Australia they are in fact phasing out cats with a gradual programme of sterilisation after their amazing species of marsupial mice and shrews were nearly wiped out by felines, which arrived with convicts. That of course is a vital programme to get rid of an invasive species.

Humans keep all sorts of creatures, from snakes to squirrels, as pets but we started with a puppy so let’s look at dogs. Just like cats we think there are too many of them and they are often kept in totally unsuitable circumstances by well meaning and over sentimental owners. We’re not talking about direct cruelty such as beatings or starvation but it surely can’t be right for solitary dogs to be kept in a town apartment while their owners are at work. It just isn’t fair. For us the real ethical problem generated by dog ownership is the propagation of particular breed types, which leads to some very serious inbred medical conditions. It’s our view that however much they protest they are doing all they can to stamp this out the Kennel Club, and big dog shows like Crufts, have a very long way to go.

At Bohemianmojo we’ve looked at the relationship between mankind and dogs previously and we believe it is indeed a very special one based on a bonding, which happened in the mists of time and profoundly changed both species.

So what about Brig; well she’s not really a pet. Yes, we own her but with ownership comes responsibilities. We have to feed her and keep her safe and seek help from a vet if she becomes ill. That’s our side of the unwritten pact between us. I say she’s not a pet because we’ll work together in the shooting field in a cooperation, which goes back millennia. Bohemianmojo is unashamedly hunter-gatherer in outlook and Brig will do what is ingrained into her genes; collecting pheasants and partridges that have been shot. At the moment she lives in the house and is given lots of heartfelt affection as we bond but when she’s old enough she will live outside in kennels with two other members of the shooting team; another Cocker and a kindly Labrador dog.  They’ll do their dog thing, in their dog society and generally interact with us when we’re all out walking or working.

The Guardian quotes one eminence, an ethics professor, saying, “In the long haul, I think pet-keeping might fall out of fashion; I think it is possible that robots will take their place, or maybe pet owning will be for small numbers of people. Cultural trends come and go. The more we think of pets as people, the less ethical it is to keep them.” 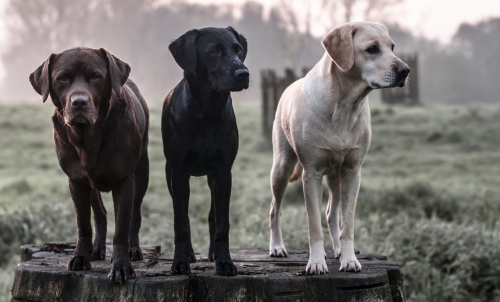 To us this sounds like wishful thinking in a ‘debate’ we suspect has been whipped up and driven by the eating preferences of many of the protagonists. And to be perfectly honest the greatest disservice we could do Brig would be to consider the dog a person. Bohemianmojo totally rejects the idea that the ancient bond between mankind and dogs should in some way be branded illicit or even illegal because of pressure from what is still a tiny minority view. Yes, let’s protect pets and even lay down some rules for where and when they can be kept. It should be socially unacceptable to have a dog because it fits in your handbag.

But Bohemianmojo is aghast at the thought we’d never witness the wonderful sight of collies rounding-up sheep on a mountainside or gundogs retrieving a pheasant in a wood. That working bond between man and dog is an extraordinary thing. I don’t expect animal rights groups to agree. Why would they? It’s not just pets they want to see banished. Most of their number would prevent us eating pheasant or lamb in the first place, if they could.