Is Your Embryo a GMO?

Tweet
There are many things happening in the industrialized world that give one pause and inspire a deeper look at just what exactly humankind is evolving into. One thing I love about BohemianMojo, if I do say so myself, is our ability to look at many sides of a concept and connect the dots between the progressive possibilities and tried and true traditional wisdom.

This latest topic, however, is one that pulls at the very core of my being with little room to find positive outcome. Sadly, it’s also a topic that is sliding pretty much under the radar as the media chooses to focus your attention on other topics that may or may not be as impacting over the long term for humankind.

What could possibly be so dire, you ask?
Genetic modification….but not the kind you’re thinking.

BohemianMojo has long taken the stance that genetic modification is anything but sustainable (despite that Monsanto’s webpage says otherwise). Genetic modification of the world’s food source has created an economic boon for the few individuals at the top of the proverbial food chain, while wreaking havoc in the actual farmland around the world.

One of the main concerns that many farmers have expressed is the existence of so called “Terminator Seeds”.  Terminator seeds are genetically modified to be sterile, they create no offspring. This requires the farmer to purchase new seeds each year. Though, not the topic of this article it is an important component to keep in mind as you continue reading.

Last year in Mexico, a team of scientists, genetically modified a human embryo using CRISPR and with no legal roadblocks are now observing the child as it develops to see if there are any potential issues long term. Um, really?

Incidentally, the CRISPR technology is the same technology that brings you non-browning apples and flavorless tomatoes, hooray!!

Not to be outdone, a team of researchers at Oregon University have utilized the technology to modify donated human embryos fertilized by donated sperm containing a DNA mutation that contributes to the potential for an enlarged heart which can, but does not always, lead to sudden cardiac arrest.

Don’t worry, unlike the study conducted in Mexico, none of the embryos were transferred into women for full term gestation and birth. Interestingly, the peer reviewed published articles don’t mention what did end up happening to the altered embryos upon conclusion of the study.

So, how did the study conclude? Well, you’ll be thrilled to know that it demonstrated that possibly the CRISPR technology can be utilized to modify genetic markers within DNA and maybe not have them bleed into other genetic patterns…and your child won’t be flavorless nor will it oxidize when exposed to the air. Okay just kidding about that last part. 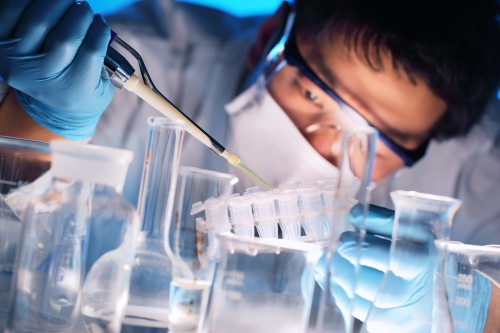 Hopefully, by now you are sitting on the edge of your seat wondering what the heck is going on in the world…we know we are!!

Here’s the deal, we are not anti-science or anti-technology, nor are we anti-progress. But we are anti-modification and exploitation of natural resources (including children) without serious review of all potential consequences. While this particular study was reviewed by two separate review boards for ethics and scientific merit before being given the nod, BohemianMojo can’t help but feel this is more about scientific hubris and less about scientific merit.

Let’s look at several potential issues and questions that don’t seem to be on the radar while researchers like those at Oregon State fight to be the first in the industry to do something shock and awe worthy.

First of all, where is the actual oversight when researchers can boast that if it doesn’t happen in the university lab it can be easily funded in the private industry lab and unleashed on the public that much more quickly.

Then, what about the reality of epigenetics? Epigenetics is based on the premise that genetic markers can be up or downregulated for either health or disease, based on influences of lifestyle and environment. By their own admission from the review committee the need for this particular study is minimal, if intended for greater social good.

The genetic mutation in question has roughly a 50% chance of being passed on to offspring and less of being a potential issue given a lifestyle that downregulates the potential hazardous marker. Which then begs the question why expend the resources to genetically modify an embryo to fix something that can potentially be fixed by other less invasive or expensive means?

Is it paving the way for economic viability, so that we no longer need be concerned about living a healthy lifestyle, we can simply alter our genes? (Hmmm, is that a little bit of vigorous greed inspired hand-rubbing from the Corporate Industrial Complex I hear in the background?)

Okay, so you might be saying that while the usefulness of these preliminary studies may be arguable, perhaps this technology could be used to correct genetic anomalies that cannot be influenced by lifestyle or epigenetic intervention.

Fantastic, so now we have an already burgeoning planet and we have just eradicated the ability for natural selection. Where do we put all the healthy people?  Oh wait, scientists have probably already thought of that… enter an entirely new conversation about that terminator seed we mentioned earlier in the article. 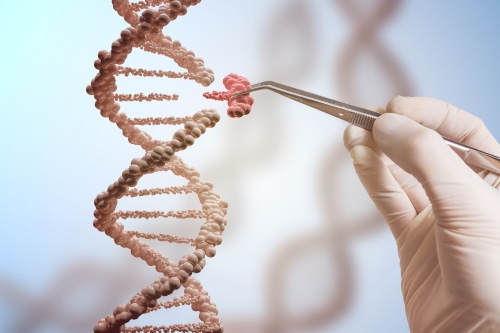 The population issue could be solved in a matter of one generation with a little selective rewriting of the gene markers to include sterility. Not only could the population issue be resolved but potentially anyone in charge of the needle could insure there were no more issues of race or ethnicity difference to plague the planet. Sound a little extreme or too much like a Sci-Fi? Guess what, the future is here…and this is happening right now.

Worse yet, it would appear that the days of science for the sake of social enhancement are almost bygone. In today’s world research has become a purchasable commodity where truth is for sale and scientific methodology can be organized to suit the highest bidder.  Sadly, our very nature is being offered up as fodder for petri dishes and test-tubes.

The bottom line is this; at BohemianMojo we are sitting with the incredibly uncomfortable feeling that humankind is in the process of giving ourselves over to the false throne of science. As much as I love science and respect the process of scientific methodology, it’s also time to get real and take a stand. I can’t love it at the expense of free will, natural determination, evolution and authentic social merit.