TOXIC SMOKE IN THE MIRRORS 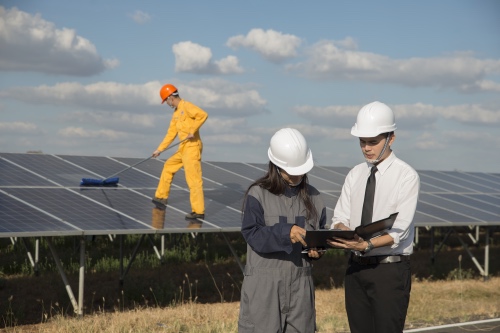 For a couple of years or so we at Bohemianmojo have been discussing our reservations about so-called sustainable wind power and solar energy. We are huge fans of any well thought out efforts to harness offshore tidal or wave power. But we have been very suspicious about the much-vaunted green credentials of the other two although decided not to give it voice while the jury was still out.

We’ll talk about wind power in a future posting but a couple of disturbing dispatches about solar energy have prompted this report. The first is a stark warning from the Chinese authorities on the truly gigantic pollution penalty from solar arrays once they fall out of use.

Lu Fang, general secretary the China Renewable Energy Society Photovoltaic Committee, didn’t mince his words when he warned his country is heading towards a 20 million ton heap of environmentally hazardous, redundant solar panels by 2050. This is a profoundly shocking figure when you realize the explosion of solar farms in China has meant that half of their entire number, were only constructed in the past year.

China made its explosive change to solar after decades of being branded the planet’s worst polluter with its heavy reliance on coal power stations to fuel the country’s extraordinary economic growth.

The problem is the relatively short shelf life of the panels and their alarming, but seldom discussed inbuilt toxicity. They are packed with heavy metals like cadmium, lead and mercury, meaning solar power produces 300 times more toxic waste per unit of generated electricity than nuclear power plants. What’s more they’re extremely tricky to recycle.

You’d think the Chinese recycling industry would be rubbing their hands at the prospect of the big bucks to be made from all this waste material, enough to fill China’s massive Three Gorges Dam, three times in about twenty years.

Not so apparently as Chinese recycling industry expert Tian Min, is quoted in the China Morning Post saying, “The build up will explode in two or three decades and wreck the environment, if the estimate is correct. This is a huge amount of waste and solar panels are not easy to recycle.”

If that wasn’t enough at a local level in China and many developing countries ‘dead’ panels are burnt to salvage copper wire for resale sending heavy metal fumes and plastic carcinogens into the atmosphere.

Obviously the Chinese problem of dead panels can be multiplied across the globe but what about the second elephant in the solar farm – water usage. Not something the average person in the street would associate with the green, clean solar machine.

But guess what solar farms, especially in optimal, high sunshine, desert locations, need considerable amounts of water to keep the dust off their faces.  It they’re not clean the amount of power they can produce drops dramatically. Good journalism at the Las Vegas Sun newspaper brought this problem to the public eye. It seems solar companies grossly underestimate the amount of water they need to function so as to stay within environmental audits.

“In a water-starved desert, the additional consideration is how much of the region’s most critical natural resource will wind up evaporating or dripping into the desert,” says the Vegas Sun article. So just how much water are we talking about? In a recent report it was estimated the Bureau of Land Management in Nevada, would need to truck in about 6.8 million gallons of water a year to clean the thousands of acres of solar panels about twice a year.

That’s not the only problem the Las Vegas area, home to the world’s largest solar array, is facing with claims, still being investigated, that large solar arrays are themselves causing temperatures to rise in the local area. It’s not exactly what you want from a system designed to combat global warming. 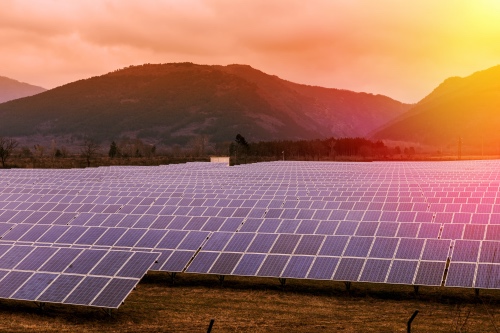 Oh, and then there’s the birds. I nearly forgot the birds.  Every day workers watch the shocking sight of birds, chasing insects on the wing, bursting into flames when they hit concentrated beams of sunlight reflecting like lasers from solar panels. They puff into wisps of white smoke as their feathers go up in flames and they drop to the ground.

An estimated 6,000 birds die this way every year over the five-square mile Ivanpah Solar Plant near Las Vegas where plant operatives call them ‘streamers.’  Multiplied around the planet there are probably hundreds of thousands of birds dying this way every year.  We will probably never know how many.

There are those who would argue the trade-off is against the creation of C02, but what power generating system that kills thousands upon thousands of birds every year, can possibly call itself sustainable? Which begs the question; Just whose planet are we saving with these toxic smoking, temperature raising, bird immolating solar mirrors.

Possible solutions? Check out this article: Time and Tide