ALL THE LONELY PEOPLE

In a recent edition the UK’s New Scientist magazine posed a fundamental but politically and socially explosive question. Should we impose population controls on the human race? The article quotes the Malthusian warning of 1798 that growing population would inevitably see mankind eat its way through the planet’s finite resources condemning millions to famine.

Thomas Malthus’s prediction has indeed come to pass with increasing frequency, at least on a regional level, but by and large the population, now standing at 7 billion, has yet to exhaust the planet’s bounty. Of course that may not be the case by the end of the millennium when, all things being equal, we may have three or four billion more planetary compatriots.

Population control is, no doubt, the governmental elephant in the room. We know that the world’s power brokers at government and a business level ponder the problem ceaselessly but do not advertise their discussions to their various electorates fearing a mighty backlash on the lines of ‘why do you get to decide.’  Conspiracy theories about population control abound.  Con trails from aircraft are loaded with contraceptive chemicals, we are told; various laws and, in the US, Presidential orders are said to be the precursors for enforced eugenics. 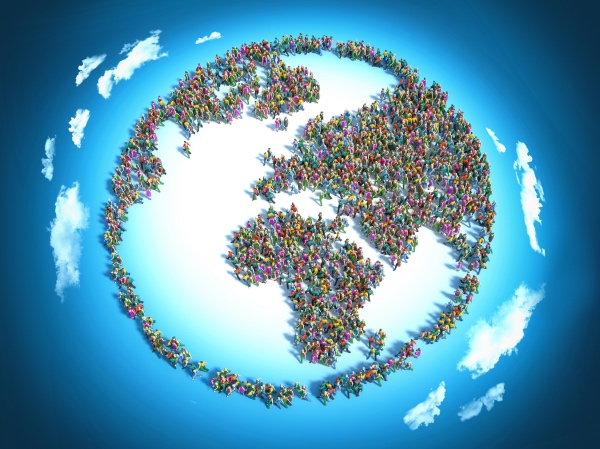 Conspiracies aside population control has been tried. Communist China’s experiment with one child families did little to curb population growth but caused a great deal of social unrest before it was abandoned. In a democratic society it would never have happened in the first place. That experiment also highlighted the fact that a ‘whole planet’ approach would be difficult to secure even through the machinery of the United Nations.  You can all too easily imagine India accusing Pakistan of secretly allowing population growth to continue to militarily outgrow their neighbour, for instance. Multiply that sort of factor around the globe and the idea seems doomed to failure.

So what is the solution?  Well some experts, including Prof Stephen Hawkins, believe mankind should boldly go in search of other planets to colonise and so reduce population pressure on our blue planet. We don’t think so. Bohemianmojo suspects that course would simply spread the pressure through the solar system. Others advocate staple foods being genetically modified with a birth control factor built in. No thanks.

The New Scientist article suggests, albeit tentatively, that we should look at the other side of the coin for an answer and limit lifespan rather than birth rate.  We can’t see that going down with electorates too well either. Shades of Soylent Green! And if you never watched it’s well worth viewing the classic movie of that name.

At Bohemianmojo we think the incessant clamour for economic growth is one the root causes of overpopulation. Ever since our forebears chose to end the hunter-gatherer lifestyle and grow crops in a static location growth has been at the heart of our way of life.

Let’s start there and look to learn from the past and persuade people to return to a more sustainable way of life.  Small, sensible steps at first but whatever happens the problem is not going to go away.

Of course there may be another intervention that solves the problem. It may be one that the planet or the universe provides; one that we as a species, may not like to contemplate.