Chewy, nutty, and slightly sweet; Barley is a cereal grain with a very interesting history. 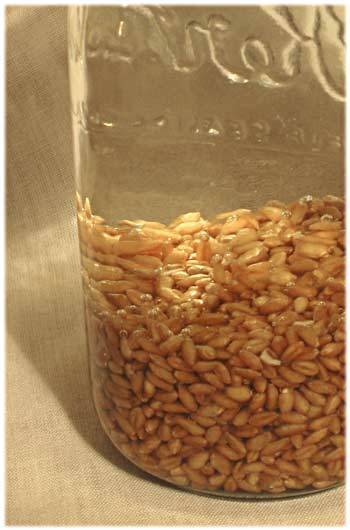 It is one of the first cultivated grains in human history and is still in many cultures a staple ingredient in daily diet. While economically, wheat seems to take the forefront in cultivation and consumption, Barley is apparently the superior grain in many ways.

Many historical publications on agriculture and early man would have us believe that grain came into the human diet in the shape of bread, making for a more readily available food source. However, there is now new evidence and new interpretation of data that suggests it was beer that actually came first.  Bread was prepared as a way to make the ingredients for beer more travel ready...not necessarily to be consumed as part of a meal. Gastronomical Anthropologists suggest that the consumption of beer by ancient agricultural peoples was not necessarily for the intoxication factor; rather it was more because the fermentation process made for safer and healthier beverages. Livestock and agricultural practices potentially contaminated communal drinking water and fermenting increased the health of the gut and decreased the impact of bad bacteria. It is thought the early daily beer was actually more like the current day health drink “Rejuvelac” which is basically fermented barley water. Ceremonial drinks were left to ferment longer, which then gave them a higher alcohol content. The fermentation process also increases the bioavailability of the nutrients in the grain, specifically B vitamins and decreases the toxic impact of phytic acid found in the grain shell. Even though conventional Barley has been hybridized to have less of the toxic impact, it still contains enough to be a digestive irritant; this is why you should always soak whole grains if you are choosing to eat them. 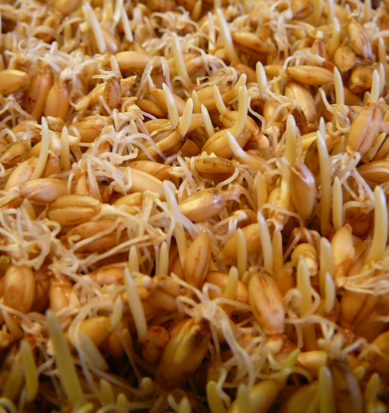 I soak Barley occasionally and make my own rejuvelac, which is especially refreshing in the summer months. I also, use the soaked grains to add to salads, soups, stews, stir-fries. They are probably one of my favorite grains because I find them so chewy and fun to eat.

From a nutritional perspective, I’m sure you know there are a million opinions about the consumption of grain, including Barley. Dietary information is so conflicting; should we eat them, should we not eat them?

Unfortunately, there is no easy answer to that question...from my perspective it depends on many things like body-type, ethnicity, genetic predisposition, metabolic processing, etc, etc... the best you can do is pay attention to your own body and learn how you respond to the consumption of grains. Do they provide energy? Do they make you feel sluggish? Do they impact your mood? These are things you can pay attention to in order to help learn whether they are good for you to consume or not.

Just from a straight nutritional profile, when eaten as a whole grain, Barley is a great source of fiber and nutrients. In fact, the only way I would ever suggest eating it is in its whole grain state. It is high in manganese and B vitamins. Research suggests that Barley can be useful in balancing cholesterol and helpful in fighting diabetes and insulin resistance. Barley is also a good source of Selenium which helps prevent Colon cancer and other gastrointestinal ailments.  Studies demonstrate that it also helps decrease oxidative stress and balances hormones. Again, this is whole grain consumption, not floured or manufactured products from barley. Also, it's good to note that while Barley contains much less gluten and gliadin that hybridized wheat, it still does contain some, so if someone is truly celiac, then Barley is not a good option. However, Barley tends to be a good option if someone is intolerant to hybridized wheat but not truly Celiac.

Get the Nitty Gritty