I have a confession to make. I am a bibliophile. I dare say the rest of the Mojo team are with me on this one.

Books. We love them. We read them. We write them. Honest to goodness real books. The kind you can hold in your hand, feel the weight, smell the pages, and luxuriate in the words. Time spent in bookstores and libraries is an indescribably treat. In today’s world of electronic devices and technology, the printed word is under threat. We at Bohemian Mojo do our best to support local book vendors and reading resources. It’s one small way of preserving history. 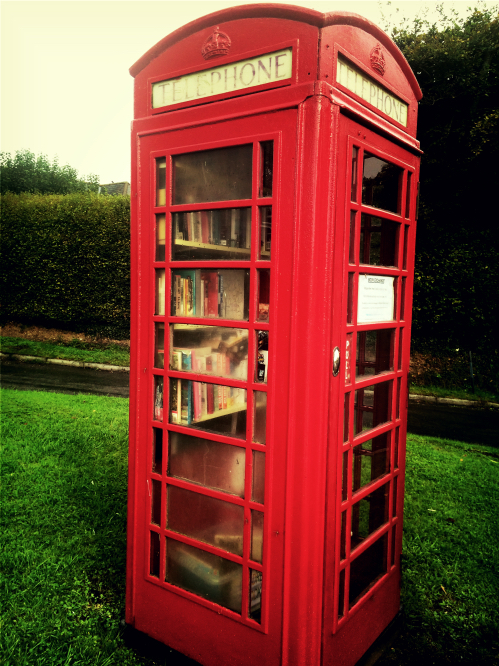 Confession number two: I have an odd fascination with the delightfully iconic red telephone booths that grace the streets and sidewalks of Britain. I find them magnificent. Judging by the amount of tourists I see posing in them while wandering the streets of London, I think other people feel the same.

Recently in our travels, through the smaller village roadways away from the rush of city traffic the Mojo team began noticing that many of these icons to days past are in severe disrepair. The onset of cellular phones have made them all but obsolete. Feel free to cue the song “video killed the radio star”. It’s most certainly playing in my head as I continue thinking about the demise of the red phone booth. Their phones have been removed, their windows are often broken and their stately red walls are scrawled with graffiti; a rather sad ending to a bygone era. 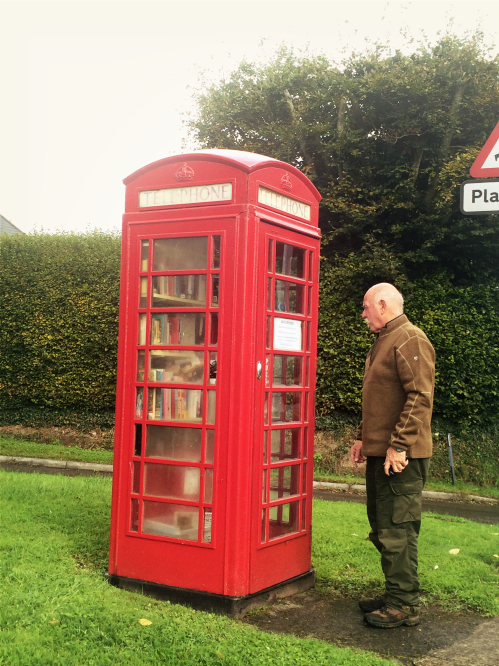 According to references the red phone booth came on the scene of telephonic history in 1926 as a contest winning design by Sir Giles Gilbert Scott. The design was embraced and soon found in villages across the country. It has undergone some modification over the years to keep up with technology but a fierce dedication to the basic design has turned it into an icon. So much so, that when the telephone company responsible for these boxes began attempting to remove them due to disrepair, many communities objected. In 2009, BT Telephone company, began an “adopt a kiosk” plan that entailed allowing community councils to take over care and feeding of the empty boxes for just 1£. With that, communities are rescuing their beloved red phone boxes and preserving a little piece of history. 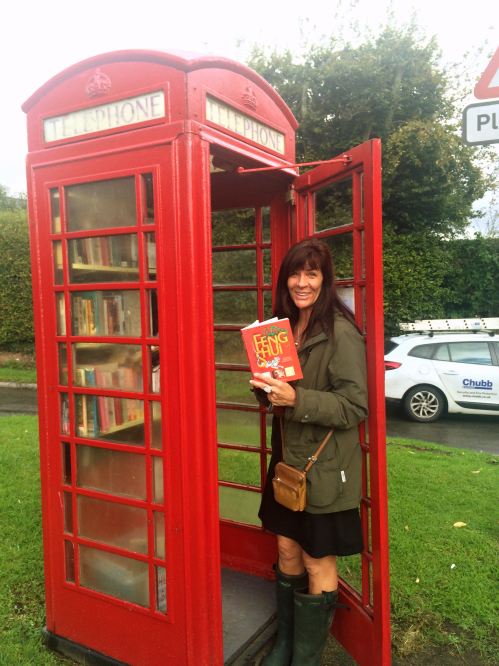 Mildenhall Village (pronounced My-nall) is just such a community. Their red phone booth stands on the edge of the windy little road that runs through the Kennet Valley connecting the surrounding hamlets and towns. Over the past year or so I’ve grown to recognize it as a little landmark signaling the onset of adventure. One day, perhaps because the sun was just right or maybe the car was moving a little bit slower, I noticed a row of books inside the telephone box. “What a fabulous idea” I exclaimed, “you can read while waiting for a phone call”.

At which point Alun informed me there was no phone in the box, only books. Only books??? I had to stop and investigate. Sure enough, Mildenhall Village Council has managed to do a super fantastic job of combining my two obsessions; the red phone booth and books. Real books lining two small shelves, with a small note inviting the trading and sharing of books. Delightful! I daresay, in their absolute ingenuity and commitment to adopting and repurposing their community red telephone box, they have created the world’s smallest and most adorable library. Well done!