Whether it’s being required to randomly repack luggage at the ticket counter or surviving an extreme blowout in my rental car on the M25, there has been adventure after adventure from start to finish. This time, I was determined for all to go well. I left early enough to get to the airport in record time with no mishap. Traffic was a breeze, dropping off the rental car was a breeze, checking in was a breeze, even getting through security was a breeze... fantastic! Could it be the streak was broken and everything was going to go smoothly and easily? 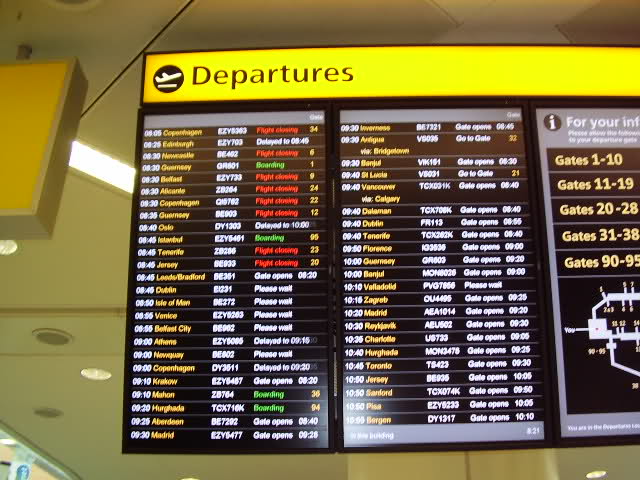 After getting through security, I made my way to the main waiting area and waited for a gate announcement. Gatwick has the world’s biggest single use runway, so it’s not unusual to wait until the last minute for boarding information. I checked the monitor; it was now boarding time and still no gate. Hmmm, I began to wonder if there might be a delay and made my way to the Virgin Atlantic counter to ask. Yes, there was a slight delay, 30 minutes or so. I wandered off and waited. 30 minutes came and went; still no gate. 30 minutes became an hour, which then became 90 minutes. I decided to get a coffee and continued to wait. After my coffee, I wandered back over to the monitor to take a gander only to find that it read “gate to be announced at 9:20”.  Now this may not seem like a big deal, except, it happened to be 13:30 and all times utilized in Gatwick airport are on a 24-hour clock. This means unless there was some grave error, my gate would be announced the next day. That had to be a mistake. I made my way back over to the Airline counter, only to find a crowd of very loud and angry people yelling at the poor Virgin Atlantic employee who had been elected to make the announcement that indeed, yes, the flight was delayed until tomorrow. Oh great! The streak was most definitely not broken. 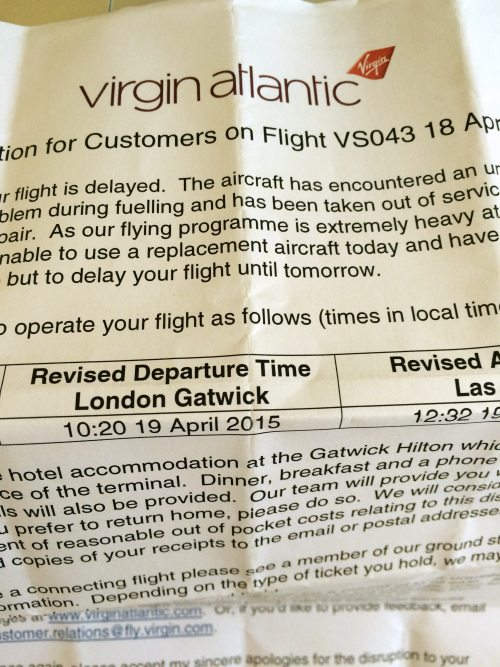 A range of emotions quickly flashed through my mind as I looked at the haggard face of the woman trying to calm the masses. I decided there was naught to do but make the best of it all.  Who knew what sort of adventures might unfold out of this? Soon we were given a letter explaining how to proceed. We were to go back through customs, obtain our luggage and make our way over to the adjoining Hilton Hotel, where the airline had secured rooms for the night. Accommodations, dinner, what more could they do to make our inconvenience more convenient? I know! How about a voucher for food in the amount of 15£, (which is about 20$ U.S.)?  The only stipulations were it had to be used all at one time and only in the airport convenience stores. Ha! I felt the ultimate urban foraging challenge coming on! 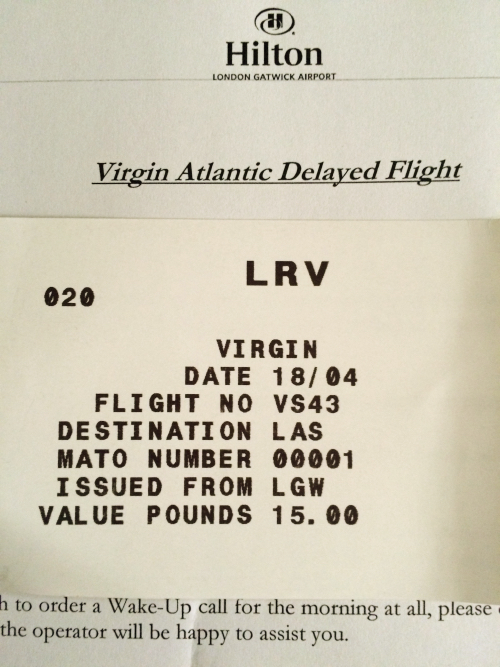 The next morning, I made my way back over to the airport, checked in for my flight and prepared for an uber urban foraging expedition.

In case you’re unfamiliar with the concept, urban foraging is all about finding edibles in the urban landscape... As a Mojo Maker and a food freak, I take it into a little bit different direction with the idea that it also includes finding the most sustainable, nutrient dense and healthful foods in any urban setting. You can urban forage in your supermarket, wandering the aisles and letting your inner hunter/gatherer find the most beneficial food choices and you can urban forage at a buffet, sorting through the limp lettuces and chemical laden entrees to find the quality goods. So, here I was in W.H. Smith, surrounded by kit kats and people magazine... ready to unleash my inner hunter/gatherer. I felt like I was on my own personal game show, how quickly and thoroughly could I gather my loot? How close to the full allotment could I come? I started humming some random theme song and got ready...3, 2, 1...go! 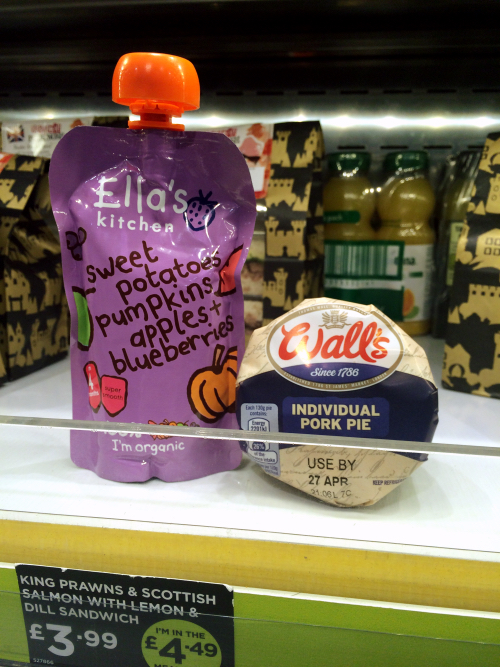 I started in the refrigerated section first; any good hunter/gatherer knows that fresh food is the top tier of a quality catch. Boo, no fresh fruits or vegetables. Search on... Score! A veggie sandwich from URBAN eats, ploughman’s cheddar and apple. Keep moving. Keep scanning the landscape. Aha! The next score is even better; Ella’s Kitchen organic fruit and veggie puree; sweet potato, . Oh yes! I would not be forced to go without vitamins, minerals, and other phytonutrients. Feeling quite pleased with myself, I continue to rove. Eureka! Seed and Bean’s Organic and ethically produced dark chocolate bars. Woohoo! I had to get two of those (Cornish Sea Salt & Raspberry). Moving on, I acquired two bottles of Smart water (typically, I am not a fan of water in plastic bottles but in this instance it is better than no water at all) and last and unfortunately, lowest on the list of quality loot, Cathedral City cheese and pickle. 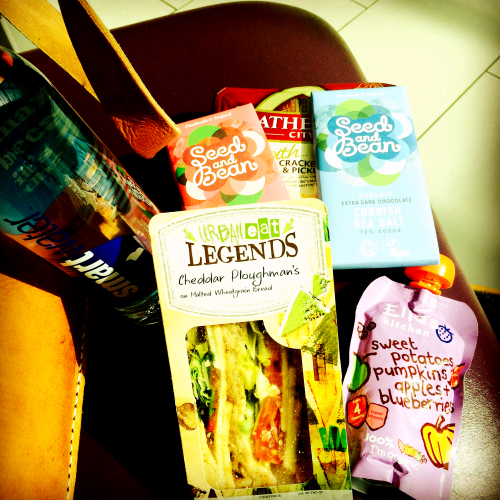 For my unique metabolic type, this list is actually perfect; some good proteins, some good veggies, and good chocolate... quite the range of potential nutrient benefit and most of the foods from companies attempting to be conscious. That is definitely an added bonus! I submitted my voucher for my foraged goods and headed back out into the main terminal just in time to hear my gate announcement. My flight was really going to materialize today. I made my way to the loading area, reflecting on the past 24 hours... a potential inconvenience, yes. But, also a chance to have a little fun, stretch my foraging skills, and also feel a sense of gratitude that companies with a conscience are starting to make their way into the mainstream marketplace. Well done, everyone!