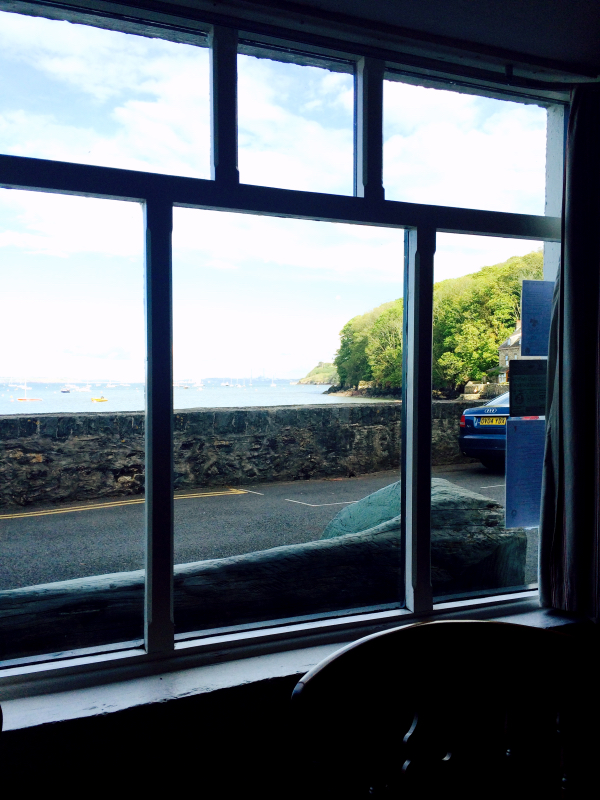 “I’ve never eaten it,” she confessed, “I’ve just never liked the sound of it.” 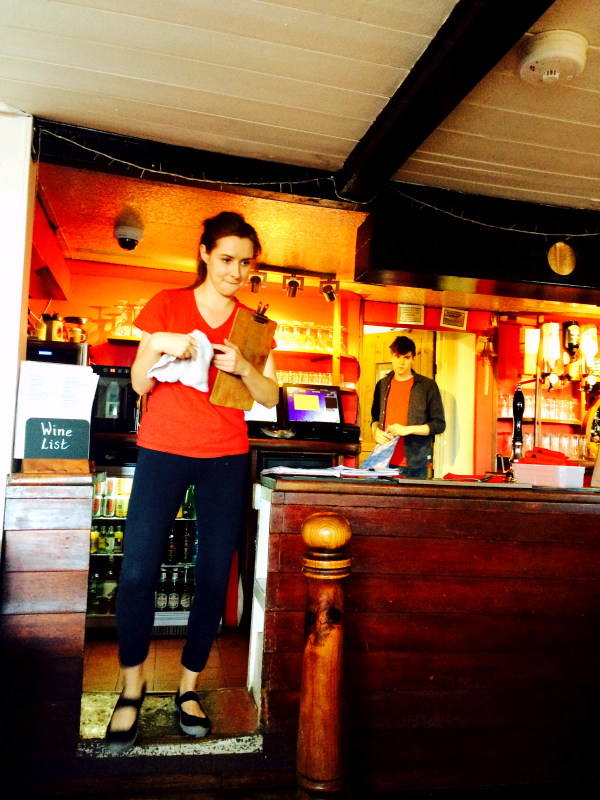 The sound of it? Whatever did she mean? That’s nothing to do with the taste of it I protested as she began to explain the metaphysics of onomatopoeia. I scoffed at this of course.

How can you dislike something  just because you don’t like the name it carries? Preposterous! At which point we were joined by our waitress Rachel who just happened to have a degree in linguistics and was working until she went to read for a doctorate in said subject at Cambridge. 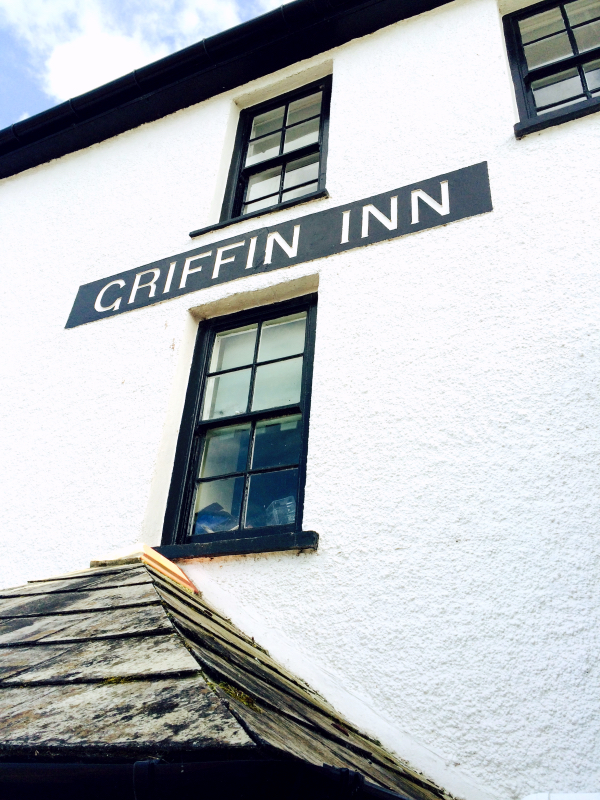 Blah, blah! On and on they went about the psychological link between sound, sight and taste. And then they cut to the chase. Apparently it’s a girl thing. Whatever that means!

By the way we were at the Griffin Inn which stands on the quayside in the beautiful village of Dale on Milford Haven in the county of Pembrokeshire in wonderful Wales. 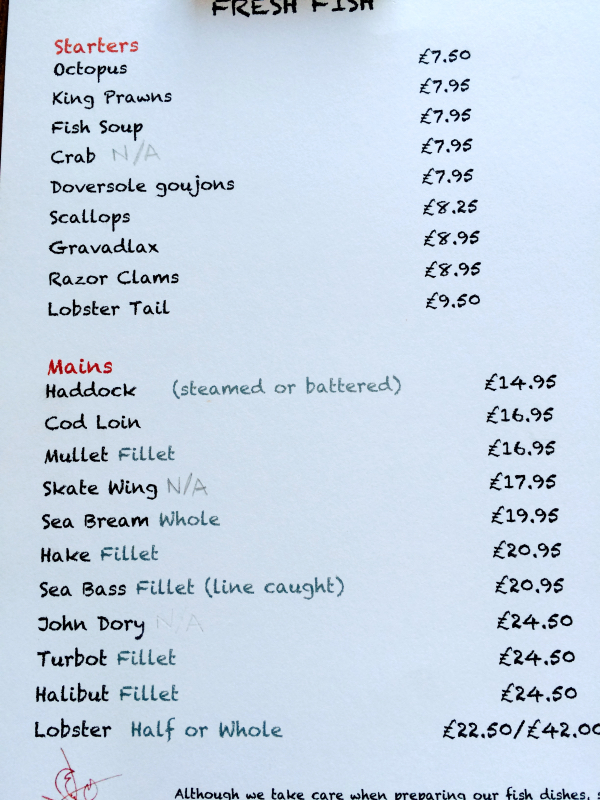 And the thing about the Griffin Inn is that every fish they offer on their menu is the ‘catch of the day.” That’s because the Griffin’s chef Simon Vickers has struck up a wonderful partnership with local fisherman Mark Gainfort.

Like all genius ideas it’s simple enough. The pub has its own fisherman and the fisherman has his own pub. All of Mark’s daily catch out in the Haven ends up on a plate in the Griffin. He’s even re-named his boat the Griffin Girl and, guess what, the pub is also his local.

The result is a dream deal for both and a fish menu which is a daily revelation, and a challenge for Simon, depending on what Mark lands. It’s also a partnership which has caught the imagination of the public with a lot of media attention and rightly so. 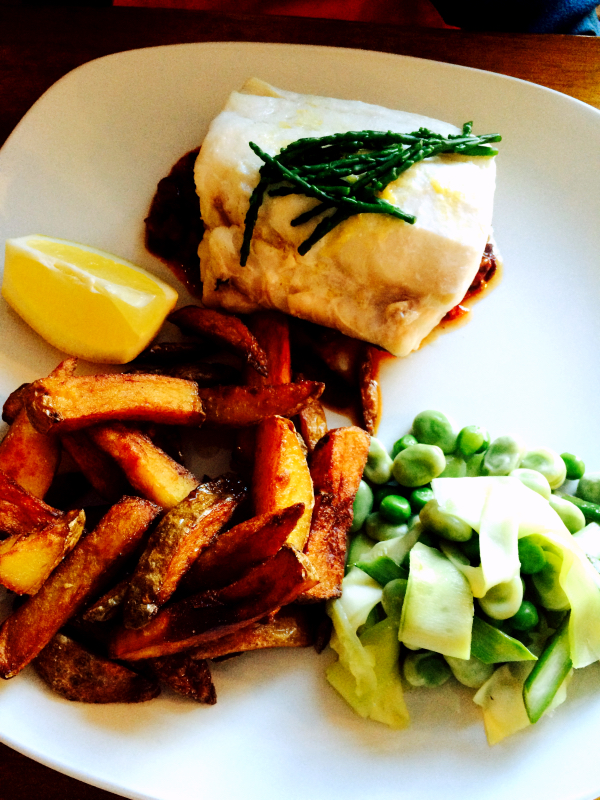 I hope they can hear the thunderous applause coming from Bohemian Mojo. We think it’s a model of sustainability and good practice that others, coastal or inshore, could emulate.

So, naturally I chose the hake (it really is one of my all time favourites) and Stephanie went for the cod with a light lemon and butter sauce and a dressing of samphire.

Both dishes were weighed down by large fillets of perfectly cooked fish with an emphasis on simplicity so that the star of the plate wasn’t drowned by the sauce. You could taste the sea in those wonderfully, fresh flakes of fish. Fantastic! 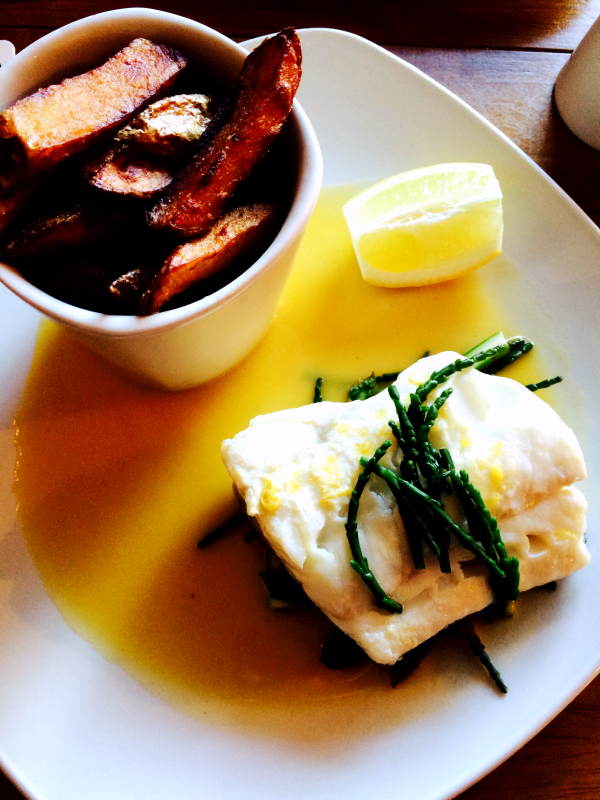 But there was another delight which was totally unexpected. We’d both asked for chips, fries if you like, and when they arrived they had a very dark brown almost burnt look about them. I wondered if they’d had too long in a tanning parlour. Then I tasted one.

Oh happy day! I couldn’t believe it. I’d found the holy grail of the deep fry. The best chip I’d ever tasted. You can keep your French Fries. Give me Dale Fries any day. Even Stephanie, not the biggest fan of the potato in any of its guises, wolfed the lot.

Our evening was completed when we got the chance to speak to the creators of the bliss we’d just tasted; chef and fisherman. 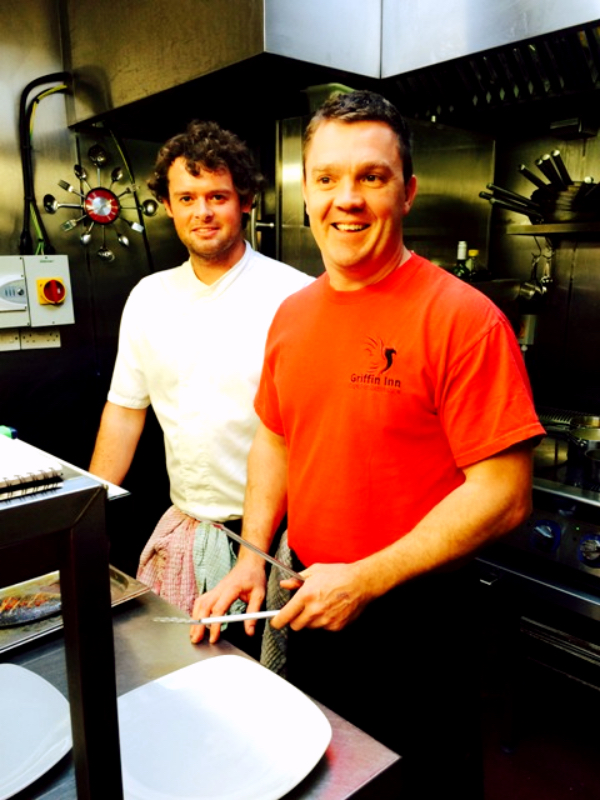 Simon took five minutes from the kitchen to tell us how he and his partner Sian Mathias were living in Cheltenham when his business went wrong. Sian was desperate to return to Wales anyway and so they took it as an opportunity.

Her family had owned the Griffin previously and they managed to get hold of it once more and transform it into a prize winning eatery which lies right on the Pembrokeshire Coast Path voted the second best walk on the planet by National Geographic no less.

“The partnership with Mark means we are able to offer great quality, impossibly fresh fish to our guests. It also keeps us on our toes because we just don’t know what he’s going to bring in until he gets here,” he said. 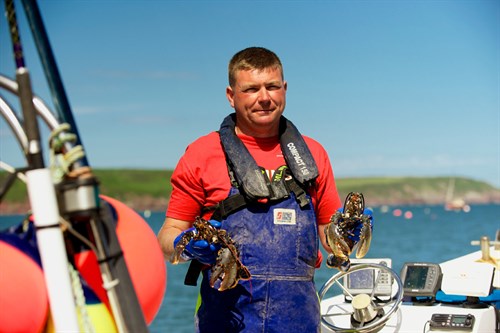 Mark used to land his fish at the port of Milford Haven on a fish dock dominated by large Spanish trawlers.

“My catch was just caught up by the prices of the market that day and whisked off to the continent with the rest. It wasn’t very satisfying,” he said, “I tried selling off the beach to tourists but if the weather was bad you just didn’t see any tourists on the beach.

“Now all my catch goes to the pub and I can see people enjoying it while I drink my pint at the bar. It’s a very rewarding feeling.”

Mark has been fishing in the waters of the Haven (named by Admiral Lord Nelson as one of the top ten finest natural harbours in the world) since he was a boy. Things have changed in recent years as more exotic species move up into British waters as they warm. Last year he even caught a skipjack tuna in the Haven and he regularly catches species like gilt head brean which have moved north with climate change.

Savoring the last morsels of our divine dining experience, we gave our heartfelt thanks and began to make our way to St. Ishmael and the Monk Haven Manor. Monk Haven Manor, we learned before departing was another gem run by the Mathias family. We were excited to see what we would find. (more about that coming soon...) 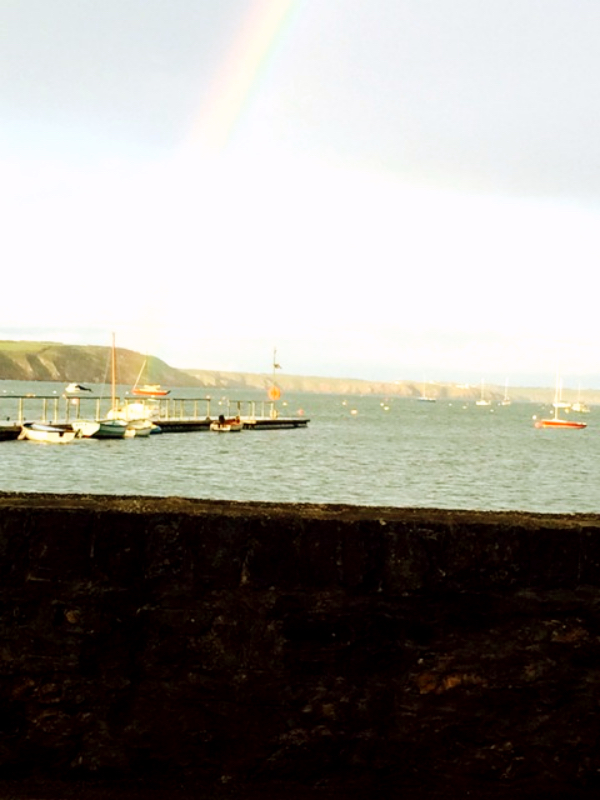