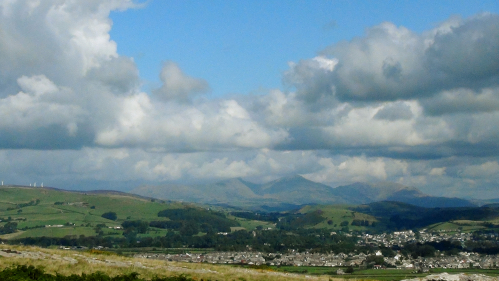 Okay, not quite the lines Glen Campbell wrote but he might have if he’d ever visited the vibrant town of Ulverston on the edge of England’s magnificent Lake District.

Bohemian Mojo headed there recently on a tour of the North of England. First we walked on famous Hadrian’s Wall; the northern tideline of the Roman Empire. Wonderful. 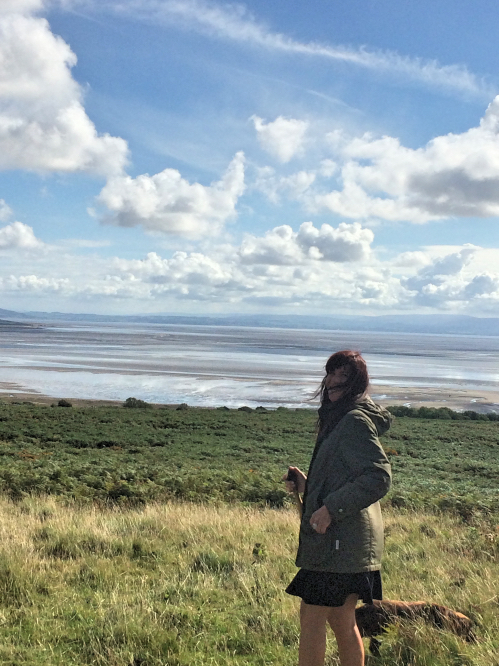 Then on through the handcrafted landscape of the Lake District; revered equally by Wordsworth and Beatrix Potter. Next Ulverston where we linked up with renowned photographer Milton Howarth; who lives in the town with his partner Susan.

The first thing to hit you when you reach Ulverston is its location.

To the north are unparalleled views of the mountains of the Lake District; stark and uncompromising in the distance.  To the south the equally beautiful Leven Estuary and the sparkling waters of Morecambe Bay. Breathtaking.

Our stay didn’t get off to an auspicious start. We arrived at the hotel we’d booked on the edge of town to find, well, to find absolutely no-one at all. Milton was with us and we knocked and hollered but the phantom hotelier was nowhere to be found.

Nothing for it but to find alternative accommodation and it's then, as the saying goes, one door stayed closed but another opened. We got the last room available at the Swarthmoor House hotel. What a stroke of luck. 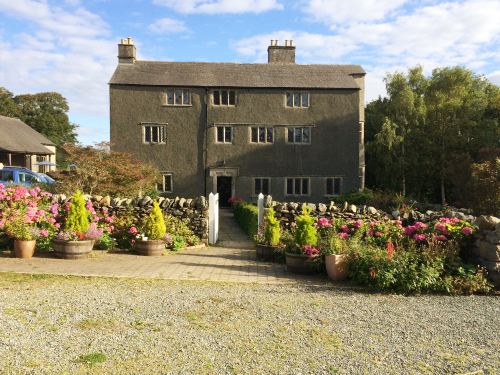 Swarthmoor is a fusion of museum and well-appointed hotel with a gentle ethic all of its own. The 16th Century house was the home of Judge Thomas Fell and his wife Margaret who gave sanctuary to the early George Fox founding father of the Society of Friends. Swarthmoor is the birthplace of the Quaker movement.

That struck a deep chord with Stephanie as many of her ancestors on her father’s side were Quakers and she was humbled to be staying in Swarthmoor. Ever since the days of Fox and his daughter Meetings have been held in the ancient house and they are to this day.  I’m sure that’s reflected in the serene quality of the house.

It’s as though the peaceful thoughts of hundreds of years have soaked into the oak beams and panels of the building like beeswax. We loved it. Off to the Farmer’s Arms at Baycliffe for dinner with Milton and Sue where we learnt of Ulverston’s communal obsession. Festivals. They just can’t get enough of them up there. The big one is the Dickens Festival a Christmas themed epic on the last weekend in November which sees the locals dressing in period costume as thirty thousand visitors pour into town. 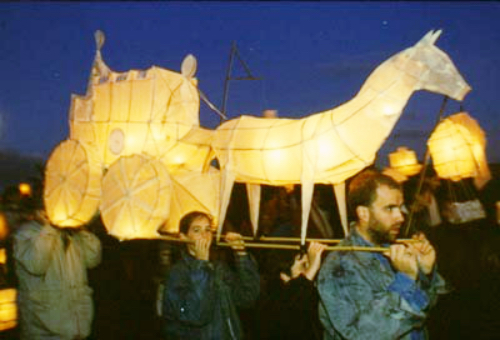 There’s also a Lantern Festival and a Literary Festival. I counted a dozen on one list but there may be more. Three of them are even alliterative as Ulverston puts on festivals to celebrate Bhuddism, Breastfeeding and Beer in no particular order. Fashion and Flags, Words and Walking; all have their own day of celebration in the town. 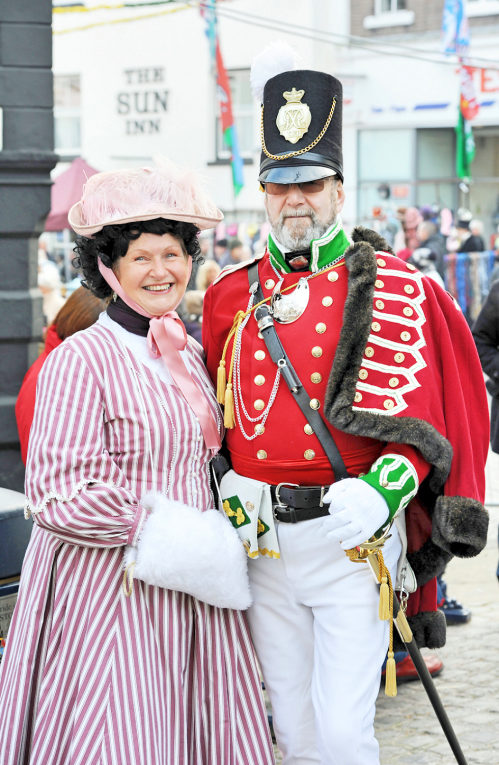 “The big one is definitely the Dickensian street festival on the last weekend of November,” said Milton, “There are Christmas stalls and half the townsfolk dress up in period costume and the whole town has a very Pickwick Papers feel about it. It’s great.”

Next day was market day. Markets have been held in the town since Edward I granted Ulverston a charter in 1280.  Market Street has great shops with an emphasis on local crafts and produce. 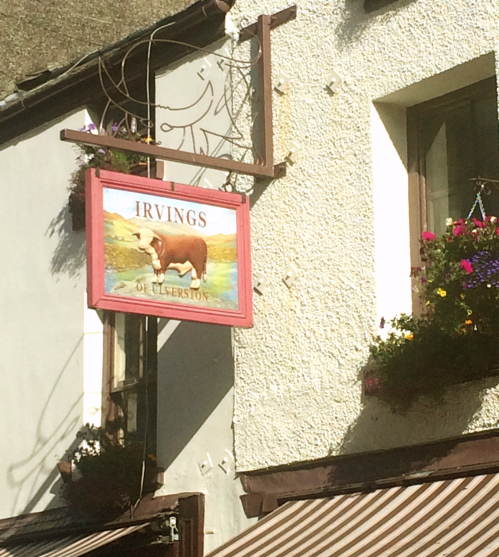 There’s an independent bookshop with a great range of titles and it holds a good stock of local history and guidebooks. No surprises they have an equally independent record shop called Vinyl Countdown. A really well stocked wholefoods store called Appleseeds and some quality gift shops too; not forgetting Irvings an excellent local butcher.

Oh! I nearly forgot Ulverston is the birthplace of the silent movie comedy genius Stan Laurel.

There’s a statue in the town centre, a Laurel and Hardy Museum and various shops and pubs themed on the deadpan actor.

But for me the enduring star of Ulverston lies just outside the town boundary. It’s a dome of limestone called Birkrigg where we walked the dogs during our stay.

It’s a place of tranquility and a place of three hundred and sixty degree views.  Here and there the sheep cropped turf gives way to water-carved pavements of limestone; labelled karst by geographers.

At its heart is a place of worship, a simple stone circle constructed by our ancestors 9000 years ago. And even thought the stones are exposed to the elements to me it has the same tranquil, ethereal quality as the bees waxed oak of Swarthmoor Hall. 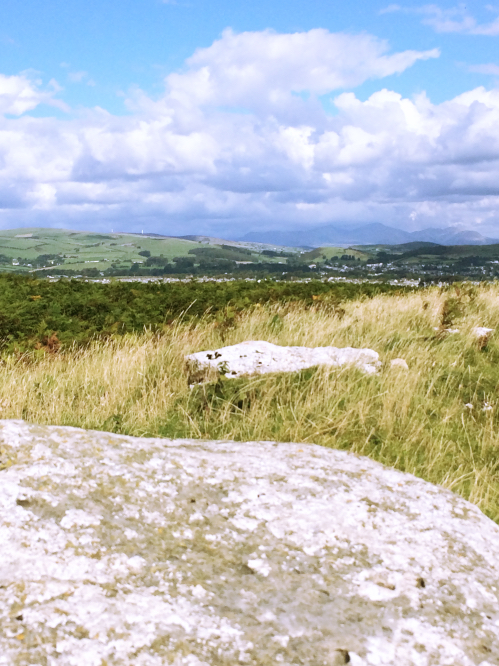