“Well yes, it is tasty but it doesn’t rhyme with tasty; it actually rhymes with nasty.  It’s a pARSty Stephanie, not a pAYsty.”

It took at least a day to teach Stephanie how to pronounce the name of Cornwall’s national dish, the pasty. Her rendition made the scrumptious West Country meal sound rather pale and unhealthy which it most definitely isn’t.

We were already well on our way to the ancient kingdom of Cornwall so there was no way I was going to sing ‘Let’s call the whole thing off’ just because an American couldn’t say pasty properly. 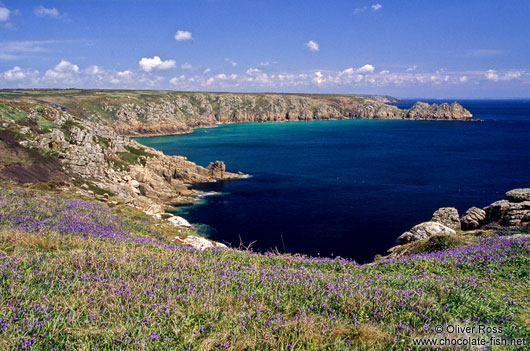 In complete contrast to Bohemian Mojo’s winter visit to Cornwall the weather this time was lovely and on first sighting the sea sparkled in the spring sunshine. The mission we’d set ourselves was simple. We aimed to find the best Cornish pasty in the world and perform an autopsy on it. 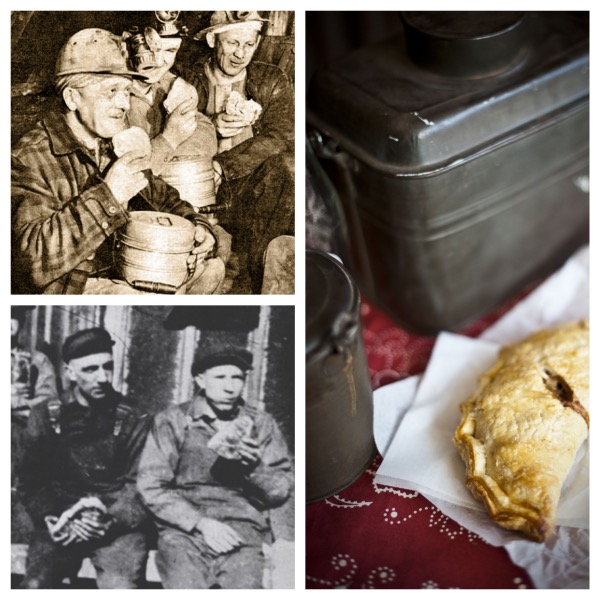 At least we thought it was simple but we hadn’t realised the complexity and variety of the pasty-baking world in Cornwall or what a minefield it is. Literally in one sense as pasties are an ancient tin miners’ meal in Cornwall where tin has been mined since the Bronze Age.

Some say they were made with a savoury meal of beef and vegetables at one end with a fruit pudding at the other. Some say the crimping was made thick to form a handle so that miners could carry their lunch conveniently.

Others say the crimping was thrown away and was a protection against the miners poisoning themselves with the arsenic found in the tin mines. All these stories are the subject of fierce controversy and there are disputes over everything from the way the pasty pastry is crimped to the names of the ingredients. These days it seems politics rules pasties. 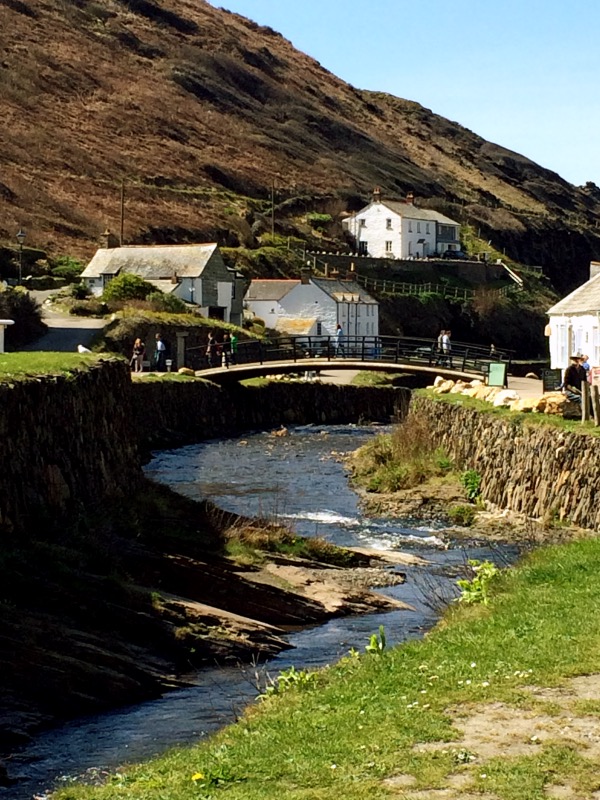 First stop on the itinerary though was a return to North Cornwall and the delightful fishing village of Boscastle to visit the Witch Museum. I believe Stephanie is going to say more about that but I found the visit disappointing. The cove at Boscastle however is truly beautiful and made up for any disappointment in spades.

On then to Falmouth and the famous Green Banks Hotel where Kenneth Graham wrote ‘Wind in the Willows’ and conjured those unforgettable riverbank characters which have delighted generations of children and adults alike. 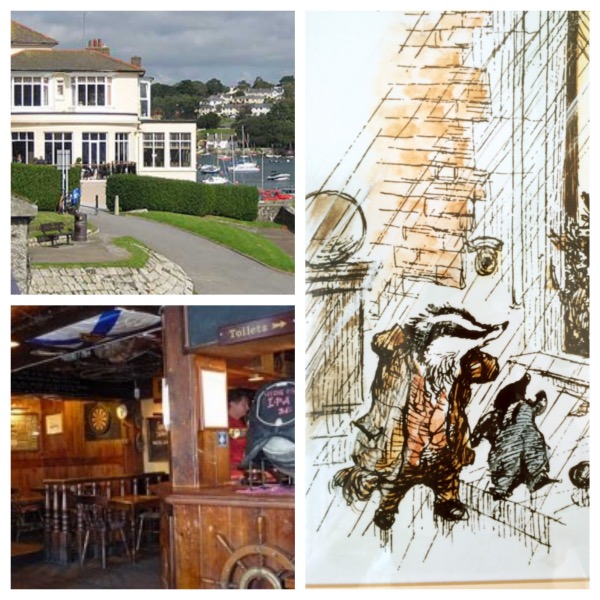 Falmouth is a bustling place which manages to blend stunning views and beaches with the authentic feel of a working port.  The town lies on the Fal estuary which Admiral Nelson listed among the ten finest natural harbours in the world. It’s well worth a visit.

Over a pint in the old Chain Locker pub on the Custom House Quay we quizzed locals about the location of the world’s best pasty and were given the names of a few contenders to follow up. One of them was Anne’s Pasty Shop on the Lizard Peninsula, to the west of Falmouth.

I’d tasted Ann’s pasties years ago and the memory lived with me. Scrumptious. We headed there and found her ship down an alleyway with vivid, saffron coloured walls; a colour loved in Cornwall.

We introduced ourselves and were soon engulfed by the storm force welcome of Ann Muller the Pasty Queen of Cornwall. 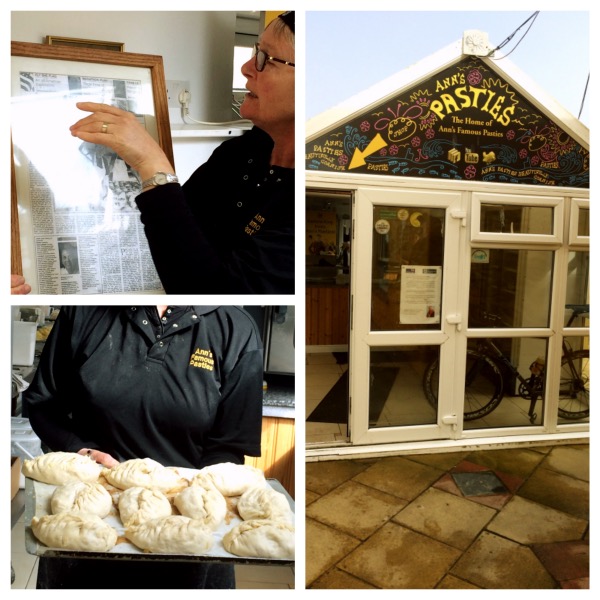 Ann is a staunch advocate of all things Cornish and a driving force in the growing re-attachment of Cornish folk to their Celtic roots. She’s co-author of a book called Cornwall: One of the Four Nations of Britain which argued for the recognition of the county as a separate cultural and government region; much like Wales and Scotland. That recognition was finally given by the UK government in 2014.

For Ann the pasty is one of the cornerstones of Cornish identity. She is totally passionate about pasties. In the background trays of her creations were being swelling before their eyes as they were crammed with local meat and vegetables. Each pasty was lovingly crimped, on top, before the trays were slid into the oven.

All the while Ann gave us a running commentary on her favourite subjects; Cornwall and Cornish pasties. 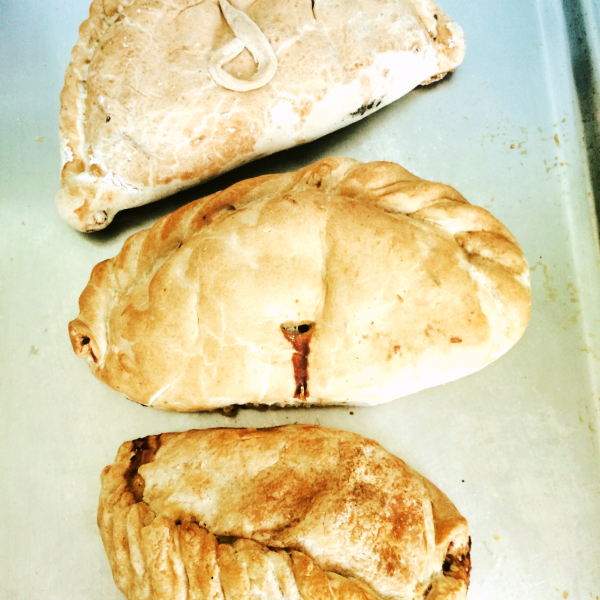 “No secrets except top quality produce,” she said, “That’s all it takes. No secret ingredients just best ingredients.”

And speaking of ingredients, Ann has a major gripe with the ruling body of the pasty baking world, the Cornish Pasty Association.  She doesn’t hold with them and believes they have been taken over by the giant producers; companies remote from Cornwall.

They’re influenced by companies like Ginsters, she says, who produce pasties in huge numbers.  And these big players have changed the rules to make a side crimped pasty the official standard.  Ann, crimps the pastry on top which, she says, is traditional. But according to the Association she is no longer entitled to call her top crimped pasties Cornish.

“Absolute, bloody nonsense,” she says, “The side crimp suits the big machines used by the food processing companies who call themselves pasty makers. Top crimping is Cornish through and through. I don’t care about their rules. They’re nothing to do with me.”

And then there’s the controversy of that humble vegetable, the swede aka the rutabaga. Now stay with me here as this is confusing. The swede or rutabaga is also called the Swedish turnip or the yellow turnip as opposed to its cousin the white turnip.

In traditional Cornish parlance the word swede has never been used so, according to Ann, a pasty can have white or yellow turnip. The Association however insists only swede is allowed in the recipe, which infuriates Ann who believes outlanders have hijacked Cornish tradition. It’s a torrid place is a pasty baking kitchen. 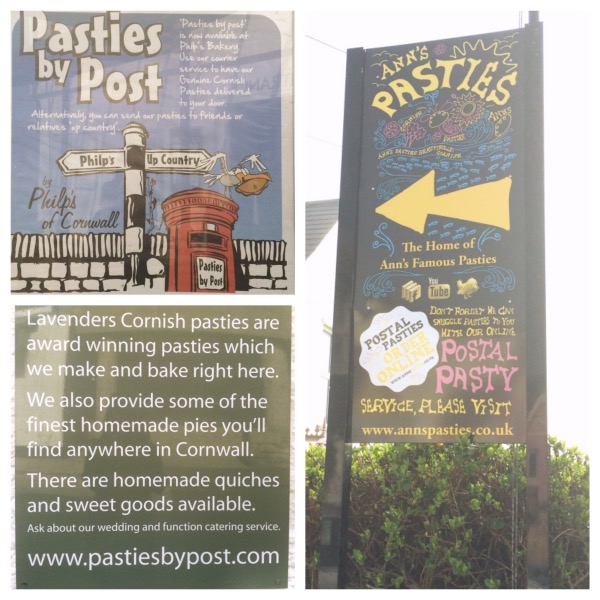 We bought some of her pasties then headed further west for Penzance; home to pirates and twenty pasty shops. We bought another highly rated artisan pasty from Lavenders in the main drag and we were off again.

This time we headed for the town of Hayle where the Philps bakery shop is a shrine to all things pasty. It’s quite commercial with a selection of pasty themed gifts but locals rate their pasties very highly and drive miles to get them.

So with samples of three of the finest artisan baked pasties to be had on the planet we headed north by north east back to Wiltshire. There we set about testing our finds in a blind tasting session. 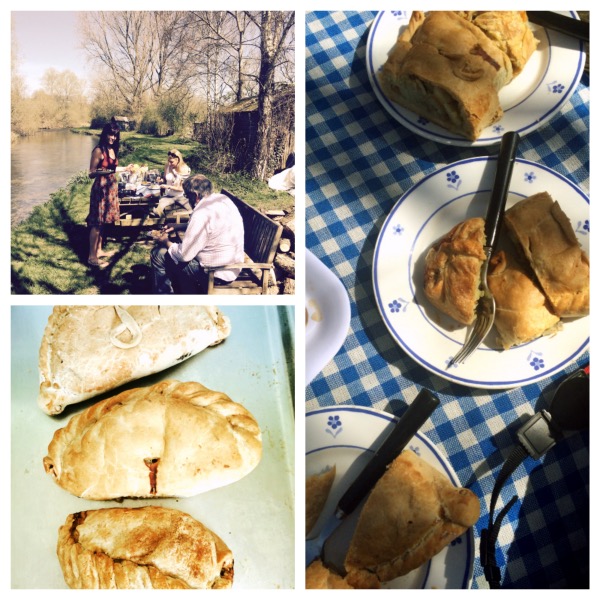 Stephanie supervised while I took part with photographer Les Wilson and celebrity make-up artist Alice Theobald. They’d been on location locally and we’d co-opted them into our trial. The results were emphatic.

Ann’s kitchen baked pasty was the clear favourite and Les raved over the filling and the wonderful, moist quality of the pastry.  Alice agreed.

I carried out my own autopsy on Ann’s handiwork and found sumptuous best skirt beef baked to perfection. There were onions, turnip and potatoes so perfectly cooked they melted in the mouth. And the pastry that encased it? Oh, the pastry! It was sublime. 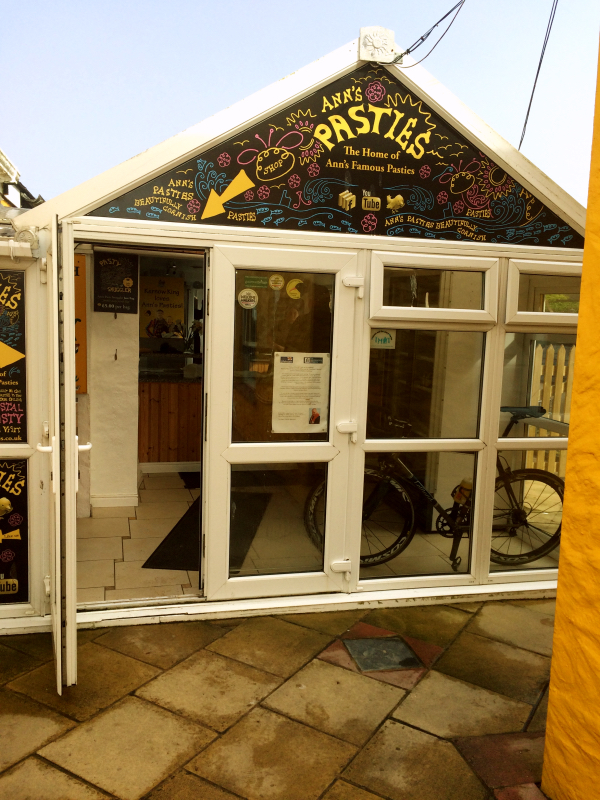 Philp’s pasties came a creditable second but I’m afraid we all thought Lavender’s far too salty. That’s an opinion I’ve since discovered is shared by some Cornish experts too. Easy on the salt Lavender’s please.