I’ve never been mistaken for a singer before. Most people seem to know instinctively that I’m chronically unable to hold a note.

And so you could have knocked me down with a feather when someone in a coffee shop mistook Stephanie and I for a singing duo supposed to be playing at a local venue that night.

Not us I said.

But you two look like the picture and your moustache is the same as the one on the promo material, we were told 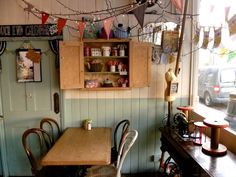 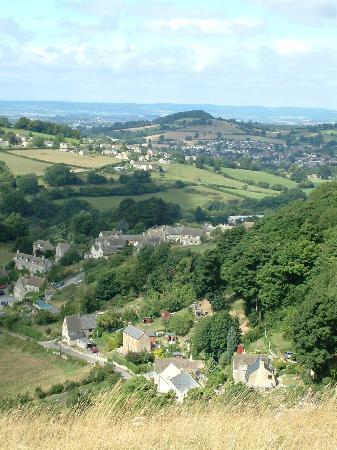 A conversation began and it turned out the person inquiring was Phil Booth who runs the not for profit community television station in the town of Stroud. A cheerful, enthusiastic and dedicated man he thought he was going to be interviewing us. Instead we exchanged cards and promised to keep in touch. That’s Stroud for you. Friendly and the scene of unexpected encounters.

The town itself is a maze of vertigo inducing terraces of Cotswold stone, squeezed like toothpaste through a series of five limestone gorges. It has great character and stubborn individualistic streak to match the topography.

The tone was set five hundred years ago when the town’s only teacher at the time, a stubborn radical, refused to teach the catechism. He was sacked but that didn’t stem the flow of eccentrics and mavericks, artists and poets, and those who are simply different who have been heading for Stroud ever since.

No surprise that today it is a centre of free-thinking and positive localism, where many organisations dedicated to promoting community values and sustainability happily rub shoulders. 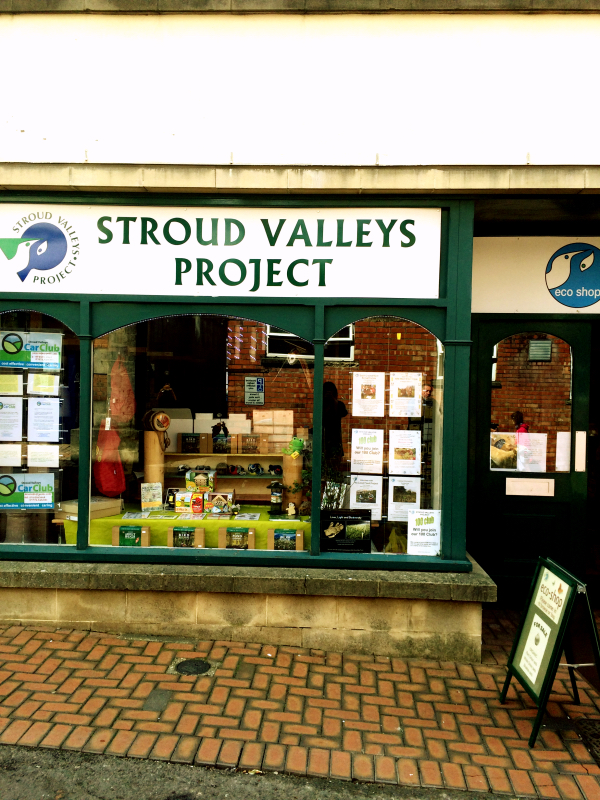 One example is the fact Stroud became the world’s first Bee Guardian town dedicated to promoting the well being of the many species of solitary bumble bees which don’t live in throbbing hives of honey production.  If that’s not looking out for disadvantaged minorities I don’t know what is.

Then again the municipal council is ruled by the environmentalist Green Party and 11 of the town’s eighteen councillors are that party’s candidates. And the Stroud Valley Project based in the town centre with its Eco Shop is at the heart of the area’s progressive ideas. They help introduce socially deprived young people to ideas of sustainability and planet friendly values.

Stroud is also home to the UK’s Biodynamic Society, which promotes planting and growing crops in harmony with the moods of our planet and its moon. Great stuff. Right up Bohemian Mojo’s street.

Home, as well, to the UK’s first farmers’ market which bustles along a couple of streets every Saturday morning. The market has remained enduringly popular since it was found 15 years ago and has been the inspiration for the other local, sustainable markets, which followed across Britain. 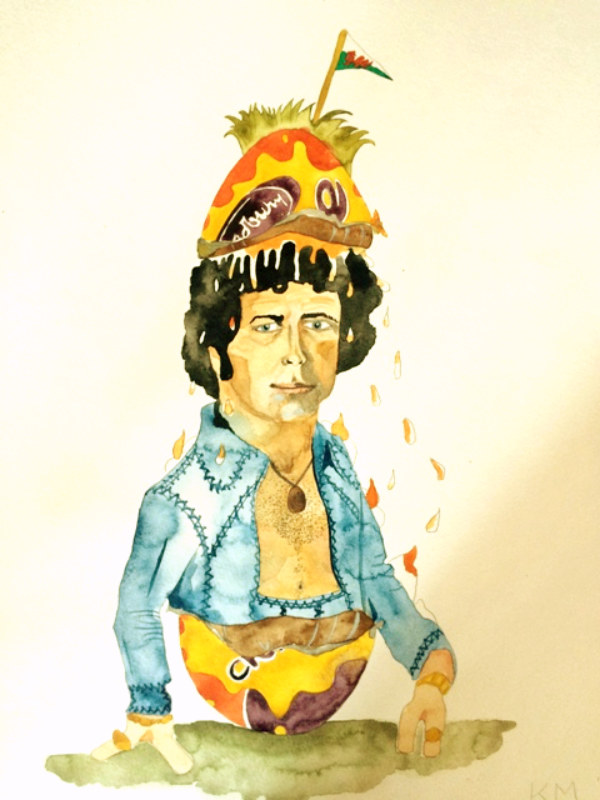 Another encounter when we turned a corner in the town centre to see an old friend sitting on a bench with her new baby. Kate Merry is an artist with a very interesting take on life. I first met her in London where she shared a house with my son Harry.

I’m the proud owner of a painting she gave me portraying Tom Jones emerging from a Cadburys Cream Egg. I love it! Kate epitomises the quirky, kind nature of Stroud and after meeting baby Winifred we said goodbye and headed for the Sunshine organic shop to pick up some tasty snacks. 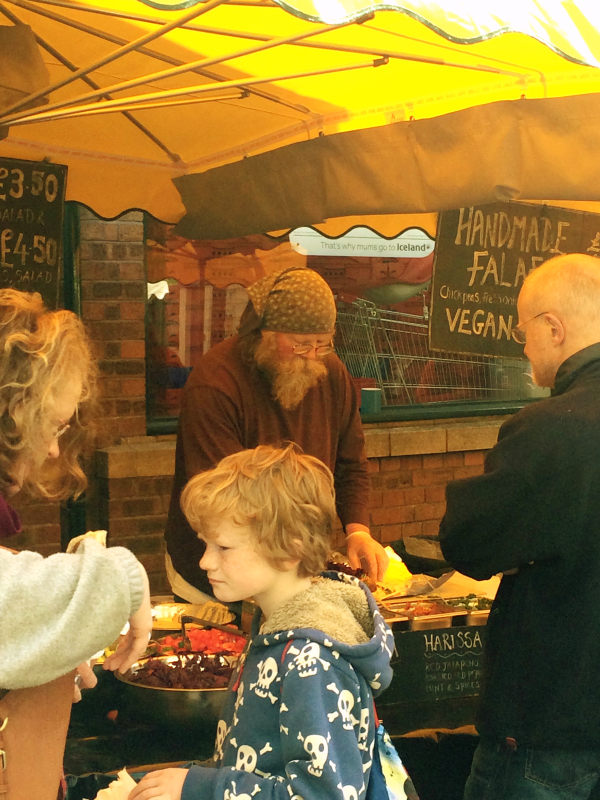 Another unexpected meeting on market day.  This time we bumped into Jess Standing who is the live wire secretary of the UK Biodynamic Society based in Stroud. She spends her Saturday’s working with a friend on an Asian food stall at the market.

Jess is a passionate advocate of biodynamic agriculture and Bohemian Mojo will be returning to take a closer look at the subject soon.

What could be nicer than a stroll through Stroud.