Services with a smile...

The thought of breaking a journey on the British motorway system isn’t an enthralling one. In fact it can cause quite a few people to blow a gasket. The reason for that is a phenomenon called the Motorway Service Area. The UK highway network is dotted with Motorway Services and they are regulated by law because drivers need places where they can break-up long journeys a drink and a hot meal.

It’s argued Services are needed to keep motorists safe to drive. All well and good but whenever I visit one of these roadside malls I’m amazed how dreary these roadside malls can be; despite all the bright lights and hoarding. If only there were something more possible??? 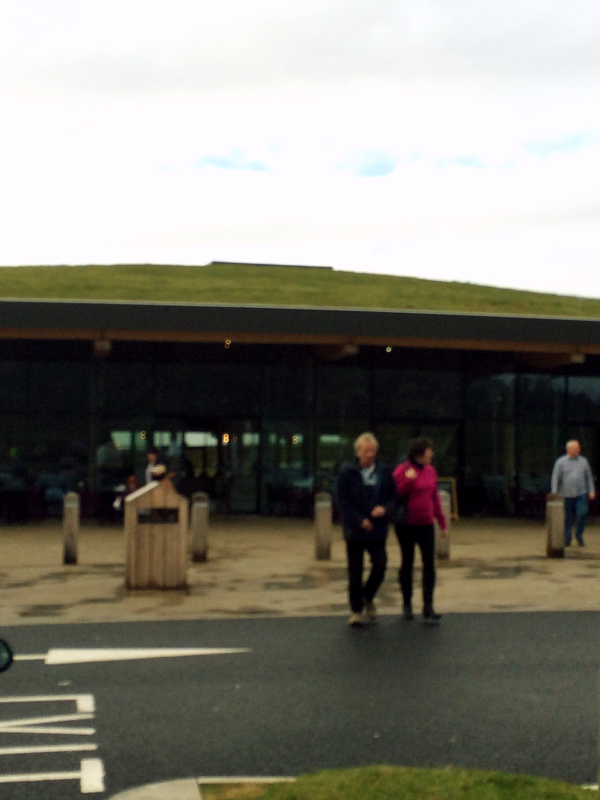 Sadly their reputation is for unappetizing, reheated food served up in cafeterias by staff with a ‘give a damn attitude.’  Most of them have big name, pre-fabricated food concessions clustered around the main food hall.

If you’re lucky you might find derisory salad choices and chilled fruit that numbs the teeth. But you can find a wide selection of sugar loaded, fat rich, salt laced processed food. And by and large burger chains are the only concessions as none are given to anything that isn’t processed or pre-packed. 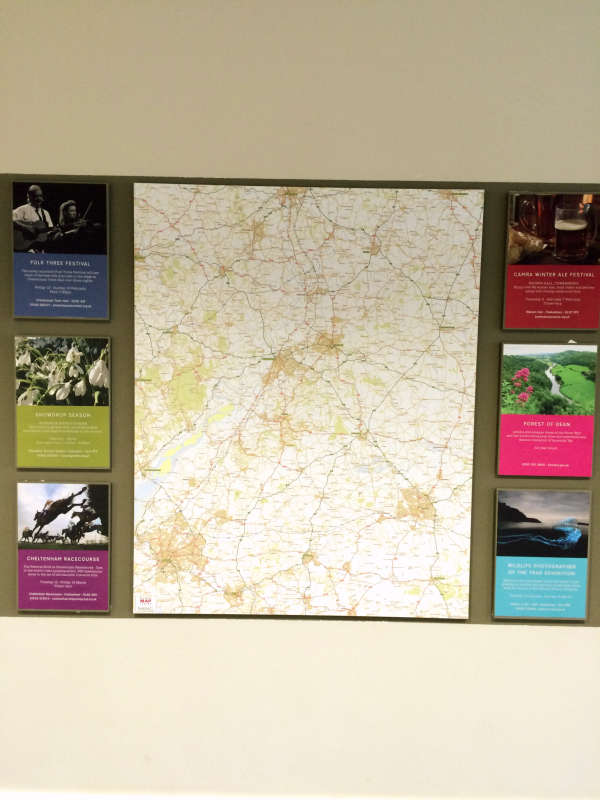 On a map Service Areas manifest themselves like sclerotic nodes of obesity and diabetes on the arterial system. It’s a real shame.

Since Roman times major routes across Britain have had wayside inns, often near shrines, where travellers might stop to refresh and pray for a safe onward journey. In these modern times we have Motorway Services; shrines dedicated to the gods of fast food and quick turnover.

Personally I use the Services to fill my tank and use the toilet before I flee back onto the highway praying I won’t famish before my journey’s end. So, with no irony at all, I call Motorway Services fuelavatories.

All very depressing and it’s little wonder there are useful handbooks and phone Apps dedicated to guiding people off the motorway system to pubs and eateries in the countryside nearby for a more civilized break. 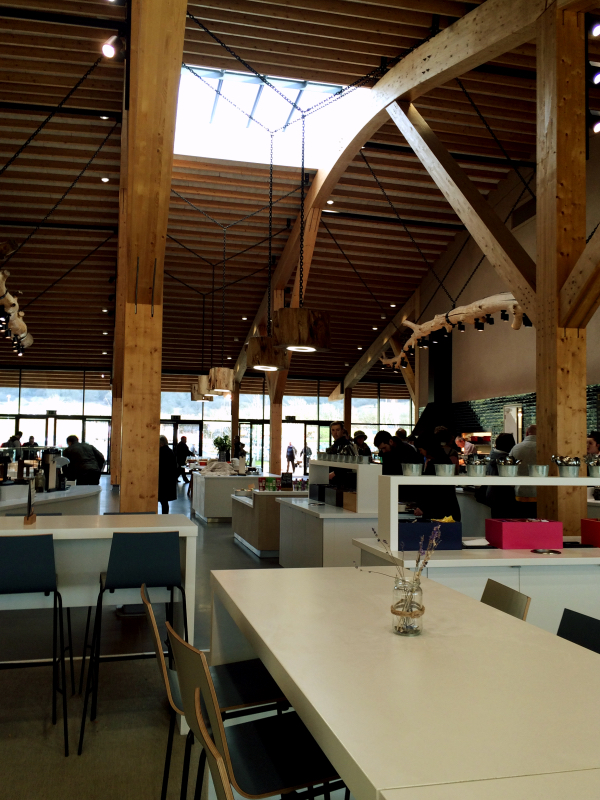 The M5 runs from Exeter in the West Country to Birmingham in the Midlands and is particularly busy during summer vacations when it carries millions to the moors and beaches of Devon and Cornwall. We’d heard good things about Gloucester so Stephanie and I headed off to see for ourselves.

The place has got a great back story too.  More than forty years ago farming family called the Dunnings, from the Beatrix Potter country of the Lake District, were told their farm would be split by another motorway; the M6.

Rather than be crushed by the blow they responded by applying to open a Motorway Service Area on the site which was duly opened when the Prince of Wales cut the ribbon at Tebay Services in 1972.

It specialized in ‘real’ ingredients locally sourced, including meat from their own farm, and has been attracting travellers in their millions since. 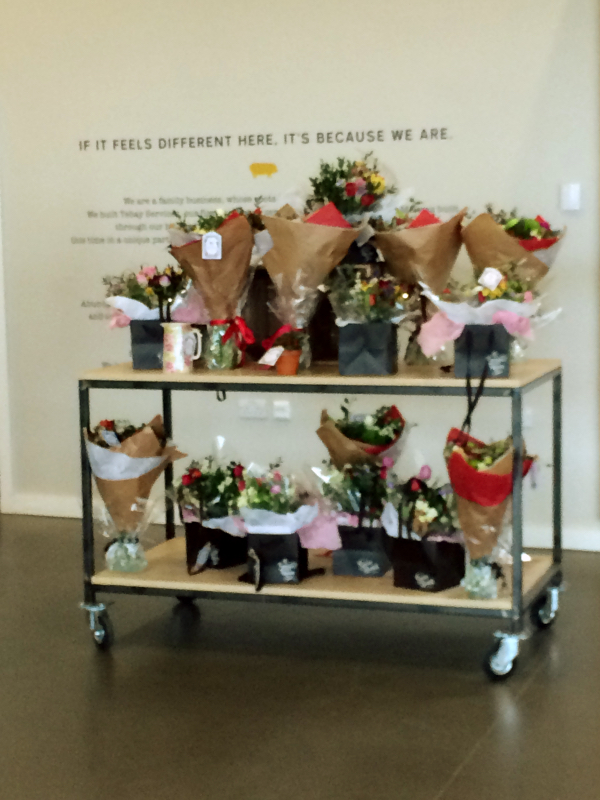 Fast forward to Gloucester where a visionary community charity, the Gloucestershire Gateway Trust, was given land and the chance to open a Service Area at Gloucester. They see this as a local regeneration project and teamed up with the expertise and investment of Sarah Dunning, the farmer’s daughter from Tebay.

Hey presto!  With a shared ethic and after years of hard work behind the scenes they opened Gloucester on the north bound side of the motorway last year; the southbound side should open this year. That brings the number of sustainable motorway services in the UK to two.

It’s envisaged half a million pounds a year will go to community work and already they’ve given sixty out of one hundred and fifty jobs to unemployed people from the Gloucester area.

So what’s special about Gloucester Services? The first thing that hits you when you pull off the motorway and park are the visuals. It’s different. From outside the grass roofed building conveys the feel of an iron age round house and the whole project is landscaped into a natural bowl. 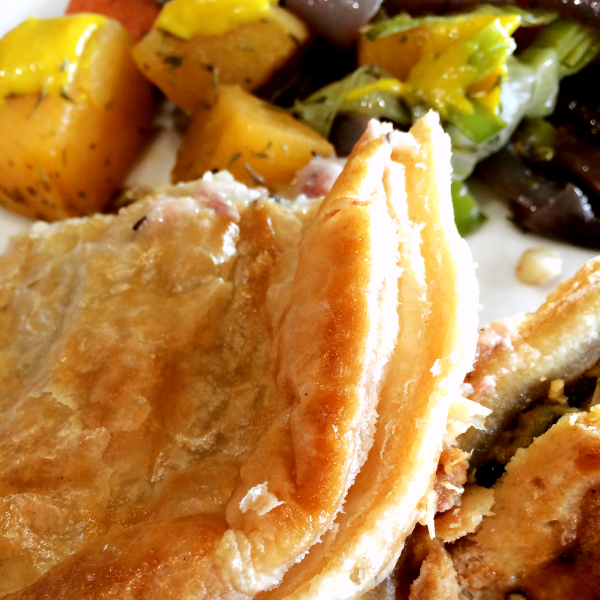 Inside the building is airy and spacious but we were too hungry for anything but a cursory glance around at first. Stephanie and I headed for the cafeteria and were delighted to find honest fare cooked on site from local ingredients. The very words make me salivate and the pie I chose was delicious.

Lunch over, we headed for the food hall which can be summed up in words dear to the Bohemian Mojo philosophy; local, sustainable, traditional and hand-made.

A map on a chalk board behind the cash registers proclaimed “You can’t buy happiness but you can buy local.”

An excellent credo and Stephanie and I found plenty that was local. First there were shelves of hand -made crafts and clothes. Jams, preserves and then aisles stacked with locally brewed ales and locally pressed ciders. 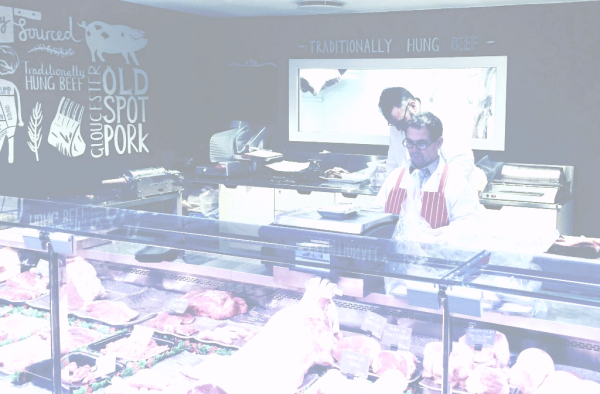 It’s then we got our first glimpse of the showpiece of Gloucester Services – a traditional butchers shop with top cuts of welfare reared, sustainable meat. We had a closer look and found it came complete with two jolly butchers!

There’s a great dairy section too with fine cheeses, like the wonderfully named Stinking Bishop, and organic milk from a Cotswolds dairy. The deli counter carries a selection of great pies and rolls created in the rolling Gloucestershire hills nearby. Great bread from two fine bakeries in the Gloucester hinterland. Handmade chocolate too.

In all they stock goods from 130 suppliers in the immediate thirty mile radius and seventy more from further afield in the south west region. Good effort!

The Gloucester Services farm shop stocks products from 130 suppliers in the immediate 30-mile radius, as well as another 70 from further afield in the South West. 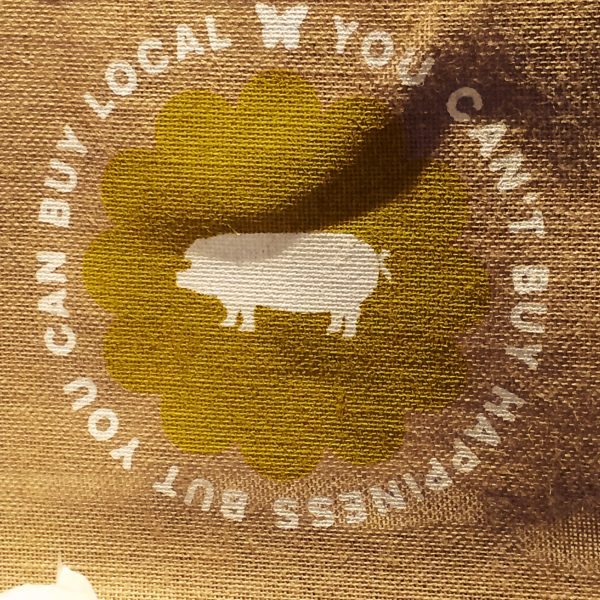 I doubt whether the fare on offer at Gloucester will be everyone’s cup of tea. I can’t see the average coach full of soccer fans on their way to a match will be buying many jars of home-made jam.

So, now we have two sustainable Motorway Services in the UK. First Tebay on the edge of the picturesque Lake District and then, two hundred miles south came Gloucester; within sight of the medieval cathedral.

Where next I wonder?