Sweet, with a hint of vanilla and honey and a texture that is smooth and creamy; it’s not for nothing that the Cherimoya is also called a custard apple. 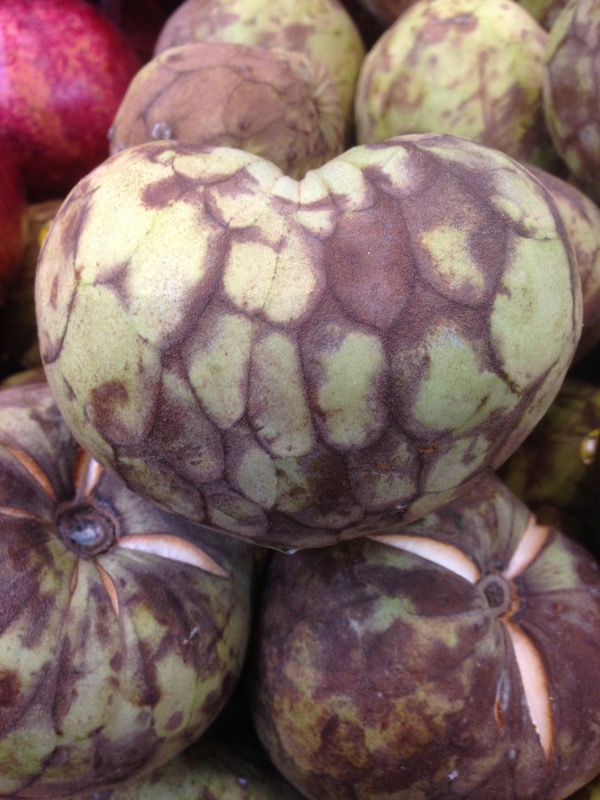 I think the cherimoya is a most interesting fruit with their daunting outer covering that gives the illusion of scales and reminds me of the skin of a dragon.

The cherimoya is an example of a fruit that really needs human intervention to survive.  For the most part, they must be hand pollinated in order to insure that fruit will be produced. It has trained us well. For a fruit that originated in the Andes, it can now be found appropriate climates around the globe.

From a culinary perspective, cherimoya is really best when unadulterated. Because it is so creamy and delicious, it can be frozen to serve as an ice cream substitute. It can also be pureed and made into delicious custard filling for things like tarts or puddings. I like to eat them just as the whole fruit. They have large black seeds that can be easily removed as the rest of the fruit is enjoyed. 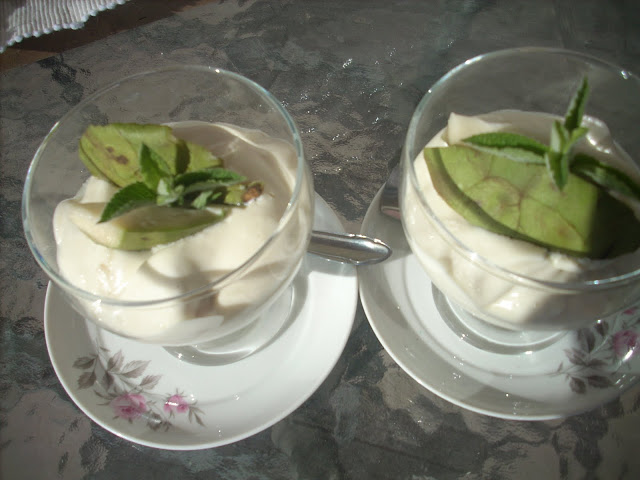 From a health perspective, cherimoya is a good mood food as well as heart healthy and packed with select group of antioxidants that do some interesting things.  Several studies suggest that a particular alkaloid extract found in the cherimoya can act as an anti-depressant, contributing to increase in the neurotransmitters that act as the foundation for dopamine modulation. These same alkaloid compounds have demonstrated anticonvulsant and anti-anxiety activity. Because of the fruits ability to help the brain manufacture GABA they have also demonstrated the potential to help decrease inflammation in the brain that contributes to things like migraine headaches. The cherimoya also contains some pretty powerful cytotoxins, which research has found effective against certain cancers and even malaria.