"That was about as Bon Vivant as one could be back then; knowing how to eat an artichoke!" ~B.Livingston 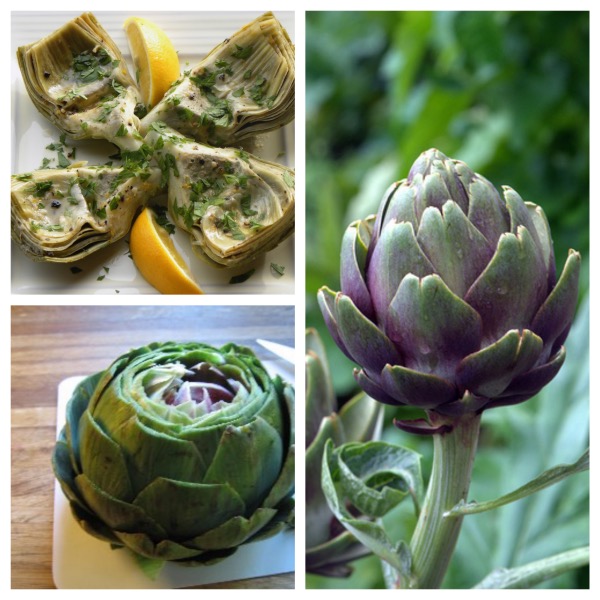 The artichoke is a member of the thistle family. In fact, the part that we are typically used to consuming is actually the bud of a flower. Artichokes have an interesting taste spectrum. Very young artichokes are often slightly sweet and almost grassy tasting; while more mature buds can have a bitter back note. If you’ve never eaten an artichoke from the bud, I imagine first impression can seem daunting. It is best only to consume the fleshy part of the leaf and the center of the bud, called the heart; although in young plants, the whole leaf can be attempted with better results.

Artichoke contains a chemical compound called cynarin that blocks some of your taste receptors and gives food the impression of sweetness. For this reason it is sometimes added to drinks or foods as a sweetener, even though technically it isn’t.

From a health perspective Artichoke has quite the impressive resume’.  Research demonstrates that it stimulates bile production in the liver, a result of the compound silymarin (also found in milk thistle), which helps detox the body. This is also useful for getting rid of indigestion and even hangovers.  Artichokes are also high in vitamins and minerals that provide protection against high cholesterol, syndrome x, and bone density issues. Interest new research suggests that the fiber content combined with certain chemical compounds found in the artichoke leaf can help minimize Gastrointestinal issues, including IBS and Crohn’s Disease.

If you don’t like eating artichoke, you can find it in tea or liqueur, or you can make a soup out of it.

Either way, it’s worth expanding your palate repertoire by including the occasional artichoke.